Yes, we’ve all heard about political polarization, income inequality, and the culture wars in the US.

Just how disconnected has our political discourse become? Consider the stark differences in attributions of the underlying causes of the Pittsburgh synagogue shooting and spate of pipe bombs that were mailed to Trump critics. For prominent Democrats, the attacks are a product of the president’s inflammatory rhetoric and past, tacit endorsement of bigots; from the president, the violence can be laid at the door of the dishonest “Fake News” media.

What gets less attention are the structural trends that are intensifying alienation, distrust, resentment, and anger among Americans.

This article looks at three of these trends: the Big Sort, or the massive socio-economic segregation and concentration of like-minded communities; the Great Divide, by which economic prosperity has become reserved exclusively for only the highest income earners; and the Great Replacement, by which whites and Christians fear they will be supplemented and eventually persecuted by non-whites and Muslims, given immigration trends.

The Big Sort: Balkanization of America

In what has become known as the Big Sort, Americas have sorted themselves into like-minded communities, segregated along social, racial, and ideological lines. This concentration of demographically homogeneous communities can be seen not just by region, state, and city, but also at the county and neighborhood level.

One group of Americans — predominately affluent and well-educated, as well as the young — are flocking to, and driving up housing prices in, coastal metropolitan areas (San Francisco, Los Angeles, Seattle, and along the New York–Boston–Washington corridor).

This balkanization of America can perhaps be best seen in the voting patterns of urban vs. rural communities. In the US presidential elections of 2016, county-population density was a more accurate electoral predictor than race, income, education, or gender.

Counties with the fewest people voted for Trump; the most crowded regions voted for Clinton, who won 87 of the 100 largest counties by more than 15 million votes combined.

Some Americans are already thinking of making these boundaries even more defined. In January of this year a conservative group in California floated a proposal to create New California, which would bifurcate the state’s 58 counties, extracting lightly populated rural counties from densely populated coastal and metro areas. 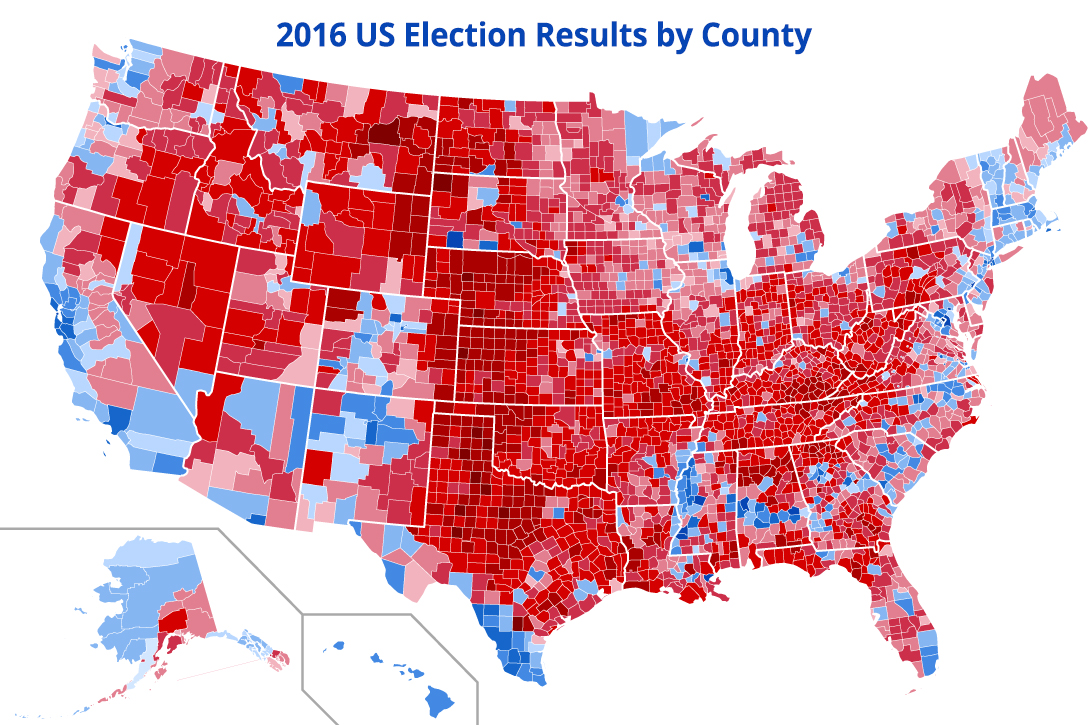 The Great Divide: Prosperity for the Rich

A 2016 research study shows that economic prosperity is no longer shared in the US, but reserved exclusively for the top 10 percent earners — a disparity associated with the rise of populism on both the right and the left.

In contrast, over this same time period the average pre-tax income of the bottom 50 percent of individual income earners stagnated at about $16,000 per adult, after adjusting for inflation.

In his 2015 book, The Great Divide: Unequal Societies and What We Can Do About Them, Nobel-Prize winning economist Joseph Stiglitz argued that the growing chasm between the one percent and 99 percent not only inhibited overall economic growth, but threatened to destabilize American society. Given growing economic, social, and racial barriers to upward mobility, he found inequality of outcomes has evolved into inequality of opportunities for the majority of Americans. 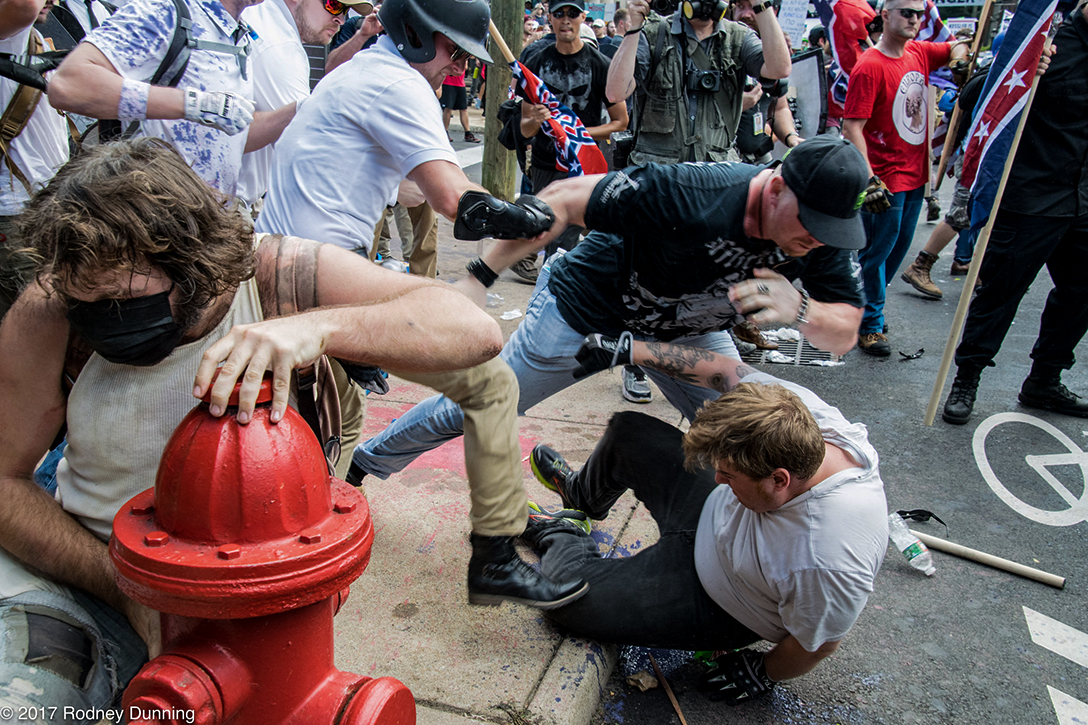 The Great Replacement: The Rise of White Nationalism

Embraced by the alt-right movement and most recently endorsed by GOP Representative Steve King of Iowa in his August 2018 interview with an Austrian right-wing web site, the Great Replacement represents the fear that white European culture is under siege, as birth rates among whites fall while immigrants (many perceived to be from Muslim-majority countries) pour into America.

Although the White House and the Republican Party have not explicitly endorsed this view, many of the comments by the president and the immigration policies by his administration seem to be informed by it.

While some business and political leaders have publicly bemoaned the decline of civility — unending gridlock in Congress and the “echo chamber” effects of social media — the powerful global economic, social, and cultural forces that are tearing the US apart show no signs of abating.