President Donald Trump signed an executive order Wednesday that could lead to sanctions against countries or individuals for interfering in US elections, but lawmakers from both parties say the order does not go far enough.

Apart from Trump himself, there is little doubt among those who have seen the evidence that members of the Russian government interfered in the 2016 US presidential election in various ways and that foreign individuals or governments are increasing their efforts to do the same in 2018. Lawmakers from both parties, but especially Democrats, have criticized Trump’s refusal to acknowledge that meddling occurred and are worried that future elections are vulnerable.

“Although there has been no evidence of a foreign power altering the outcome or vote tabulation in any United States election, foreign powers have historically sought to exploit America’s free and open political system,” the order stated.

Trump has appeared reluctant to acknowledge any part of the evidence of interference, as it could cast doubt on the idea that he won the election fairly and without outside help.

The order the president signed would target anyone who attempts to meddle directly — by targeting voting machines or election software, for example — or indirectly, through propaganda or by fraudulently voting absentee as a US citizen.

“We felt it was important to demonstrate the president has taken command of this issue, that it’s something he cares deeply about,” National Security Adviser John Bolton told reporters on a conference call Wednesday. “The integrity of our elections and our constitutional process are a high priority to him.”

The order gives the Director of National Intelligence (DNI) the authority to investigate whether meddling took place and who was behind it. The DNI will share its findings with the Departments of Justice and Homeland Security, who will jointly determine if and what sanctions are appropriate. Sanctions could include freezing US assets of individuals or groups, removing their access to the American financial system, and banning them from entering the country.

Democratic and Republican lawmakers, however, don’t think the order goes as far as it needs to. Sens. Chris Van Hollen (D-MD) and Marco Rubio (R-FLA), the authors of legislation that would impose mandatory sanctions on countries found to meddle in US elections, issued a joint statement in response to the order. 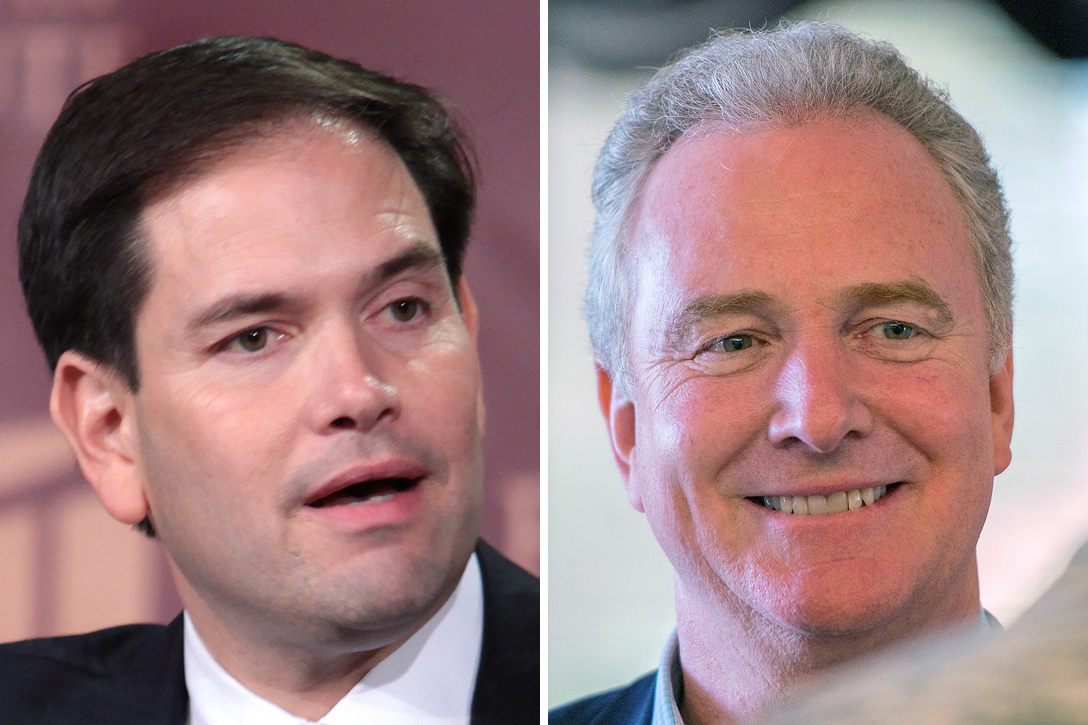 “Today’s announcement by the Administration recognizes the threat, but does not go far enough to address it. The United States can and must do more,” it said. “We must make sure Vladimir Putin’s Russia, or any other foreign actor, understands that we will respond decisively and impose punishing consequences against those who interfere in our democracy.”

Sen. Mark Warner (D-VA), vice-chairman of the Senate Intelligence Committee, also criticized the executive order. He has previously blasted Trump’s refusal to respond to the evidence of Russia’s attempts at interfering in the election.

“Unfortunately, President Trump demonstrated in Helsinki and elsewhere that he simply cannot be counted upon to stand up to Putin when it matters,” Warner tweeted. “An executive order that inevitably leaves the President broad discretion to decide whether to impose tough sanctions against those who attack our democracy is insufficient.”

Director of National Intelligence Dan Coats has warned that Russian efforts to undermine US elections did not stop in 2016.

“We are doing everything we possibly can, first of all to prevent any interference with our election, and then to do a full assessment after the election,” he told reporters at the White House on Wednesday.

“It’s more than Russia here that we are looking at,” he added.

China, Iran, and North Korea have also been identified as potential threats to election integrity.

Sens. Lindsey Graham (R-SC) and Dick Durbin (D-IL) also wrote a bill that seeks to protect election integrity — the Defending Elections from Threats by Establishing Redlines (DETER) Act — which would prevent foreign individuals that have attempted to interfere in US elections from entering the country. The Senate Judiciary Committee is set to take up the bill on Thursday.