After an uproar, Randolph county’s sites were saved, but that outcome is the exception, not the rule, in such cases.

“Too often, these are intentional acts of voter suppression led by racial animus,” Laura Grace, the Election Project Manager with the Lawyer’s Committee on Civil Rights, told WhoWhatWhy by email.

Local leadership has closed nearly 1,000 sites nationwide since the Supreme Court struck down key provisions of the Voting Rights Act in its 2013 decision in Shelby County v. Eric Holder.

“Preventative tools have been removed and therefore the field is clear,” Liz Kennedy, senior director of government and democratic reform at the left-leaning Center for American Progress, told WhoWhatWhy. “If you can change the rules of the political process you can prevent people from exercising their political power.”

Closing election precincts has historically been a strategy to keep people from the ballot box. It is often rationalized as a cash-saving strategy to reduce the burden of staffing and equipment maintenance. In Georgia, a white consultant suggested officials target their penny-pinching in areas with large black populations and high rates of poverty.

That the recent attempts to close polling sites in Georgia occurred in the midst of a fraught gubernatorial election pitting Stacey Abrams, the state’s first-ever black female candidate for governor, against the conservative Secretary of State Brian Kemp came as no surprise to many critics. 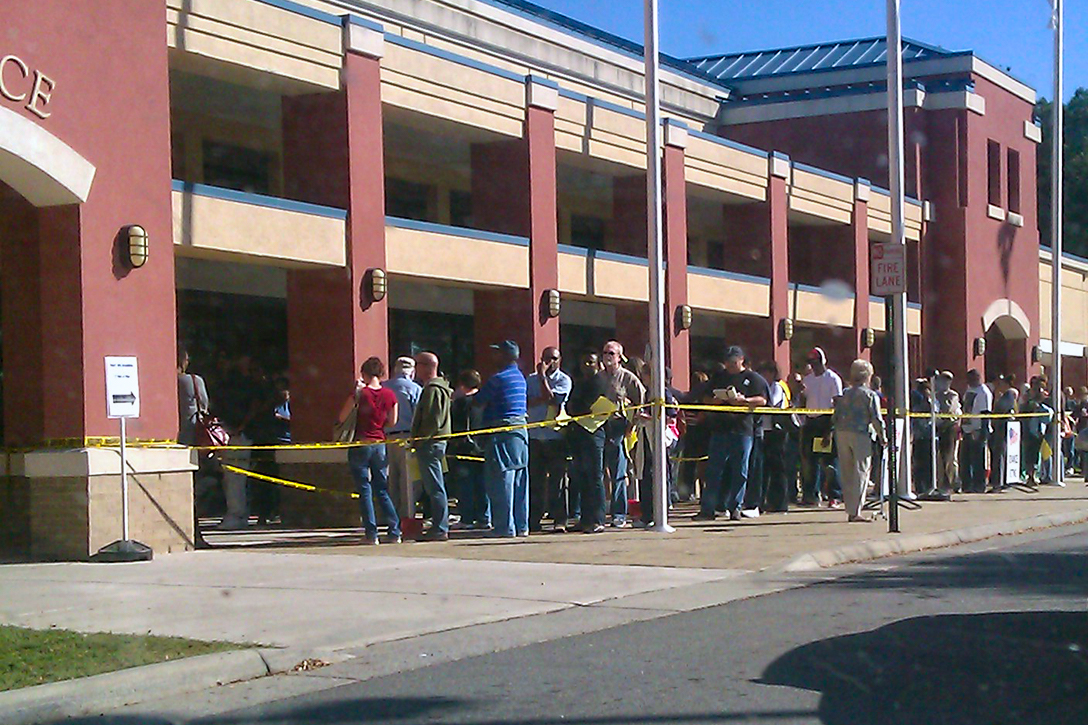 Polling site location has a substantial influence on who votes. In rural areas, some polling places serve a handful of voters each election season — a fact often used to explain closures in communities with large populations of minority voters. In Indiana, the NAACP recently filed a lawsuit in response to a state law which would have closed polling sites in Lake County that had less than 600 “active voters.” The closures would have an outsized impact on Latino and black communities, the plaintiffs argued.

Had Randolph County gone ahead and closed more than three-quarters of its polling sites, many residents would have had to travel several miles to cast a ballot in a part of the state with poor public transportation. And closing polling sites necessarily overburdens the remaining precincts, creating the long lines that dissuade people from voting.

Part of the challenge in Georgia and elsewhere is a lack of reliable information. The Atlanta Journal-Constitution reported that the Secretary of State’s office — headed by the Republican candidate for governor — claimed to have no data on the number of closed polling locations statewide until reporters conducted an independent investigation.

Local election officials can operate under the radar. Many fail to even notify voters in their jurisdictions of changes in polling locations. Research from the Leadership Conference Education Fund found that communities have come to rely on advocacy and civil rights organizations — as well as journalists — for such crucial information.

Lacking federal oversight since the 2013 Supreme Court decision, citizens are forced to rely on lawsuits to defend their voting rights — which require considerable time and resources.

“We’re clearly seeing where we now have to use those kinds of eyes and ears on the ground,” Kennedy said.

Certain states or counties have taken advantage of the post-Shelby landscape, critics charge, to manipulate the process and prevent their citizens’ voices from being heard. Ultimately, Kennedy says, that’s why we need to restore federal protection of voting rights.

Correction notice, 9/6/2018, 1:22 p.m.: An earlier version of this article incorrectly referred to Laura Grace as an attorney for the Lawyer’s Committee on Civil Rights.