The White House claimed that Trump’s decision was based on the national security concerns of his Department of Justice.

But a week earlier, Trump ignored similar qualms from DOJ when he allowed the release of the Nunes memo.

It is possible a redacted version of the Democratic document may ultimately be released. But since even Republican policymakers and conservatives did not find the Nunes document very persuasive, it is likely that most of the public has lost interest by now.

Yet how the memo was framed, how it generated media attention, and the questions it raises remain relevant.

Not so long ago, government openness and accountability were issues that drew bipartisan support. Progressive and conservative groups that championed these issues often worked together.

But in late January, a new Twitter campaign, ostensibly about open government, was launched by staunch political partisans who urged Congress and the president to #ReleaseTheMemo.

#ReleaseTheMemo demanded public disclosure of an analysis of how the FBI convinced a secret court to authorize the surveillance of Trump campaign aide Carter Page. Nunes, who chairs the House Permanent Subcommittee on Intelligence (HPSCI), framed the issue as a fight for transparency. House Republicans on HPSCI voted to release the classified memo, and Trump agreed.

The Nunes memo assailed the FBI for convincing a judge to permit the surveillance of Page without stating that the bureau relied on evidence paid for by the Clinton campaign.

Only the memo itself does not corroborate that accusation, and Nunes reportedly now concedes that the FBI — in a footnote — did tell the court that it based the justification for the surveillance in part on findings from a “political” source. The memo’s release did not provoke much praise, even from the right. Several conservative groups and media outlets critiqued Nunes’s effort. National Review’s headline, “The Memo Doesn’t Make Its Case,” was one of the kindest.

Nevertheless, Nunes says he will now be taking his investigation to potential abuses at the State Department.

Interestingly, the people who for years have formed bipartisan alliances to make government more open and accountable were largely missing from this fight.

Why? They contend that Nunes’s effort was not the crusade he made it out to be. Indeed, it’s defined by what it is not.

“Nunes is using the tools and the rhetoric of transparency not for broad accountability but to advance a very particular agenda of his own,” Steven Aftergood told WhoWhatWhy. Aftergood, who directs the Project on Government Secrecy at the Federation of American Scientists, is worried that Nunes’s attempt to cloak his effort under the mantle of openness “could taint transparency initiatives by making them all seem trivially partisan.”

Aftergood and others in the transparency community make the case that the memo itself was not actually a government document. Instead, it was based on a “perception” of the underlying classified documents by Republicans with an agenda.

What makes this ploy all the more, uh, transparent — advocates charge — is that House Republicans on HPSCI voted to release only a Republican memo based on classified materials, and not a rebuttal memo from committee Democrats. (After the Nunes memo was released, and days later, HPSCI unanimously voted on February 5 to make public the Democratic counter-memo that Trump on Friday refused to release.)

That’s not how Congress operates, says Daniel Schuman, Policy Director for DemandProgress and a former congressional staffer, referring to the established process for congressional committees to conduct hearings and oversight in a way that respects the views of all members. “You don’t have a random staffer go off and write a memo, and then drop it on the minority 20 minutes before the vote, and say, ‘Okay, this is the thing we’re reporting out and you don’t get to say anything about it.’”

Trump claimed in a tweet that the Nunes memo “totally vindicates ‘Trump’ in [Russia] probe,” but it seems he’s pretty lonely in that assertion. Rep. Trey Gowdy (R-SC), who co-wrote the memo and actually read the classified documents, tweeted that it “does not undermine the Mueller investigation in any way.”

House Speaker Rep. Paul Ryan (R-WI) made the same point, stating that the memo “does not impugn the Mueller investigation or the deputy attorney general.”

3) Not About Congressional Oversight

In the same press briefing where Ryan walked away from Trump’s claim, he strongly asserted that the Nunes memo was about “legitimate oversight” of the executive branch intelligence agencies.

But Schuman contends that is absolutely not the case.

“If Nunes was serious and not just politically posturing, then he would have brought this up during the 702 fight,” he said. Critics worry that Section 702 of the Foreign Intelligence Surveillance Act (FISA) has been used by intelligence agencies spying on foreign communications to also “incidentally” collect and search information on Americans without first obtaining a warrant. Section 702 was reauthorized by Congress last month.

“If he thought that there was a real problem with the way FISA works, he wouldn’t have worked to expand the powers of the government to engage in mass surveillance, including the surveillance of Americans without a warrant,” Schuman charged. If Nunes truly had these qualms, he said, “the time to bring it up is during the reauthorization. But he waited right until it was done, and then he picked this fight.”

And Aftergood points out that even if Nunes had concerns only about the Russia inquiry, a staff memo was not the way to do oversight.

“You have hearings, you do an investigation, you get officials on the record, and you publish a real report that summarizes the evidence and the conclusions,” he said. “The 3 1/2 page staff memo is not that report. At best, it’s a justification for why a real investigation should be done. But it cannot possibly exhaust the subject that it addressed.”

Certainly, Republicans on the committee have received the strongest criticism. DemandProgress and the Project on Government Oversight, both known for their willingness to work with conservative groups on government openness and accountability, called on Ryan to fire every Republican member of HPSCI save one — Gowdy — from the committee. Their reason? The other committee Republicans, including Nunes, had voted to release the memo without seeing the underlying classified information on which it was based.

In their letter, the groups assert that the Republicans’ vote “constitutes such a severe lack of judgment” and demonstrates “an inability to fulfill their constitutional oversight obligations” or “to maintain public trust in their findings and recommendations” that they should be replaced.

Schuman also had harsh words for the committee’s ranking Democrat Adam Schiff (CA), who, he charged, also failed the oversight test. Nunes and Schiff had, “only days before, joined hands” to defeat bipartisan efforts in the House to amend the 702 law to provide US citizens with more surveillance protections. 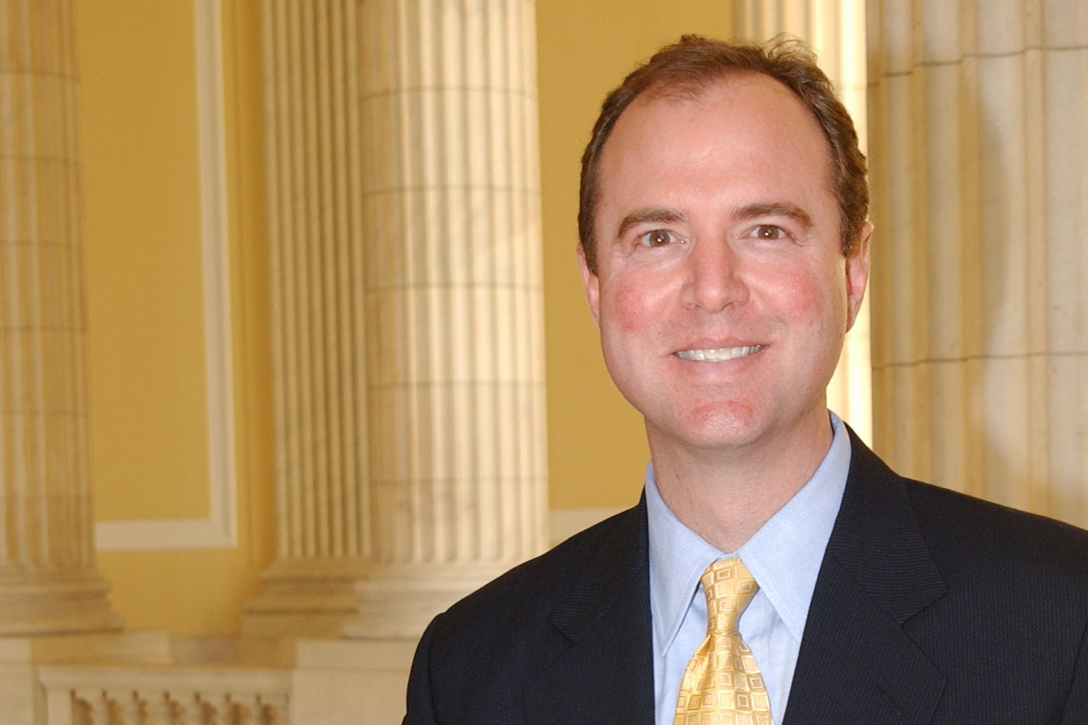 Aftergood worries that Nunes’s rhetoric may have exacerbated a situation in which it is becoming more difficult to reach consensus on the meaning of words like “transparency.” There are people, many of them Trump backers, who support the Nunes memo as revealing “hidden truths,” he said, while others “including myself” believe it a “manipulative exercise.”

“It is proving very difficult for people with those diverging views to communicate with one another. It’s as if we are entering separate incompatible political universes,” Aftergood laments. “That’s a dangerous place to be. It makes it harder to work in a cooperative, democratic fashion to solve the many problems that we have.”

The Nunes flap also reinforces the failings of HPSCI, something 34 progressive and conservative groups addressed in a detailed letter calling for reforms to the committee. The letter was released in September 2016.

The letter called for a change in the way members of the committee are selected, to ensure that a diversity of views from both parties would be included, and that members of other crucial committees — including Homeland Security, Armed Services, and Judiciary — be included. Now, the choice of members rests entirely with the majority and minority leaders of the House, Schuman said. This selection process, he insisted, creates a committee whose members are known for their “fealty to the intelligence community.”

Another reform would have assigned a staffer to each HPSCI committee member with the security clearance to read classified documents. Without that staff support, panel members likely don’t get the briefings they need to conduct meaningful oversight.

The letter also called for a more transparent process to help inform the public about HPSCI’s oversight, permitting HPSCI to release a classified document unless two-thirds of the 22-member panel voted against it.

Those reforms have not been adopted. Indeed, partisan rancor on HPSCI is so intense that Republicans are erecting a wall to separate Democratic and Republican staffers.

6) An Unhealthy Elevation of the FBI

Schuman and others worry that far too many progressives are becoming enamored of the FBI and the Department of Justice. This trend began far before Trump, Schuman says, as many Americans looked to law enforcement and spy agencies to protect the US from terrorism post-9/11. “If you look at this as a civil liberties issue, then the left and right are working against the middle. A lot of Americans have been happy to trust law enforcement,” Schuman said.

But what’s new and disquieting, he added, are the changing attitudes of many on the progressive end of the spectrum.

“The left’s weird elevation of the FBI as the people who are going to protect us is unusual,” Schuman said. “If they think about communities of color and religious minorities and recent history they would know that’s not the case. The FBI is a profoundly anti-progressive entity in many respects.”

2 responses to “The Nunes Memo: Six Degrees of Separation from Reality”