President Trump held a joint Press Conference on Wednesday with Prime Minister Erna Solberg of Norway. This was the first opportunity for the press to query the President about the size of his nuclear button, or the recent reality show he put on at the White House with congressional leaders over DACA, meant to demonstrate his “stable genius,” and also answer questions about a rumored Robert Mueller interrogation.

I was wondering just what her excellency must have thought, when the press pretty much ignored her while President Trump repeated a multitude of denials with regard to any collusion with Russia.

While I was pondering her Excellency’s musings, I received an email from a representative of Congresswoman Maxine Waters (D-CA), an estimable member of the American Storting. Waters is a ranking member of the congressional committee monitoring the Department of Justice and Treasury’s long-term investigation of Deutsche Bank’s Russian money laundering, known as “mirror trades.”

Rep. Waters had apparently read the WhoWhatWhy article I wrote on Deutsche Bank and wanted to inform me that her office had written to Secretary of Treasury Steve Mnuchin and requested that he recuse himself from any oversight of that investigation, and anything else relative to President Donald J. Trump and his businesses. Waters also wrote to Attorney General Jeff Sessions and Deputy Attorney General Rod Rosenstein, demanding to know the current status of the “mirror trades” investigation.

While she was at it, she wrote to the current CEO of Deutsche Bank demanding all documents related to Trump and the Trump Organization’s interactions with Deutsche Bank. And she asked whether Deutsche Bank had laundered any money for Trump — as Steve Bannon, one of Trump’s erstwhile advisers, reportedly told Michael Wolff, author of Fire and Fury: Inside the Trump White House.

Waters, ranking member of the House Financial Services Committee, has been exploring the ties between Deutsche and Trump for nearly a year. 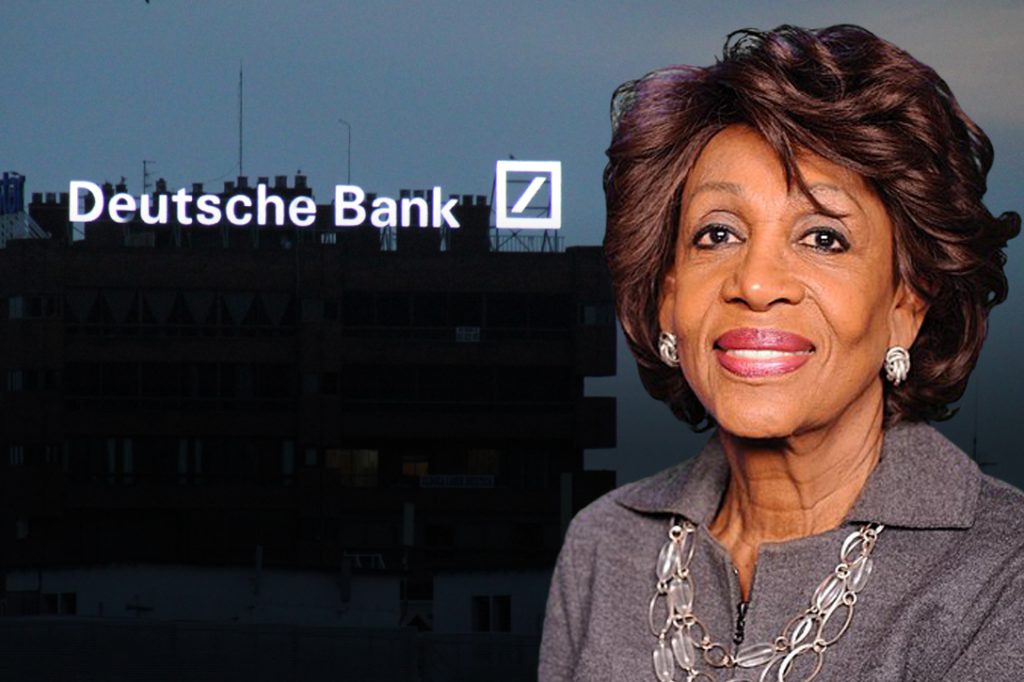 Solberg was finally asked at the news conference what she thought of the Mueller investigation and the allegations of Russian collusion. She responded, carefully, that every individual country’s political system was slightly different, and she had great respect for the American political system and the way things worked here.

While I chewed on that, I advised Rep. Waters’s office that they also needed to look into the Department of Labor (DOL). It had just filed a waiver for five large banks that had been in hot water with American regulatory authorities, letting them get back to doing business with investors. This waiver was filed on December 27, 2017, and was directed to Deutsche Bank, Barclays Bank, UBS, Citigroup and JP Morgan.

The fact that the waivers for these big banks were made public over the holidays — traditionally a time to bury information the government hopes the media will ignore — raised my suspicions about the DOL’s intent. I was ready to get pretty worked up about it until I saw that these were not the first waivers for the banks in question. The article states that President Barack Obama first provided waivers at the very end of his presidency in December 2016. Certainly not Barack’s finest moment.

It should be noted, however, that Secretary of Labor Alex Acosta was the US Attorney for the Southern District of Florida. He presided over the Deferred Prosecution Agreement (DPA) between Justice and UBS — a Swiss-based global financial-services corporation, and one of the four big banks getting waivers besides Deutsche.

The UBS prosecution was a really big deal for DOJ and IRS back in 2009, as it pierced the veil of secrecy shielding the Swiss banking system from international scrutiny, and further demonstrated Swiss complicity in facilitating tax evasion by US taxpayers. I have inserted a link for your reading pleasure with regard to the DOJ’s press release on the DPA. It includes a couple of delicious quotes by Mr. Acosta:

“…this was about money — the business was too profitable to give up. This was not a mere compliance oversight, but rather a knowing crime motivated by greed and disrespect of the law.”

The above screamed irony until I further noted that Barclays, another of the “five” that got a waiver, was one of the two big banks that sold “basket options,” along with Deutsche Bank, to Renaissance Technology (RenTec), run by Robert Mercer. This allowed RenTec to escape $6.8 billion in taxes.

Then, I considered that Citigroup was one of the banks where Irakaly “Ike” Kaveladze, opened hundreds of accounts registered for Delaware shell companies that he had set up to launder Russian money in the early 2000s.

So if her excellency from Norway is wondering how our political system could authorize waivers to big banks to prey upon the innocent once again, I would just remind her of the Secretary of Labor’s words:

“It’s about money. The business is just too profitable to give up…”

So here’s some questions I’d like to ask the House Financial Services Committee:

1. Will Secretary Mnuchin be subpoenaed to testify before her Committee?

2. Will AG Jeff Sessions and DAG Rod Rosenstein be compelled to testify about the status of “the mirror trades” investigation?

3. Will any Deutsche Bank executives be subpoenaed to testify?

4. Will Secretary of Labor Acosta be asked to testify why his agency provided waivers to five of the dirtiest banks in the US over the holidays without any public discussion?

5. Will AG Sessions be asked about the status of the SDNY’s investigation of Bank of Hapoalim that has lain dormant? This Bank was accused of facilitating tax evasion by many of its customers through the use of undisclosed foreign bank accounts. Bank Leumi was accused of the same thing at the same time as Bank Hapoalim, and they ended up paying a $400M fine. But Bank Hapoalim has made four (4) substantial loans to President Trump’s son-in-law Jared Kushner…

6. Will AG Jeff Sessions be asked about the status of the SDNY investigation into Beny Steinmetz that has lain dormant for some time? Beny was accused of bribing the President of Guinea with millions of dollars in violation of the Foreign Corrupt Practices Act(FCPA). FBI has tapes of the President’s wife discussing the bribes. FBI also has the Swiss Bank records tracing the transaction. Could the inactivity of this investigation have anything to do with the business relationship between the Steinmetz family and the Kushner family?

Congresswoman Waters and the committee have their hands full. But at least they are trying to make President Trump and his cabinet answerable to the American Stortling. I am sure her Excellency Prime Minister Erna Solberg would be proud. Now make the rest of us proud and keep on investigating until you get to the bottom of things. Only then can we make those culpable, accountable.

Martin J. Sheil can be reached at sheil51@protonmail.com via an encrypted Proton email address.