Editor’s note: Pot is back in the news following Attorney General Jeff Sessions’s announcement that federal prosecutors will once again pursue marijuana cases in states where the drug has been legalized. That doesn’t sit well with the affected states, which hope to amass additional tax revenue from the pot businesses now legal under state laws.

That leads one WhoWhatWhy contributor to ask: “Are they all high?”

Here are his musings on the most recent developments and on how policymakers might just be wrong on pot.

Many of us have been there; we plant our vegetable gardens in spring with grand eagerness, too much eagerness when it comes to some vegetables. Like zucchinis.

I planted four zucchini plants one year. Apparently several of my neighbors were just as eager. Come summer, giant green tubers began appearing on my doorstep — “gifts” from those up to their ears in them — while I was trying to give away dozens of the damn things myself.

It was a bit like a scene out of Little Shop of Horrors; every time I walked by my garden 10 more had appeared, seemingly overnight.

And that’s what’s happening now, here in California. This past spring already everyone seemed to have plants growing in their gardens even though plants could not be legally purchased until 2018.

Then came late summer — harvest and curing time — and it was like the zucchini glut all over again.

“Hey, here’s some of my crop this year. Take it. I have so much I could never smoke it all,” friends would say, as they shoved bulging baggies of the herb in my hands.

And it’s not just a few old hippies gone wild, either. Everyone’s jumping in.

“We are producing too much,” said Hezekiah Allen, executive director of the California Growers Association, at a recent conference. “Growers are going to have to scale back. We are on a painful downsizing curve.”

But alas — the lid is off, the cat’s out of the bag, and the horses are out the starting gate. The stuff is all over the place. Anyone can buy high-quality clone starter plants on Craigslist for as little as $10. Under the new California law, each household can legally grow up to six plants. And we’re not talking your father’s pot here. These clones are high-producing, high-THC-level plants. Half a joint will do you. If cared for properly, just one plant can produce as much as a pound of pot.

You do the math. A household can theoretically produce six pounds of the stuff a year. (Enough for 8504 joints, according to some experts.) So you won’t be finding many of those folks standing in line at a pot store paying god knows how much a gram for their nightly smoke — or paying any taxes on it either.

But that’s not the only wrinkle in California’s pot gold rush. Seeing dollar signs, the state has slapped onerous taxes on commercial growers, hoping pot taxes will fill state coffers like found money. 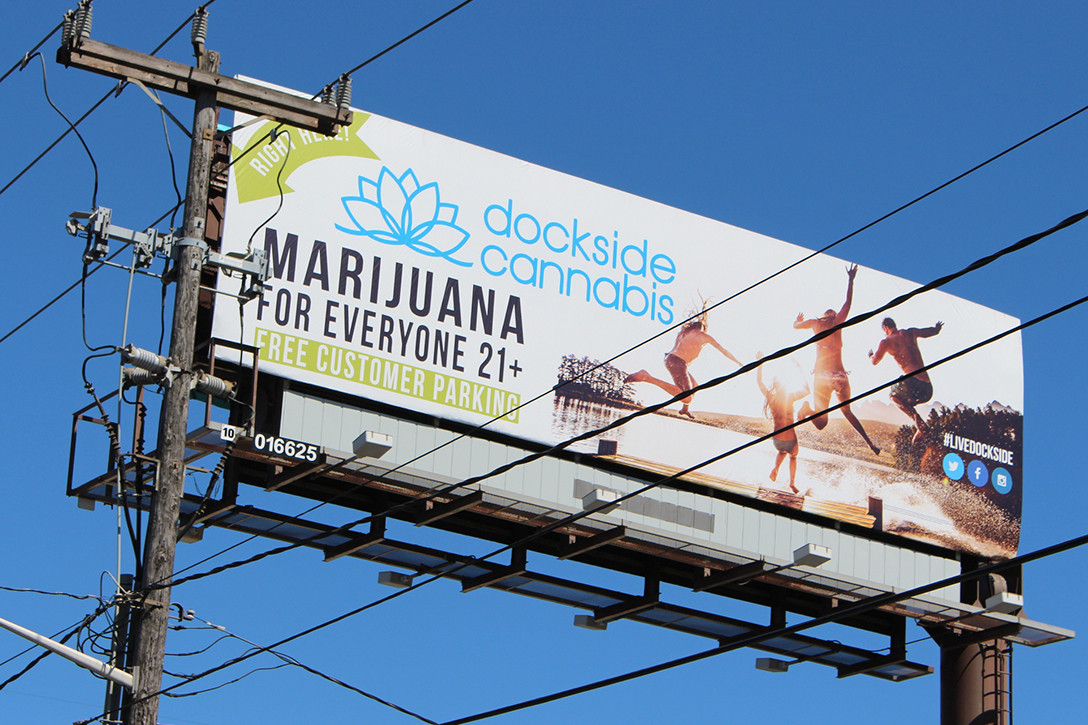 But I have my doubts. Between state and local taxes, some buyers will see an effective tax as high as 45 percent on adult-use cannabis in California. Yes, 45 percent. Hell, the Republicans just cut the corporate tax rate to 21 percent, claiming high taxes hurt American corporations. Forty-five percent ought to be downright deadly.

I know a large commercial grower who has been growing to supply medical marijuana shops for several years now. He says he’s not going to register under the new law. “They want to come in and measure my growing area and tax me on every square foot,” he said. “And that’s not the end of it. When I sell to the shops, I get hit again with another tax.”

Before the new law he grew illegally for years. He and others he knows say they are not about to register under the new law. They don’t need it. They understand how the black market works, and it worked just fine for them for years. Like moonshiners of old, they will just keep on keeping on.

Which means the unregulated pot industry, which already exists and has its own time-proven infrastructure, will circumvent the state’s pot-money grab — and further add to the oversupply.

Of course, some established growers will register, as will eager new entrants in the commercial pot farming industry.

Which brings me to the next problem; according to the LA Times, California produced at least 13.5 million pounds of marijuana last year — five times more than the 2.5 million pounds it consumed. Where did the rest go? Out of state. And that includes states where pot is still illegal. Watch for that gross production to double in the next couple of years, virtually flooding the US market. (I have visions of Americans sneaking across the Tex-Mex border with bales of pot strapped to their backs.)

I am writing this on the same day that US Attorney General Jeff Sessions announced he was going to let US attorneys in states where pot is legal prosecute folks anyway. Someone needs to explain to Sessions that anti-pot laws never worked, even when it was somewhat hard to come by. Now the nation will be flooded with the stuff, so good luck with all that. (Oh, and a thought for Sessions and his kind: “It’s a lot more fun to be stoned in a straight world, than straight in a stoned world” — Arlo Guthrie) 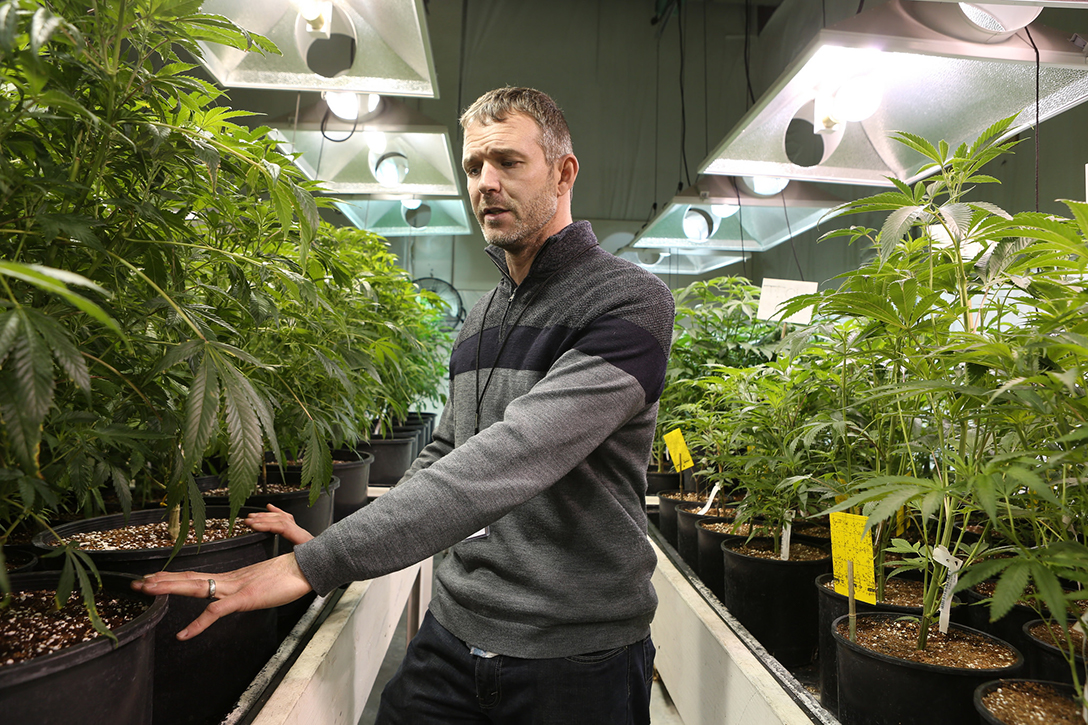 For all these reasons, I remain unimpressed with the hoopla about California’s pot gold rush, especially as a revenue-creating exercise. Of course, I am glad no more folks will have their lives ruined by a stupid law. Pot should have always been legal, like alcohol. But with so many folks able to pay 10 bucks for high-quality clones to get up to a pound of the stuff ($10 a pound vs. $1800 a pound in a pot store) what choice do you think most people will make?

And, for those city folk who don’t have gardens, plenty of home-grown pot will be circulating, free even, like zucchini in summer.

Competition from the unregulated portion of the pot market and a gusher of oversupply from those jumping into the business will gut pot prices, making the stuff cheaper (and better) than ever before. States ahead of California are already seeing a steady drop in pot prices.

“A lot of people in Washington are surprised, and a lot of people are in denial about the price dropping,” Steven Davenport, a researcher with the RAND Corporation, told FiveThirtyEight. “The average price per gram in Washington [State] is about $8, and it’s not clear where the floor is going to be.”

What tax revenues are produced will be a fraction of what the state is anticipating. Talk about pipe dreams!

3 responses to “Legalized Pot: What States Hoping for Extra Revenue Get Wrong”