With the mystery of alleged sonic attacks on American diplomats in Havana still unresolved, a new development has caused some to point to a familiar foe: Russia.

The State Department recently received another report of a possible covert attack on US foreign officials, sources told CBS news. This time, the report came from an American couple based at the US embassy in the central Asian country of Uzbekistan.

This latest incident casts further doubt on the theory that it was Cuba that had allegedly used a mysterious weapon on American diplomats in Havana. Experts tell WhoWhatWhy that Russia stands to gain from both incidents.

The official and his wife experienced a range of symptoms and injuries similar to those reported by the US diplomats in Cuba, including hearing loss, cognitive impairment, insomnia, dizziness and mild brain trauma.

The USAID diplomat and his wife were flown out of Uzbekistan after reporting their injuries to the State Department. An alleged audio recording of the sound heard by Cuban diplomats (released by AP News in October) may have been what prompted the USAID officer to identify the incident in the former Soviet country as a “sonic attack.”

Some experts have chalked up the Cuba incidents to “botched surveillance” while others have hypothesized mere “hysteria.” Whatever the explanation, it is clear that the events there have damaged already fragile US-Cuba relations.

This September, the State Department ordered the departure of non-emergency personnel at the US embassy in Havana after reporting that 21 US embassy employees were targets of an attack. In addition to the withdrawal of diplomats, the State Department suspended visa operations and issued a travel warning. In a statement following the withdrawal, Secretary of State Rex Tillerson emphasized that the source of the attacks remains unknown, but the Cuban government is accountable for the safety of US diplomats: “Until the Government of Cuba can ensure the safety of our diplomats in Cuba, our Embassy will be reduced to emergency personnel in order to minimize the number of diplomats at risk of exposure to harm.”

The most likely beneficiary of this development is Russia, says Christopher Sabatini, lecturer on international relations and policy at the Columbia University School of International and Public Affairs.

“Russia will profit diplomatically by gaining more leverage,” Sabatini told WhoWhatWhy. “North Korea will continue to profit because it maintains relations with Cuba. Venezuela will profit because Cubans will remain dependent on Venezuelan oil. All the people that are enemies of US interests would profit.”

There is a historical precedent of Russia using mysterious nonlethal technologies. During the Cold War, Russia deployed low-level microwaves — known then as the “Moscow signal” — against the US Embassy in Moscow.

“One ambassador told me that the Russians used to do stuff like this,” Sabatini said. “These were not cases of mistakes, they were deliberate efforts of disruption.”

The incident in Uzbekistan raises deeper suspicion that Russia may be involved in both alleged attacks. Its strategic interests and growing influence in both Cuba and Uzbekistan suggest intriguing parallels.

“If it was the Russians, can [the Cubans] really tell us? Russia just provided them with a shipload of oil worth about $11 million,” the retired foreign service officer told WhoWhatWhy. “That’s what’s galling to professionals in the State Department. Cuba probably knows but it is unable to say. The Russians might cut them off. They are very dependent on Russia.”

Russia’s motives for trying to disrupt warmer US-Cuba relations seem clear from a zero-sum-game view of Big Power diplomacy: anything that boosts US standing in Havana diminishes Russian influence in its long-time Caribbean satellite.

Russia and the US have also been vying for influence in Central Asia. Uzbekistan declared independence in 1991 during the collapse of the Soviet Union. President Shavkat Mirziyoyev assumed office in 2016 after the death of president Islam Karimov, who had served as a government official since before the fall of the Soviet Union. 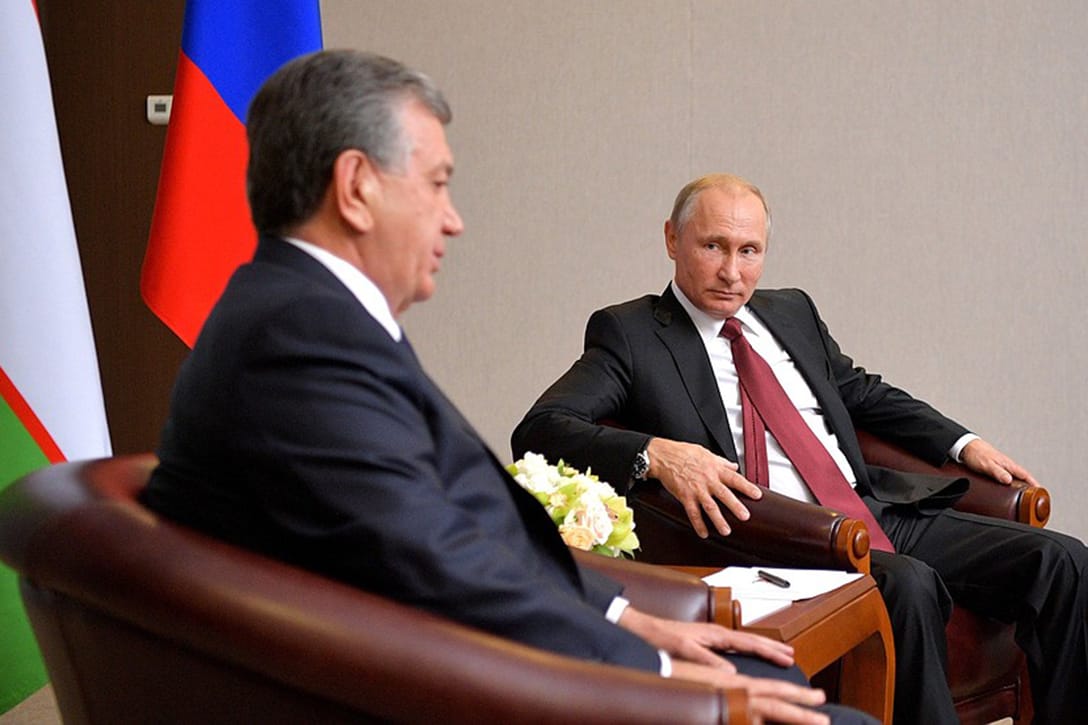 Karimov led an independent and isolationist Uzbekistan but cooperated with the US in the “War on Terror.” At the time of Karimov’s death, Russian President Vladimir Putin stated that he hoped a pro-Russian leader would succeed Karimov. Mirziyoyev seems to fit the bill, having agreed to carry out joint military drills with Russia. This development suggests that Uzbekistan plans to join the Russian-led Collective Security Treaty Organization, Putin’s counter-balance to NATO.

Meanwhile, the Islamic Movement of Uzbekistan, formed in 1998 with the objective of overthrowing the government and installing an Islamic state under Sharia law, has pledged allegiance to ISIS. The US views Uzbekistan as an ISIS recruitment center.

While President Donald Trump and Putin have issued a joint statement on fighting ISIS in Syria, US-Russia relations are still characterized by antagonism and suspicion. Three days after Trump and Putin’s joint statement, Russia’s Ministry of Defense offered “irrefutable evidence” that the US was assisting ISIS forces “to promote the American interests in the Middle East.” The evidence, though, was later revealed to be footage of military operations of the Iraqi air force and a screenshot from the mobile phone game AC-130 Gunship Simulator: Special Ops Squadron.

In the case of Cuba, Stanley N. Katz, director of the Princeton University Center for Arts and Cultural Policy Studies explained to WhoWhatWhy how some segments of the US government benefited from the attack and subsequent withdrawal of diplomats from the Havana embassy.

“There are elements in President’s Trump’s base and alliances that wanted to see this [withdrawal of diplomats] happen no matter what,” he says. “Marco Rubio, particularly Cuban-American Republicans in the House and the Senate, Mario Diaz-Balart, a number of Cuban-American groups, they’ve been pushing for this.”

According to Huddleston, US Secretary of State Rex Tillerson’s response to the alleged attacks in Havana reflected his unwillingness to challenge President Trump on this issue. “It is perfect timing,” she said. “We know from the media that Tillerson has disagreements with the President of significant magnitude on North Korea and Iran’”

“These are issues of war and peace. They couldn’t be bigger. Tillerson’s not going to fight the president over Cuba when he’s [preoccupied with] thinking of nuclear war.”

In contrast, the State Department responded to the alleged attacks in Uzbekistan with outright denial, stating that there has been “no incident” in Uzbekistan.

With speculation rampant in Washington that Trump may be about to fire his Secretary of State, Tillerson may have acceded to Trump’s desire to curry favor with Cuban Americans who are opposed to any rapprochement with the Communist government in Havana.

With no definitive explanation of why the State Department reported the incident in Uzbekistan as a fluke, it’s up to citizens to make a judgment call. Is the State Department acting as a transparent institution, as a Putin puppet, or something else? This incident has attracted a lot of attention, and points to one definitive conclusion: Uzbekistan remains important to both the US and Russia, and suspicion of Russia’s involvement in these sonic attacks is only heightened after the most recent incident.

5 responses to “Was Russia Behind Cuba Sonic Attacks?”