Just a few months ago, the American Petroleum Institute (API) released a set of “Tax Reform Principles” to guide federal policymakers. API, the trade group for the oil and gas industry, urged that Congress, in enacting tax code changes, “should not pick winners and losers … Specifically, within the energy sector we believe that any new tax system should not favor one form of energy at the expense of others.”

The tax bill approved by the House Ways and Means Committee last week and set for a vote today, does just that. And yet, API seems quite happy with it. API President Jack Gerard called the bill a “bold step … to sustain US economic growth, spur strong energy investment, and create American jobs.”

It’s not difficult to understand the API’s joy. The House tax bill would sharply cut incentives for investment in alternative energy, while retaining most of the tax subsidies for oil and gas development. The cuts help the House pay for its proposed $1.5 trillion tax cut that some economists claim would primarily benefit corporations and wealthy individuals.

The proposed tax changes also could increase investment in fossil fuels, at a time when the rest of the world seeks to reduce carbon emissions to address the harmful effects of climate change.

“Conferring these benefits on dirty energy companies while simultaneously maintaining their special tax favors and slashing tax benefits for clean energy technologies is a crime against the future,” charged Robert Weissman, president of Public Citizen, in an email to WhoWhatWhy.

In a recent letter, 17 environmental and public interest groups urged House members to oppose the tax bill emerging from the Ways and Means Committee. The groups said the bill is larded with “huge and permanent tax cuts” for not only the super-wealthy but also “corporate polluters.”

Those groups opposing the House tax proposal include even the Hip Hop Caucus. “We are extremely disappointed,” Caucus spokesman Mark Antoniewicz told WhoWhatWhy in an email. Climate change, he observed, “disproportionately impacts vulnerable communities, including low-income and communities of color.” The proposed cuts to renewable energy will get in the way of an energy transition that “must happen now.” 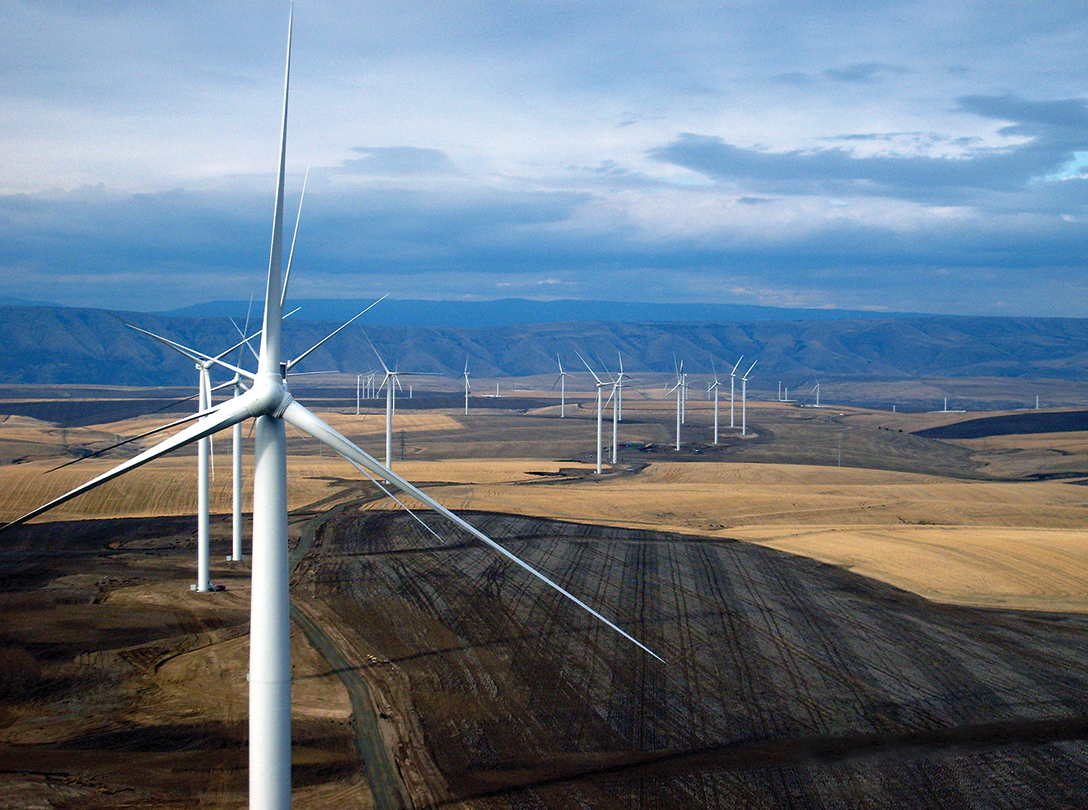 The House tax bill would shrink by more than a third the tax credit for wind that Congress has already voted to gradually phase out by 2020. Tom Kiernan, the head of the American Wind Energy Association, warned that this provision would jeopardize $50 billion in investment and 50,000 jobs.

Sen. Chuck Grassley (R-IA), a strong proponent of wind power, has pledged that a final tax bill, agreed to by both House and Senate, will restore the wind credit. But the wind industry’s Kiernan said that the uncertainty about the tax credit is already roiling the market for wind power development.

The House bill also would end by 2027 a 10 percent tax credit for large-scale solar projects that was supposed to be permanent. The tax credit for residential solar power will currently expire in 2021.

Also taking a hit will be consumers who buy electric vehicles: They will no longer receive a generous tax credit.

In contrast, the oil industry barely loses any tax breaks, and the House bill actually extends a $6 billion tax credit for nuclear power that was supposed to expire in 2021.

“Nuclear power and fossil fuels made out in this tax bill,” Janet Redman, US policy director for Oil Change International, told WhoWhatWhy. “Renewable energy and electric vehicles were the losers, along with the American public.”

Over ten years, Redman said, federal tax incentives for renewable energy will be “slashed by $10 billion.” She adds that the $50-billion oil industry is certain to reap large benefits from a reduction in the corporate tax rate, and in changes to the way foreign profits are taxed.

The House bill cut one significant tax deduction for oil companies, and added one new tax break, resulting in a net cost to the industry of $410 million a year, Redman said. She notes, however, that in total, fossil fuel companies get federal tax breaks and other subsidies like access to cheap land and infrastructure support, which are worth an estimated $14 billion a year.

The House bill also cuts credits for enhanced oil well recovery and marginal gas wells, but companies have not been using these credits, Redman said. The cuts, she contends, “were a nothing burger,” meant only to help the optics of the bill. 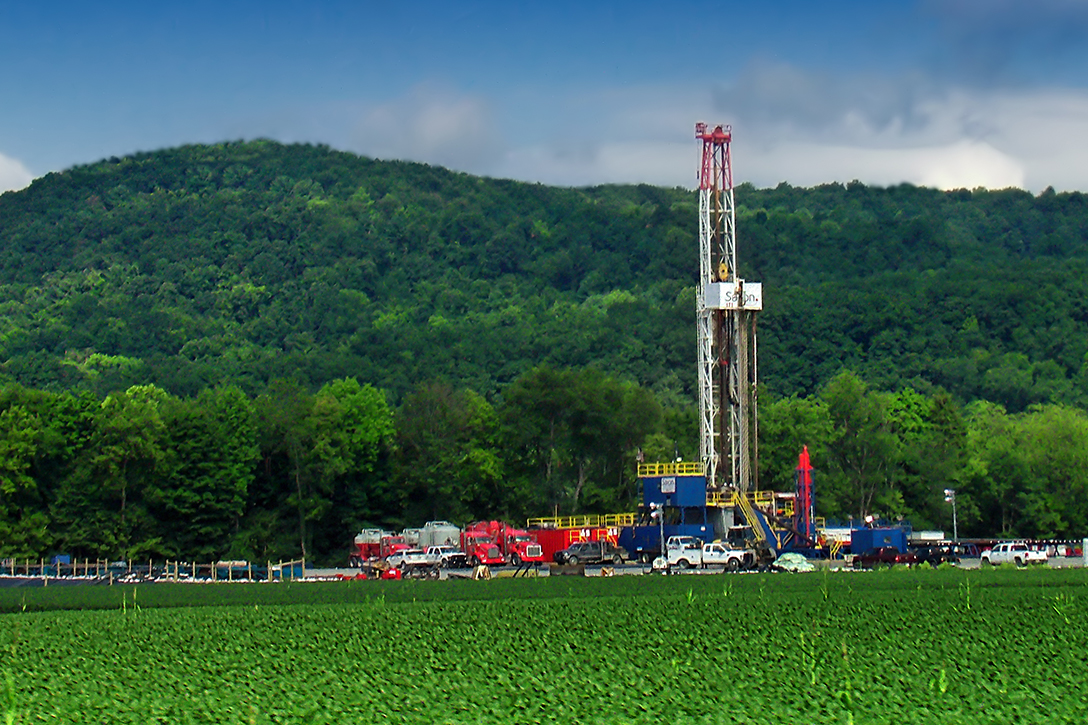 The House went after renewables in a big way, despite the fact that oil, gas, and coal receive seven times the permanent federal tax benefits that alternative energy gets.

The wind credit pullback is particularly galling, Redman said, because it was negotiated in 2015 as a bipartisan compromise. The Obama administration agreed to let oil companies export oil, something they had not been allowed to do since 1975, when the US feared oil shortages. In return, a bipartisan congress agreed to extend the production and investment tax credit for renewables, including wind, for several years. At the time, the compromise was hailed as a game-changer that would shift future energy use in the US away from fossil fuels.

The 2015 compromise gave the oil industry a permanent benefit that opened up “incredible new international markets,” while renewables only got a temporary benefit, Redman said. Now, even that temporary benefit is reduced in value. Redman finds this attempt to go back on that deal “extra troubling. This GOP has a real different relationship to their word or the word of the GOP from two years ago.”

The $7,500 credit for electric vehicles (EVs) goes to the consumer, not the company. It helps make EVs — which cost more than $30,000 — more competitive with gas-powered cars. “This may not kill the electric vehicle market, but gives fossil-fuel-guzzling cars a leg up,” Redman predicted.

The Senate tax bill is not expected to contain all these assaults on renewable energy, but the Senate is considering opening up the environmentally sensitive Arctic National Wildlife Refuge to help pay for its proposed tax cuts.

Environmental advocates contend that both tax bills show a callous disregard for addressing environmental challenges like climate change, or protecting the public from dirty air and water.

And these tax cuts are not happening in a vacuum, Redman observed. The Trump administration and Congress have overseen a cascade of harmful changes to Obama-era policies, moving to allow coal mining on public lands and drilling off the Atlantic coast, rolling back a number of environmental regulations, and threatening to slash the Environmental Protection Agency’s budget, weakening its ability to monitor and enforce pollution standards.

As Redman sees it, “Congress is really embracing this energy-dominant agenda of Trump, saying, ‘Yep, let’s open the floodgates to fossil fuel production and not look back.’”

Reading Time: 2 minutes How to Fix the COVID-19 Dumpster Fire in the US ; Scientists Develop One-Drop Test for Water Contamination ; and More Picks 7/15