A lot of attention has been given recently to Sens. Bob Corker (R-TN) and Jeff Flake (R-AZ) for finally displaying acts of conscience in defiance of an increasingly erratic and reactionary White House. One former Senator who never waited around to speak out was Paul Wellstone.

Wellstone was described by some as “the conscience of the Senate.” When the progressive Democrat from Minnesota addressed the Senate chamber on Oct. 9, 2002, pleading against the nation’s reckless rush to war during the Iraq Resolution debate, he could not have been more prescient.

At risk of losing his contentious re-election bid a month later, Wellstone spoke his conscience that day. He wound up being spot-on in his assessment, but Congress couldn’t be bothered to listen.

“When the lives of sons and daughters of average Americans could be risked and lost, their voices must be heard in the Congress before we make decisions about military action. … Right now, despite a desire to support our president, I believe many Americans still have profound questions about the wisdom of relying too heavily on a pre-emptive, go-it-alone military approach. Acting now, on our own, might be a sign of our power. Acting sensibly and in a measured way, in concert with our allies, with bipartisan congressional support, would be a sign of our strength.”

Wellstone died in a plane crash two weeks later, on this date 15 years ago — along with his wife Sheila, his daughter Marcia, his driver, two campaign staffers and two pilots. The election, which saw him in a virtual dead-heat with Republican Norm Coleman, was 11 days away.

It is hard to overstate how unpopular it was to speak out against attacking Iraq during the fall of 2002. Less than a year out from 9/11, Americans wanted to flex some muscle —  and revelations about Dick Cheney’s secret energy task force showed that, once again, oil was a factor. The Bush White House counted on its ability to conflate Iraq with Al Qaeda, doing its best to present a case that Saddam Hussein’s regime was involved in the attacks on America, and that he had developed an advanced WMD program. Neither of those claims turned out to be true, as congressional and foreign studies later concluded.

In the media, hardly any of the “progressives” stepped forward to offer relevant perspective before Congress voted. Those who did were not given equal time on the airwaves to balance out a phalanx of paid retired military analysts glorifying military action and parroting the “no other choice” narrative of dealing with Hussein.

Iraq War apologists are quick to remind nay-sayers that most Democrats also voted for the authorization of force against Iraq. While true, it’s easy to lose sight of the fact that 23 senators did vote “no.” Not only was Wellstone one of them, but no one had more to lose by going against the grain and angering blood-thirsty voters. 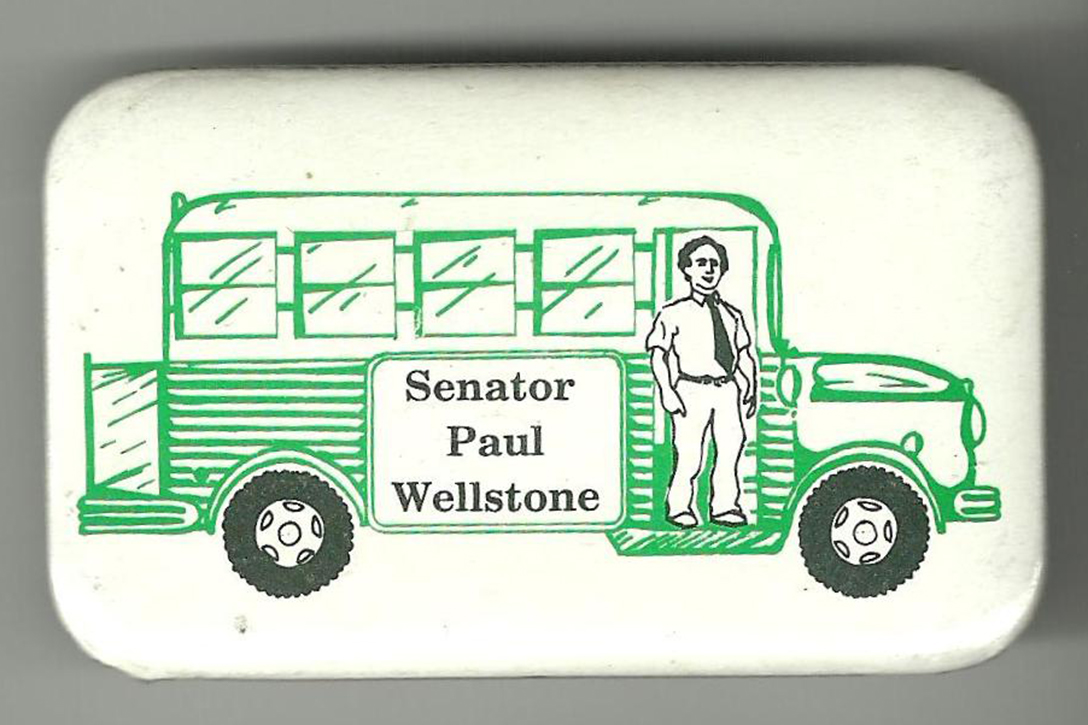 With the Senate narrowly in the Democrats’ favor at 50-49 (with one Independent), the GOP poured considerable resources into targeting seats it could flip that November. Wellstone’s was first and foremost among them, receiving the “Karl Rove treatment,” so named for attracting the full attention of the notorious GOP campaign strategist and senior Bush adviser.

“Just putting it in self-interest terms, how would I have had the enthusiasm and the fight if I had actually cast a vote I didn’t believe in?” he told the Washington Post at the time. “I couldn’t do that.”

In the end, polls had Wellstone pulling ahead of Coleman in the days before his death, despite the GOP’s best efforts. Instead, with the conscience of the Senate lost to tragedy, Coleman easily defeated Wellstone’s replacement, Walter Mondale.

Despite Wellstone’s heartfelt advocacy, the bombs began falling on Baghdad a few months later, unleashing a sectarian civil war throughout the region, and eventually costing the lives of over 4,400 US service members and hundreds of thousands of Iraqi civilians.

Perhaps if more members of Congress had displayed the courage and conscience that Wellstone showed during that season of jingoistic fervor 15 years ago, the situation in Iraq, and the Middle East as a whole, might be far different today  — and far less hazardous to peace prospects, and to American interests as well, in the region.