The Department of Justice (DOJ) refuses to budge and continues to deploy the dubious logic that to confirm or deny the existence of SAMs would be an unwarranted invasion of Tsarnaev’s privacy. This was in response to a request we filed back in 2015 through the Freedom of Information Act (FOIA), seeking documents about the conditions of Tsarnaev’s confinement. The DOJ denied our request and subsequent appeal.

And yet, the Bureau of Prisons (BOP), a division of DOJ, readily confirms that Tsarnaev is in fact being held under SAMs.

WhoWhatWhy twice submitted requests to interview Tsarnaev to the warden of the maximum-security federal penitentiary in Florence, Colorado, referred to as ADX Florence. We sent one in October 2015, and another in August 2017; both times we were told we could not interview him because “Inmate Tsarnaev has Special Administrative Measures,” which, among other things, “restricts [his] communication, to include contact with the media.”

Essentially a form of solitary confinement, SAMs typically bar prisoners from communicating with anybody outside their prison cells, except for a very small number of pre-approved individuals, such as attorneys and inmates’ family members. SAMs were originally justified as a way to prevent members of organized crime from sending to compatriots outside the prison messages that could conceivably result in death or serious bodily injury. In the case of Tsarnaev, this justification rings hollow since DOJ insists that he and his brother Tamerlan had no “nexus” to any terrorist group and acted completely on their own.

But it also has the effect of giving the government total control over the narrative and backstory of a troubling event like the Boston Marathon bombing. No one from the media can speak with Tsarnaev and even his defense team and family are severely restricted in what they can reveal about their communications with him.

Back in April 2016, we highlighted the Kafkaesque situation for a prisoner under SAMs.

We wrote about how DOJ denied our first request under FOIA exemption 7(C); the department stated that “lacking [Tsarnaev’s] consent … even to acknowledge the existence of such records … could reasonably be expected to constitute an unwarranted invasion of his personal privacy.” 7(C) is meant to protect the privacy of individuals whose records are held by law enforcement agencies.

We appealed, pointing out that BOP had already confirmed the existence of the SAMs, and it was the very existence of the SAMs that prevented us from getting Tsarnaev’s “consent.” However, DOJ affirmed the denial of our initial request under a slightly modified “categorical” invocation of exemption 7(C) and added for good measure that it was not even “required to conduct a search for the requested records.”

The day after our article ran, officials in the DOJ’s Office of Information Policy (OIP) emailed each other links to the article. How do we know? Because we FOIA’d our FOIA request.

We had hoped to gain some insight into the decision-making process behind the rejection of our FOIA request and appeal. The results were not very enlightening.

We obtained 29 pages from the DOJ’s OIP in total — 10 of which are the requests and appeals we sent, with their corresponding responses. Another three and a half pages are blacked out and labeled “Non-Responsive Records.” We’re still waiting on records related to the initial request, which are processed by a different office.

It’s not clear what, if anything, OIP officials had to say about our article other than linking to it. Most of the substance of each email between OIP officials is redacted. 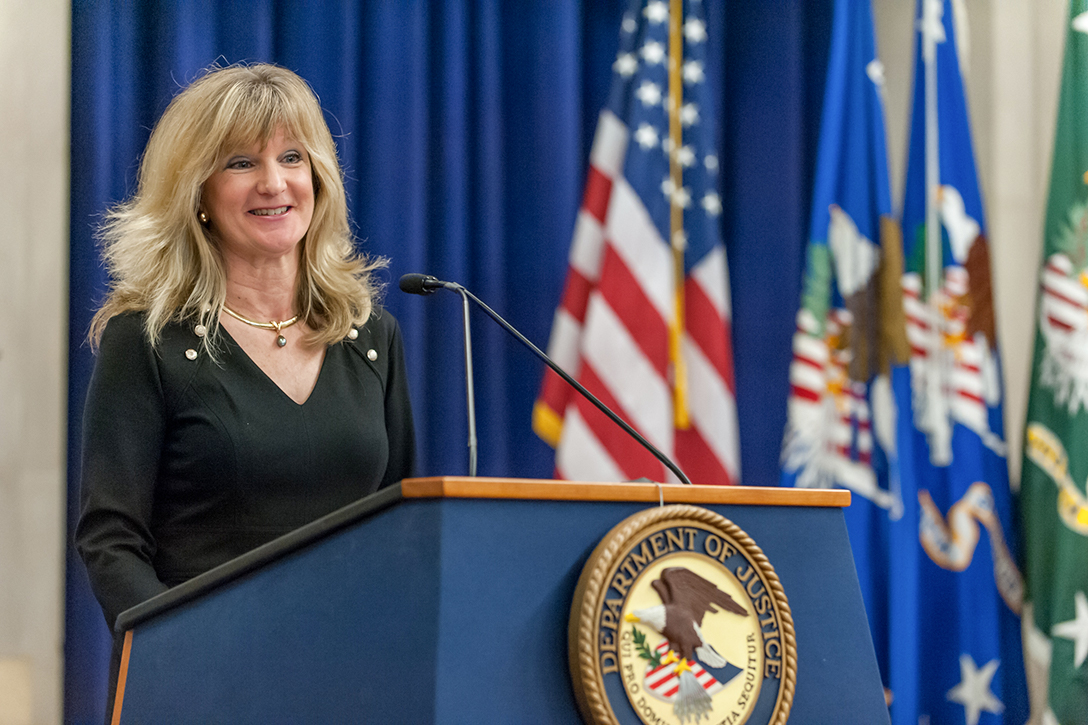 The balance of the heavily redacted records are processing worksheets and emails between OIP employees. Anything related to decision-making about the appeal is blacked out under (b)(5), the infamous “withhold it because you want to” exemption. FOIA experts roundly criticize the exemption because of its broad language and its increasing use by executive branch agencies.

It’s Who You Know?

In our ongoing effort to chip away at the wall of silence surrounding Tsarnaev, we also sent him a letter asking if he was willing to be interviewed. We were hoping to preempt any “without his consent” reasoning that we had encountered previously. The envelope was returned — opened — and accompanied by a notice indicating that the “correspondence was not delivered to the inmate because the inmate is not approved to correspond from [sic] you.”

Interestingly, director Peter Berg of Patriots Day, the Hollywood production about the Boston Marathon bombing, was quoted as saying he had corresponded with the incarcerated Dzhokhar Tsarnaev.

“I did a lot of research on them,” director Peter Berg supposedly told Total Film magazine. “I met women who had dated them. I met the boxing coach of the older brother. I met the landlord. I wrote two letters to Dzhokhar in prison; he wrote one back [emphasis added].”

We sought confirmation of the above statement from Berg’s production company. No one responded to our multiple phone messages or emails seeking clarification. It’s not clear whether Berg misspoke, was misquoted, or whether he actually did let slip the fact that he was granted special access to this otherwise gagged individual of great public interest.

We know, from the fact that DOJ monitors news stories about itself, that they take a keen interest in how they are seen by the public. Is it possible Berg, with his favorable-to-law- enforcement portrayal of the marathon bombing, was granted special access to this mystery of a young man?

We’ll let you know if anyone from Berg’s office gets back to us.

59 responses to “DOJ Continues to Block Media Access to Tsarnaev”