The 2017 Social Security Trustees Report, published on July 13, contains 250 pages of statistics and text so dense that only policy wonks will plow through. Yet one brief footnote reveals how Social Security bashers could finally break a system that has supported retired Americans for nearly 80 years. The mainstream media missed the clue. But Stephen C. Goss caught it.

Steve Goss has been the Chief Actuary of the Social Security Administration (SSA) for 16 years. His team of some 50 actuaries, demographers and economists maintains the financial strength of a retirement system that today covers over 230 million Americans. They do so by forecasting dozens of economic and demographic factors, like wages, inflation, birth and death rates, employment, etc.

Their forecasts are incorporated into annual reports on the financial status of the Social Security Trust Funds. The reports are published by the Treasury Department, which handles the actual flow of employment taxes and benefit payments into and out of the Trust Funds. The ex officio Managing Trustee of the Funds is the incumbent Treasury Secretary, and in that capacity he is responsible for writing the reports. But SSA’s chief actuary has the last word, in a “Statement of Actuarial Opinion” that closes each report.

For most of his years as chief actuary, Goss’s statements were brief and gave unqualified approval to the reports. Beginning in 2014, however, his statements included an “important caveat,” prompted by a single, small-print footnote in that year’s report.

Goss understood what was going on, however. The footnote in the Social Security Report was intended to link the program with Medicare in the minds of lawmakers, policymakers and ordinary citizens. The favorite lie of Social Security bashers has long been that Social Security and Medicare are alike in being government “entitlements.” In popular parlance, the word “entitlements” refers to programs that require money to be transferred to them from the government’s general fund, if and when collections of more specifically targeted taxes are insufficient to pay benefits. Such transfers would have to be included in the federal budget and so would add to the federal debt. 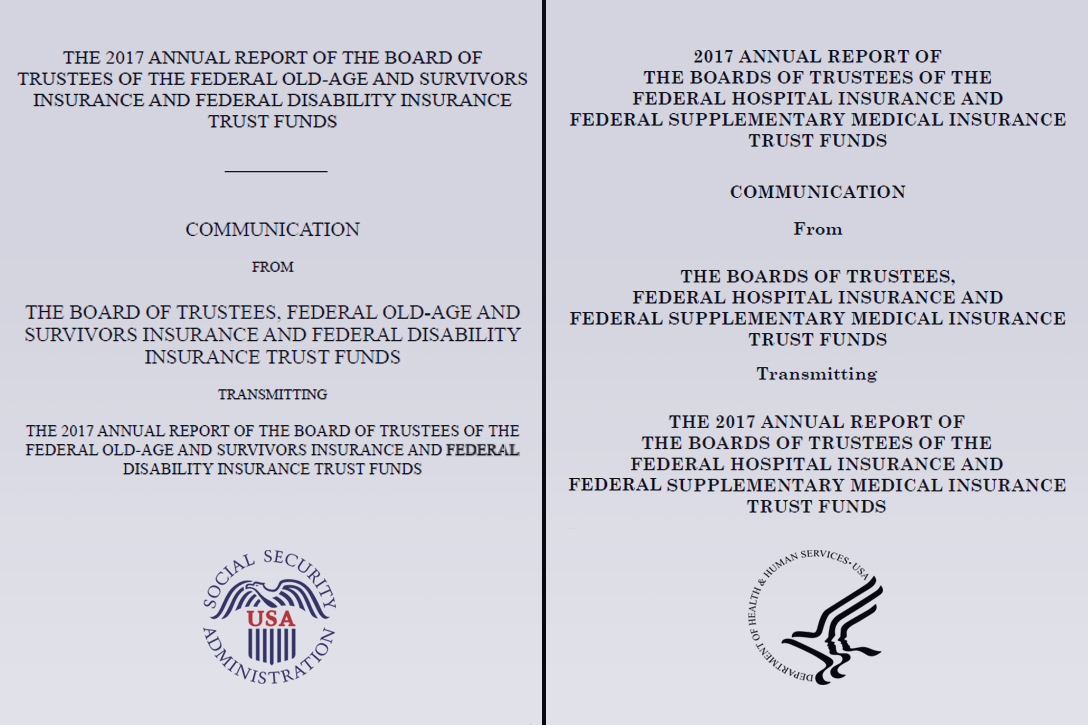 The lie equating Social Security with Medicare as an “entitlement” is insidious, because Americans are only too aware of the heated debates in Washington today over Medicare. The taxes specially collected for it are indeed insufficient to meet its full costs, i.e., pay out its promised benefits, and the government does make up the difference from the general fund. But there’s a catch: Since the government can legally add money to Medicare, it can also legally reduce the amount paid out. And so the total amount of Medicare provided to the American people can be constricted by the government’s budget decisions for all the other goods and services it provides.

None of this is true for Social Security, and it never has been. At the insistence of Franklin Roosevelt, the original 1935 law prohibited the government from adding to Social Security out of its general fund. The law specifies that whenever additional funds might be needed to cover benefit payouts, the contributors themselves would have to pay more in.

The purpose of the prohibition was to maintain Social Security’s independence under future administrations. FDR made this clear with his famous remark: “We put those payroll contributions there so as to give the contributors a legal, moral, and political right to collect their pensions.”

In his “caveat” to the annual report, Goss emphasized the legal prohibition on government funding for Social Security. Such a prohibition means that Social Security funding should be excluded from any discussion of the federal budget or federal debt.

He went even further in his July 14 testimony to the House Ways and Means Committee. In blunt language, he told the committee, “Discussions of the [Social Security] trust funds in relation to the overall federal budget and implications for federal debt held by the public are distorted and misleading [because] the General Fund is presumed to borrow from the public as needed to pay full scheduled benefits. The problems with this convention are: 1) the law does not permit such general fund transfers, either before or after trust fund depletion; and 2) there has never been a precedent for a change in the law providing such transfers.” [Emphasis added]

In normal times, the American people might expect that such a clear warning to Congress from Social Security’s chief actuary would be sufficient to protect the system’s independence. Yet there has been no reaction to it from any member of Congress, of either party, and no coverage at all by the media. 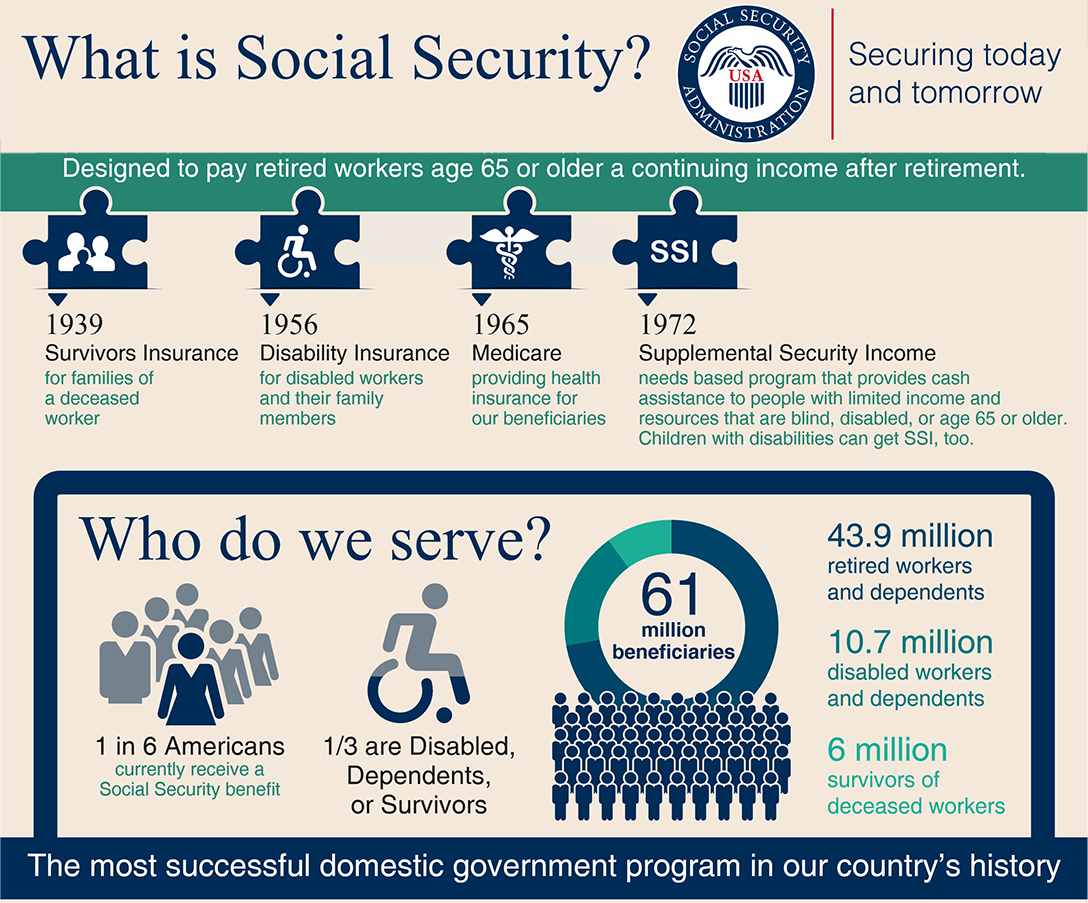 The silence is particularly worrying since Congress is called upon regularly to pass laws regarding Social Security. In today’s chaotic, dysfunctional Congress, it is all too possible that a lawmaker could slip into one of those laws the permission for the government to add to Social Security’s assets from the general fund, thereby undermining the program’s longstanding independence. Let me explain.

An exhaustive legislative history of Social Security is available on the SSA website. It includes the original 1935 law and all subsequent amendments to it. (Note that the 1935 law created not only Old Age and Survivors Insurance, what we know as Social Security, but also Old Age Assistance, a federal-state program, and Unemployment Insurance, also a federal-state program. Much of the legislation listed pertains to the latter two programs.)

For Social Security, the legislative history includes the original tax rates applied to employee salaries and all subsequent changes to those rates. In other words, whenever Social Security Trustees, on the recommendation of SSA actuaries, have decided to make a change in the rates, it could only be done through congressional legislation.

Goss referred in his congressional testimony to the importance of continuing cooperation between Congress and SSA: “We look forward to working with this Committee and others in developing the adjustments to the law that will be needed to keep the program in good financial order, providing retirement, disability, and survivor benefits for future generations.”

Such “adjustments to the law” could come up for congressional action this year or next, and at that moment Social Security bashers may have their opportunity.

In the absence of an informed political opposition, it will be up to the American people to defend the independence of Social Security. After all, if the question of how to raise revenues for the system comes up, who has a better right to be heard than the 171 million participants who are currently providing all the revenues and expecting to receive their promised benefits.

7 responses to “Who Will Save Social Security When the GOP Tries to Break It?”