Wisconsin’s legislature is preparing to vote on a pair of bills that would enact stricter standards for election recounts. The impetus for this legislation was Green Party nominee Jill Stein’s successful recount petition after her distant finish in last year’s presidential election.

“The situation that we had last fall, with somebody who finished way back in the pack requesting a recount was, I believe, the first time anything like that has ever happened,” Wisconsin Elections Commission spokesman Reid Magney told WhoWhatWhy.

Under Assembly Bill 153 and Senate Bill 102, candidates cannot request recounts unless they finish within one percent of the winner. The proposal would also reduce the time available for candidates to petition for recounts.

“When our original bill was drafted in the past, it didn’t conceive of the potential situation that a candidate would seek a recount even if they had no chance of winning based on the recount,” Representative Ron Tusler (R), one of the Assembly bill’s authors, told WhoWhatWhy. “We decided that we wanted to fix the problem.”

Tusler didn’t pull punches in his assessment of the the Stein recount, calling it “an embarrassment to the state of Wisconsin” that cost the state time and money, despite the fact that Stein’s campaign reimbursed the state for these expenses.

“When you consider what is at stake —  the legitimacy of our democracy —  it seems valuable to invest the time and effort to confirm that election results are fair and accurate. People quickly lose interest in participating in a process that they feel is rigged.”

Critics have been quick to lambast the legislation as restrictive to the democratic process itself.

“Election officials and legislators who backed both the old and new Wisconsin recount law are telling Wisconsin voters that we never deserve verification that our votes were counted accurately. They tell us that we have no standing when the question is whether our election results are correct. They pretend the votes ‘belong’ to the candidates,” Karen McKim, a Madison-based election reform activist, told  WhoWhatWhy.

Tusler has pointed to Stein’s insurmountable loss (she trailed by 46%) as evidence of the recount’s triviality. However, he failed to mention the much narrower margin (0.8%) for Hillary Clinton, the presumed beneficiary of a recount. In addition, Stein addressed this in a December statement released by her campaign in which she insisted that the “recount was never about changing the outcome; it was about validating the vote and restoring confidence in our voting system to Americans across the country who have doubts.”

And there are plenty of legitimate reasons for those doubts.

WhoWhatWhy previously discussed the many transparency failures in the vote counting process, which have only grown worse as elections become increasingly dependent on digital technologies. In the end, the Wisconsin recount failed to resolve these doubts when a judge refused to order that the recount be conducted manually.

And in January, a member of the Stein campaign told WhoWhatWhy he believed the recount price tag was inflated to dissuade them from pursuing the option. 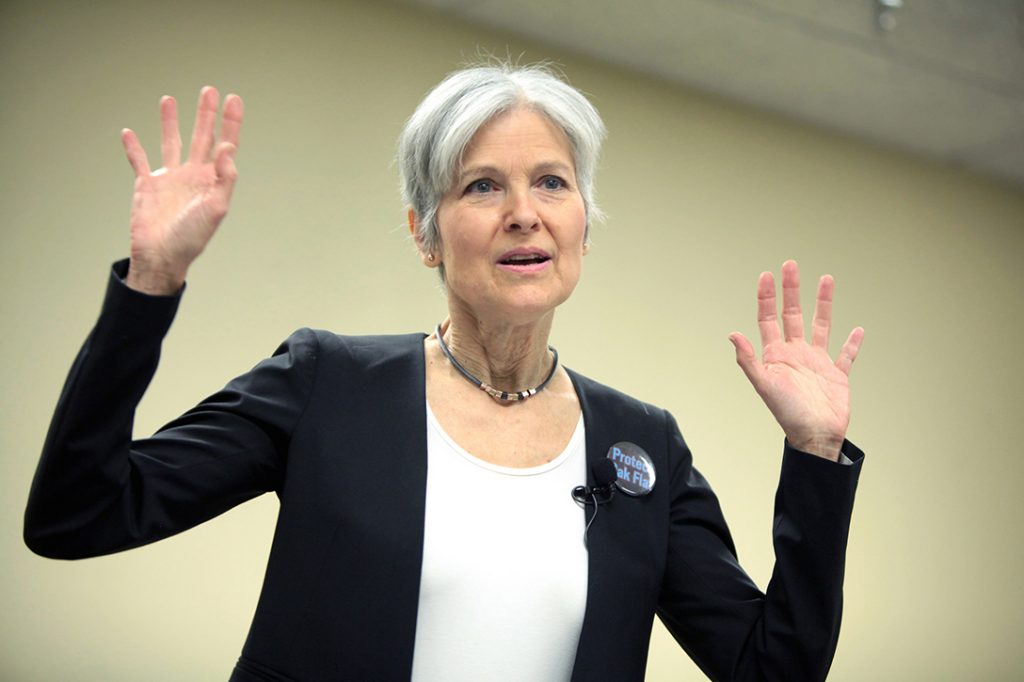 Tusler appeared to dismiss Stein’s justification for initiating the recount, when he noted that “the skeptical viewer” could easily believe she was using the recount to raise funds for her Green Party.

With a vote on the recount bills ready for scheduling, election integrity advocacy group FairVote voiced its opposition on its website. “Recounts need not be likely to, or even intended to, change the outcome of the election. They can serve to identify weak points in election administration.”

By identifying discrepancies, experts say, recounts can reveal issues ranging from simple procedural errors to voter fraud. While Magney admitted the recount “served a very good purpose” to this end, he disagreed that it was the ideal means for doing so, insisting the state’s boards of canvassers was up to the task.

“Making the entire state go through a recount to uncover a very few mathematical errors doesn’t seem like an efficient use of resources,” he said.

Despite the court ruling out a manual recount, FairVote credits the Wisconsin process with shedding light on “more than 11,000 errors in how ballots were counted on election night.” Among those errors, according to McKim, were “massive issues with counting and reporting the write-in votes,” “widespread problems processing early and absentee ballots,” and “scattered electronic miscounts.”

While Magney seemed to have faith in Wisconsin’s local boards of canvassers, election-integrity advocate Rebecca Wilson, co-director of the Maryland-based SAVEourVotes, warned that current election machinery may not be sufficient to guarantee the integrity of the vote.

“Ideally all states would have robust post-election audits that would hand-recount a statistically significant random sample of the ballots cast to ensure that the election results are accurate. In practice, few states do this,” Wilson told WhoWhatWhy via email. “Whether the canvass boards are equipped to do it does not mean that they DO do it.”

McKim agreed. “You also need to be aware that election officials (municipal clerks and county clerks) generally are NOT professional managers of the sort you see in other IT-dependent operations, such as banking, retail uses of computer technology, or other government functions,” she wrote. “DO NOT assume that basic, common-sense quality-assurance practices taken for granted outside elections are used when counting votes.”

Though she described them as “absolutely inefficient,” McKim said that “in the absence of routine audits, recounts are necessary.” The good news, she added, is that “recounts are expensive, but routine audits need not be.”

“That should be the primary focus going forward: better audits can deter fraud and tampering, can uncover it if sufficiently robust, and can provide evidence of what the correct outcome should be, if actual voter intent is examined. If a robust audit is conducted after each election, the need for recounts should be reduced significantly,” Smith told WhoWhatWhy. “Right now, the state’s audit law needs work before it can be said to be an essential safeguard for the security of Wisconsin’s elections.”

While some may consider such safeguards too expensive, advocates believe they are vital to support healthy elections.

“When you consider what is at stake — the legitimacy of our democracy — it seems valuable to invest the time and effort to confirm that election results are fair and accurate. People quickly lose interest in participating in a process that they feel is rigged,” Wilson said.

“Good audit laws would prevent the necessity of most recounts, but anytime the process is not transparent and impartial, candidates and voters will suspect its legitimacy.”