While many Americans remain confused about what to make of Donald Trump, clues to his outlook can be gleaned from the policies of world leaders whose populist appeal resembles that of the new US president. In the first part of this series, we looked at parallels with recently impeached South Korean President Park. In this second installment, we take a close look at the tenure of an Eastern European strongman, who not only sealed off his country’s borders but whose forceful attacks against migrants helped stop his slide in the polls.

When thousands of Hungarians rallied against Prime Minister Viktor Orbán in Budapest last month, it was a rare public display of opposition to the “Viktator.”

Angered by Orbán’s clampdown of a university, protesters jammed the city’s central areas and marched to the headquarters of Fidesz (Orbán’s party) and the Education Secretariat building.  Orbán’s attempt to close down Central European University — funded by George Soros and the nation’s most liberal educational institution — is the latest example example of his avowed determination to turn Hungary into an illiberal state.

A recent poll shows that, before the clampdown, support for Orban’s party was at 37%.  Afterward, it was at only 31%. However, in Hungary’s multi-party system, that was more than enough to stay ahead of the pack, which was led by a far-right party at 14%. 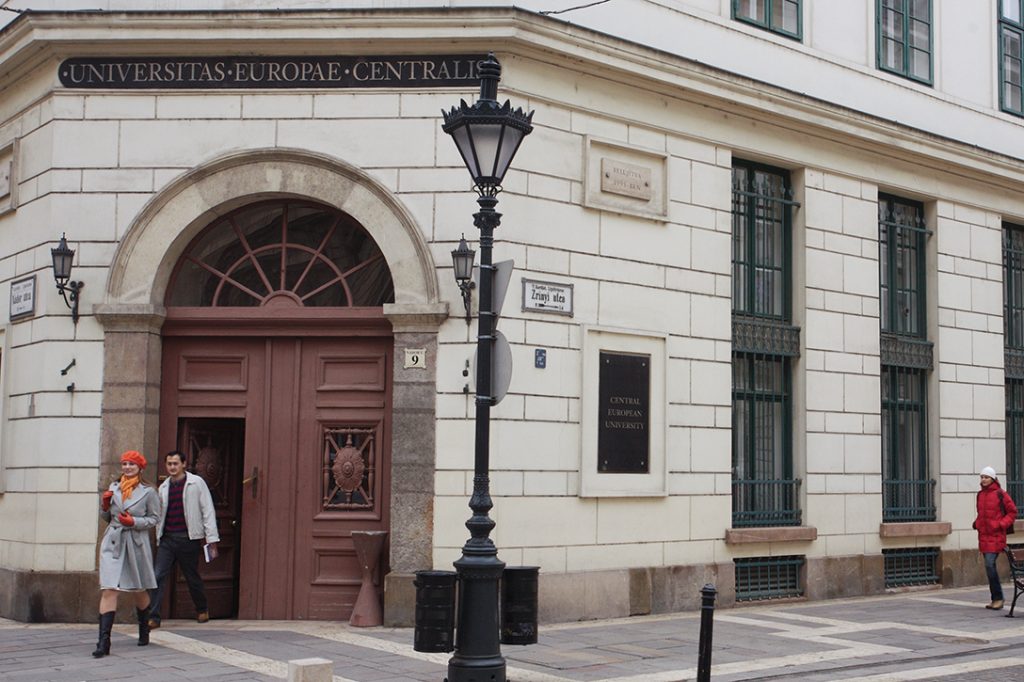 Viktor Orbán has a lot in common with Donald Trump. He has long pursued policies that he claims put his country first. His speeches are laced with anti-immigrant language. And he has backed up his hard-line nationalist rhetoric with actions — for example, by erecting fences along the country’s southern borders with Serbia and Croatia. These fences, constructed in 2015, are equipped in places with razor wires. Another barricade, set for completion next month, will flaunt high-tech surveillance tools such as motion sensors.

Orbán’s anti-immigration efforts have been condemned by the European Parliament. And concerns have been voiced globally by Amnesty International, Human Rights Watch, and similar NGOs.

But Orbán’s policies on refugees and migrants have not met the same resistance in Hungary as Trump’s have in the US.

A Hungarian who asked to remain anonymous told WhoWhatWhy that he is considered a “nativist” by his friends. The term “nativist” is used by Hungarians to refer to those who support their country’s current “protectionist” (at best) or xenophobic (at worst) measures.

As the owner of a shop on one of the touristy streets of downtown Budapest, he is likely just another middle-class man voicing his concern about the economic future of his nation. He says he voted for Orbán because he considered him an adept politician. Although he now suspects Orbán of corruption, he still stands with the prime minister because of his strong actions against refugees.

And the larger European community has not strongly condemned these policies. As explained by  philosopher and political scientist János Kis, a former leader of the Alliance of Free Democrats in Hungary, many Europeans deem Orbán’s hard line as the “only way to save Europe from the flood of masses that threatens to destabilize the continent.”

Orbán insists that migrants and refugees from Africa and the Middle East pose an “existential threat to the European way of life.” Critics contend that for both Orbán and Trump, making their own countries “great” equates to making them “white,” as Christian Picciolini, a former neo-Nazi, points out.

Orbán’s “us vs. them” rhetoric and his promotion of “secure borders” against the “violent threat” of immigrants verges on what Andrew Marantz calls “extreme nationalism.” 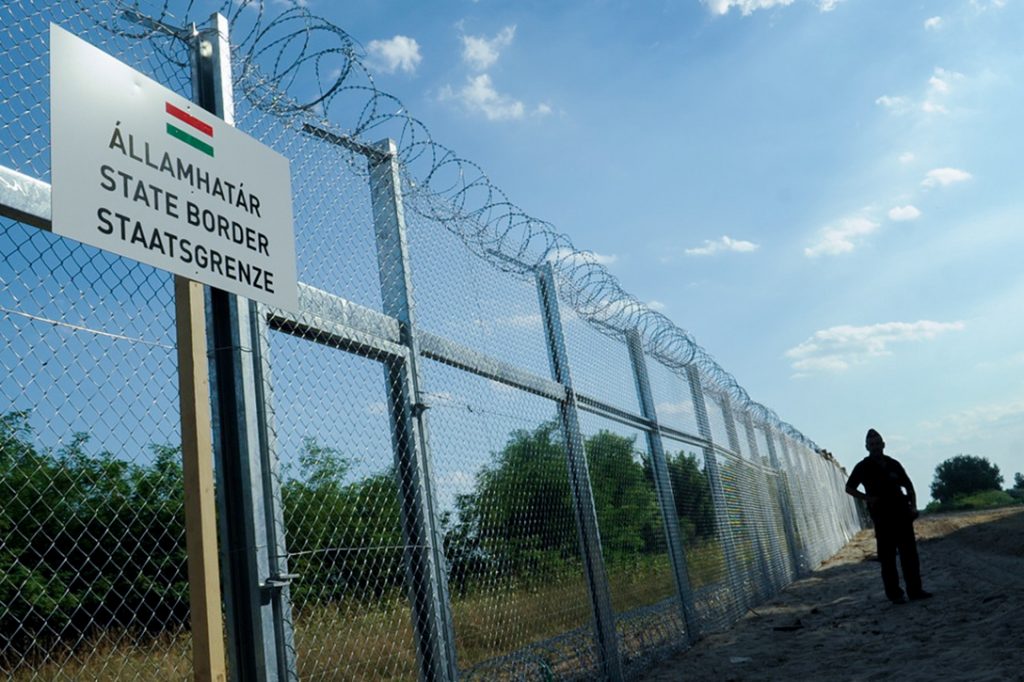 János Kis has theorized that the anti-immigrant “argument claims that the outer borders of the EU must be defended, as if asylum seekers were the army of a hostile power attacking the EU with tanks and an air force… The boat is full, the argument continues, so we must shove back those trying to climb in, lest we sink with them. This is brutal talk, but many think that those who are against it are bleeding-heart idealists [because] there is no other realistic solution.”

Orbán demonizes migrants as a way of justifying his harsh tactics against them. But he also frames his policies as sensibly practical by citing statistics to show that Hungary, like the European Union in general, will soon face ”civilizational disaster” if it lets in too many Muslim immigrants.

Like everything he does, Orbán’s very outspokenness seems calculated. Although EU regulations call for an independent press in all member countries, Orbán has dominated the public conversation in Hungary through various means, ranging from financial and other pressures to ensure favorable media coverage for his government’s actions to installing anti-refugee billboards on street corners.

Orbán has shown that he knows how to wield the levers of power in a modern authoritarian state. In the parliamentary election of 2014, which returned his Fidesz party to a commanding majority, international observers concluded that Fidesz “enjoyed an undue advantage because of restrictive campaign regulations, biased media coverage and campaign activities that blurred the separation between political party and the State.”

Beyond their anti-immigrant rhetoric and policies, Orbán and Trump share a fondness for Russian President Vladimir Putin. Just as stories swirl about the plausibility of deeper connections between Trump and Putin, the Russian leader’s influence on the rise of right-wing “strong men” in Europe has been the subject of much speculation.

Two weeks after the US election, Orbán spoke on the phone with President-elect Trump and reported that he and Trump hit it off handsomely. The Hungarian prime minister said that Trump had invited him to visit the US at some unspecified time in the future.

“I told him that I have not been there for a long time as I was regarded as a ‘black sheep’,” Orbán was quoted as saying. “He laughed and said, so was he.”

When Hillary Clinton was Secretary of State, the Obama administration was publicly critical of the erosion of democratic freedoms in Orbán’s Hungary.

Orbán came out strongly for Trump before the election, a risky decision considering how few people, in Europe or the US took the latter seriously as a candidate. Now, the Hungarian leader can hope that Trump will allow Hungary to pursue its anti-immigrant policies without having to worry about democratic niceties.