Each year, an estimated five million workers are injured on the job, 50,000 workers die from occupational diseases, and 4,800 die in workplace accidents.

That’s 13 worker deaths a day, said David Michaels, who served for seven years as head of the Occupational Safety and Health Administration (OSHA) during the Obama administration. Michaels spoke at a Workers Memorial symposium in Washington on April 28, the annual date for observances in the US and internationally.

The event — hosted by the non-profit economic think tank, Economic Policy Institute (EPI) and the National Employment Law Project — brought together worker-safety advocates and the workers and their families who directly experience the effects of lax safety regulations.

When you do enforcement, there is a record that establishes whether an employer knew about a safety lapse, did nothing about it, and should be punished for it.”

One of the most troubling rule rollbacks approved by Congress and Trump would mean that businesses no longer have to maintain records of workplace injuries and illnesses for five years.

“They are how OSHA knows about dangerous workplaces, and how NIOSH (the National Institute for Occupational Safety and Health) knows what [workplace exposures] need to be addressed. When you do enforcement,” he added, “there is a record” that establishes whether an employer knew about a safety lapse, did nothing about it, “and should be punished for it.”

There are other setbacks to workplace safety that have been implemented or proposed during the first 100 days. They include:

•  Delaying by three months a rule that would regulate worker exposure to silica — a fine dust from sand and granite that can lodge in the lungs. By one estimate, this will result in an additional 160 worker deaths in the construction industry. The longer the Trump administration delays, the more workers will die. The rule had taken years to be finalized.

•  Proposing to reduce the Department of Labor’s budget by more than one-fifth, affecting OSHA staff and resources. At its present level, OSHA inspects only one of every 159 workplaces each year.

•  Targeting the Chemical Safety Board for elimination. The small agency investigates the causes of chemical accidents, and makes recommendations on how to prevent them in the future.

•  Beginning the process to roll back higher standards for exposure to toxic beryllium dust, which can cause cancer and lung disease.

Michaels said the toll of worker deaths and injuries doesn’t register in the media the way other events do. For example, he said, the 2010 disaster at Upper Big Branch mine in West Virginia killed 29 miners and drew headlines. 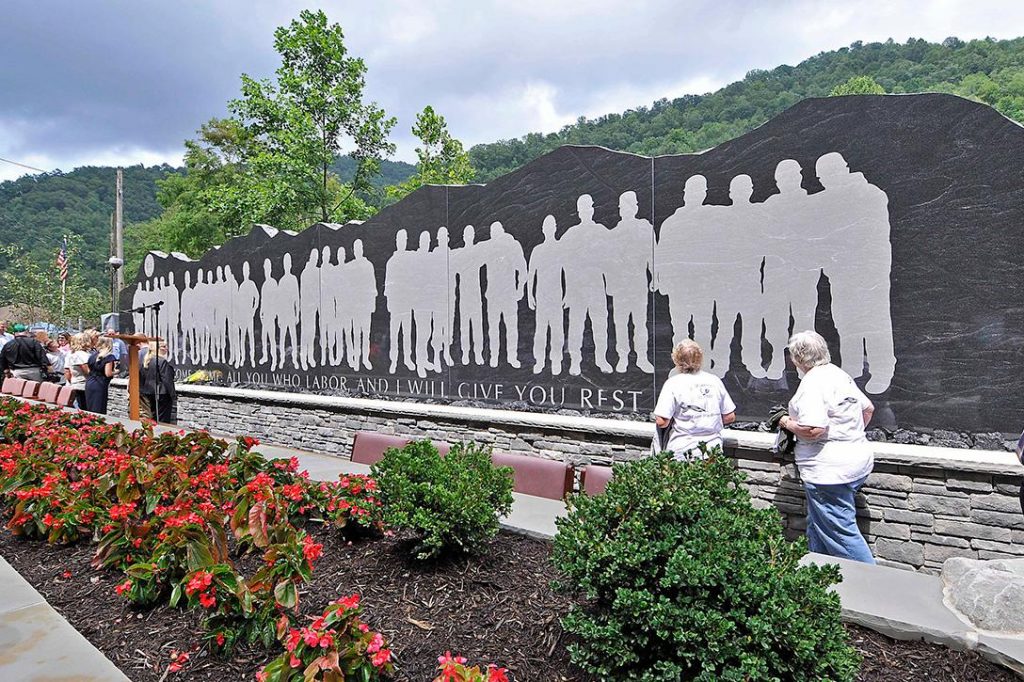 Likewise the recall of millions of defective Takata air bags was widely covered. But the total number of air bag fatalities throughout the world stands at 14, he said. That is as many deaths that occur in the workplace in just 26 hours, Michaels said.

The Human Cost Up Close

You don’t have to tell LeeAnna Mann the meaning of a workplace death. Mann’s husband Russell was 45 years old when he died as a result of a boiler explosion. The couple, who had known each other since they were 16 years old, had just reached a milestone in their lives, Mann recalled. They had raised their two sons, and “we had two grandbabies. We were becoming debt-free and were in perfect health.” They were looking forward to what she calls their “Mommy and Daddy time,” planning “to get an RV and start traveling.” Shortly before the accident, in 2012, Mann said, her husband had his annual physical. The doctor told him that “he had the heart of a twenty-five year old.”

Mann and his friend and colleague Billy Guy Smith died while trying to repair a very old boiler that should have been replaced years before, Mann charged. Smith died instantly after the boiler exploded. Mann, who was severely hurt by flying debris, spent 18 days at Oklahoma University hospital before succumbing to his injuries.

After the accident, the Wynnewood Refining Company in Wynnewood, OK, replaced the old boiler at a cost of $150,000. “My husband and Billy Smith were each worth $75,000” to the refinery. Mann said. If she and Smith’s spouse had known that $150,000 could have prevented these deaths, they would have sold everything they owned to protect their loved ones.

Thomas Donohue, the head of the U.S. Chamber of Commerce praised the administration for “its fast and efficient work to roll back the Obama administration’s regulatory onslaught.”

Tall and thin, 52-year-old Alan White worked for 16 years at a brass and copper products plant formerly known as American Brass. “I worked any job in the foundry,” he said. “They could put me anywhere they wanted.” He was routinely exposed to smoke, dust and fumes — but he was not informed about their potential danger or required to wear protective gear.

In 2009, he learned he had silicosis. “The doctor told me I would die from my exposure to silica,” White said. He already is feeling its effects. “I can pick stuff up but cannot carry it far. Walking upstairs is difficult,” he said. So was the pain of “watching your wife and loved ones cry as they try to figure out what silicosis is.”

White is still at work at his plant, but had to take lower-paying jobs away from the foundry. He needs to keep working to hang on to his health insurance and retirement benefits.

“I have twenty-two years now [at the plant]. I don’t want a reduced pension,” he said. White has not smoked in 23 years and doesn’t drink. But he knows what the future will bring. “Being a burden on the state. This is what they forecast for me.”

Peg Seminario, the AFL-CIO’s director of safety and occupational health, has worked in Washington long enough to remember efforts to undermine worker safety that date back to the Reagan White House. But, she said, this time things are different.

“In part, that’s because Congress and the White House are controlled by one party, Seminario told WhoWhatWhy. But there are other factors. “The labor movement is weaker,” she said, at the same time that corporate power and corporate money “is so much greater.”

Add to that, she said, the “deregulatory fervor” stoked by business trade groups such as the Chamber of Commerce and the National Federation of Independent Business. “The norms have shifted so much. It’s a more challenging and scary time,” she said. 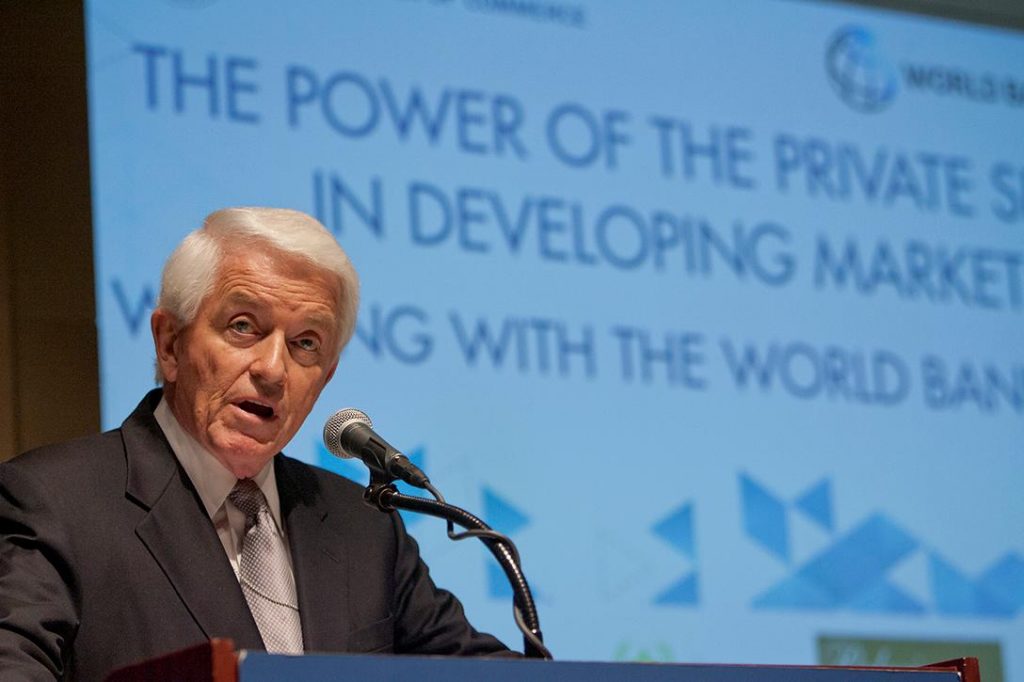 Thomas Donohue, the head of the U.S. Chamber of Commerce, praised the administration for “its fast and efficient work to roll back the Obama administration’s regulatory onslaught.” Business trade groups often charge that regulations are “job killing.”

But Eisenbrey contended there is scant evidence that regulations actually reduce the number of jobs.

Eisenbrey also insisted that worker safety has economic benefits. OSHA inspections “are not bad for business,” he said, noting that after an inspection, businesses reduce workplace injuries by 9%, and medical expenses by 26%.

Both Mann and White spent last week in Washington lobbying their members of Congress. They are concerned about the Trump administration’s rollback of rules and policies that they feel will weaken protections for workers.

Mann and White know the reforms they advocate cannot be implemented in time to benefit them. “I’m here because people have to stand up and fight for basic human rights, including safety at their job,” White said.

Mann agrees. Fighting back tears, she said: “I’m not a crusader. I’m compassionate.” She does not want other families to go through what she has endured, she said. “Trump went to the workers of America and promised to ‘Make America Great Again,’” she said. “How can you make America great again when you are killing the workers?”