Who Will Guard Election Integrity If GOP Takes Down the EAC? - WhoWhatWhy
Reading Time: 3 minutes

With the outrage of progressives largely focused on big-ticket items — such as the repeal of the Affordable Care Act, the gutting of the Environmental Protection Agency and GOP attempts to reduce funding for public schools — other equally alarming proposals have slipped under the radar. A case in point: the proposed elimination of the federal agency tasked with ensuring a secure and smooth election process.

A House committee vote last month caused a momentary outcry, but it was short-lived as other issues quickly seized the headlines. Unlike many things on the GOP wishlist, however, shutting down the Election Assistance Commission (EAC) might actually happen.

“It is my firm belief that the EAC has outlived its usefulness and purpose,” said Rep. Gregg Harper (R-MS), chairman of the Committee on House Administration, who is the driving force behind this effort.

A Democratic congressional aide, who asked not to be named, strongly rejected that claim.

“If Mr. Harper spent more time talking to election officials, he would find that it hasn’t outlived it’s usefulness,” the aide told WhoWhatWhy.

The Democratic staffer argued that the EAC, which was created following the 2000 presidential election fiasco as part of the Help America Vote Act of 2002 (HAVA), benefits precisely the people who need it — voters and election officials.

“[Among] these two groups the EAC enjoys tremendous support,” the aide said. “Why do they want to get rid of it? I don’t know. It goes against the wishes of everyone it serves.”

These sentiments were echoed by Commissioner Thomas Hicks, the current vice chair of the EAC.

“In the days leading up to the mark-up of this legislation and in the days since, we’ve received notes from election officials and voters across the nation thanking us for our work and validating the important role we play,” Hicks told WhoWhatWhy in an email.

“We’ve also received widespread, bipartisan support from advocacy groups within the beltway and beyond. Anyone with questions about our value should speak directly with the election officials and voters we serve.”

Harper’s claim that the agency charged with helping states run secure elections is obsolete seems at odds with President Donald Trump’s assertion that millions of votes have been cast illegally and his contention that the 2016 election was in danger of being rigged.

Other Republicans also point to claims of voter fraud as they pass increasingly draconian Voter ID laws at the state level.

Democrats, on the other hand, have expressed their own concerns about Russia interfering in the election process.

For these reasons alone, it would be a sign of “ignorance” to vote to eliminate the agency, the Democratic aide told WhoWhatWhy.

“The EAC is the only federal agency that’s charged with making sure our elections are fair and transparent and secure…,” the staffer said. 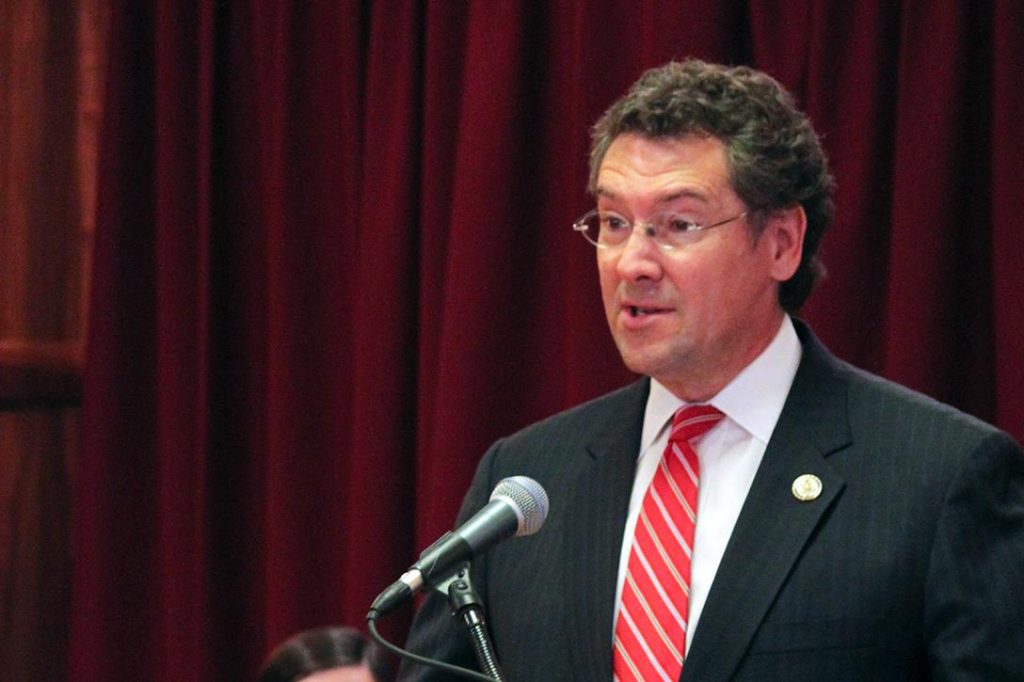 Forty-seven states currently rely on the EAC to assist them with some aspect of conducting elections.

By eliminating the agency — which develops voting-machine standards, helps test and certify these machines, shares best practices and conducts research — states would be forced to fend for themselves. This would leave them at a distinct disadvantage, especially as it relates to potential attempts of foreign powers to hack the vote.

“You’re asking a state to go toe-to-toe with a nation,” the Democratic aide told WhoWhatWhy.

Harper’s solution is to get rid of the EAC and let the Federal Election Commission (FEC) handle the agency’s responsibilities in the future.

“No other federal agency has the capacity, willingness, or expertise to absorb its responsibilities and these responsibilities can only be effectively or efficiently performed at the national level,” Getachew Kassa, the manager of the NAACP Voting Rights Initiative, told WhoWhatWhy.

This isn’t the first time that Harper has attempted to dismantle the EAC. The GOP lawmaker has introduced the measure each Congress since 2011 — something most news articles on the party-line vote in Harper’s committee failed to mention.

The difference is that there is no Democrat in the White House who can veto the legislation if it were to pass Congress.

The key question is who would actually benefit from the elimination of an agency tasked with safeguarding the integrity of elections. There is one obvious answer: Anyone not interested in a secure vote.

4 responses to “Who Will Guard Election Integrity If GOP Takes Down the EAC?”