Last Thursday, towards the end of The Time for Regulatory Reform in Congress, a four-hour conference on Capitol Hill, Chuck Gordon, a retired federal lawyer, raised his hand to ask a question.

“Agencies have made the air cleaner,’” and ensured that “workers are protected from asbestos,” he said. “Why do people here hate agencies?”

Gordon’s query was understandable. Most panelists expressed a distaste for agencies that was palpable. The conference was co-sponsored by the administrative law section of the American Bar Association, but the driving force behind the event appeared to be its partner, the Center for the Study of the Administrative State, a program of the Antonin Scalia Law School at George Mason University. “It is fitting that an institution bearing the name of Antonin Scalia would sponsor this event,” keynote speaker Senator Mike Lee (R-UT) told conferees.

Lee railed against “executive branch bureaucrats who work in Soviet-style structures,” who go unnoticed by the public. But agencies’ “reputation for irrelevance” has never been deserved, he added, charging that the “administrative state is revolting” against the Trump White House.

Lee accused national intelligence leakers of using their power to “go after” Michael Flynn, who resigned as national security adviser after media accounts of his meetings with the Russian ambassador before Trump took office. While not commenting on the merits of Flynn’s actions, Lee said he found the leakers’ actions reprehensible “behavior for a banana republic.”

Another sign of agency resistance, he said, was the effort of Environmental Protection Agency (EPA) staffers and their union to “pressure” the Senate to reject Scott Pruitt as EPA head.

Agencies, Lee insisted, “are operating almost as a fourth branch” of government, ignoring the US Constitution’s delegation of “all legislative powers” to Congress.

Lee’s speech confirmed the event’s main message: Congress had given away far too much power to federal agencies, and it was time to roll that power back. Panelists suggested a number of legislative and policy options to do just that. 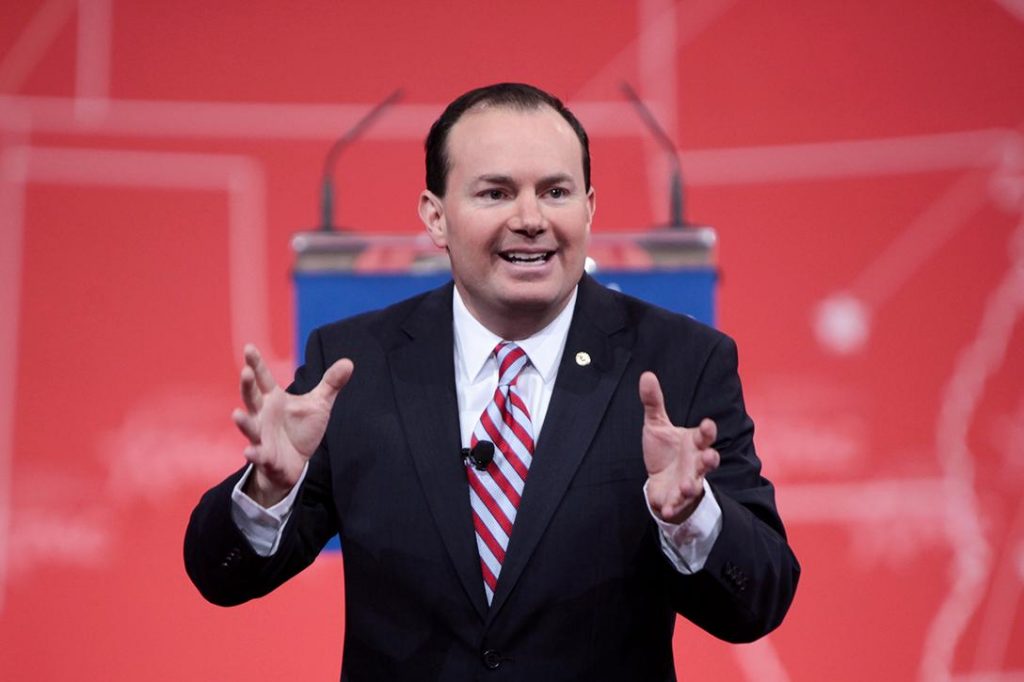 Todd Gaziano, the executive director of the conservative Pacific Legal Foundation, proposed that the Trump White House work with Congress to nullify regulations and policy positions that go far back in time. He said that the current law, the Congressional Review Act (CRA), which he helped draft as a congressional staffer, could be a far more powerful cudgel.

The CRA, passed in 1996, permits Congress to overrule economically significant regulations during a brief time period — 60 legislative days — after they have been finalized. To block a regulation, the president must also consent, meaning that the CRA is only effective when the political stars align, as they did in 2016: A Democratic president was replaced by a Republican president, and Republicans retained control of the House and the Senate.

The regulations targeted by the CRA are often termed “midnight regulations”  — implying they were issued in the waning hours of a presidential administration — although many of them were actually years in the making. The law allows Congress to block these rules through a process that requires only 51 votes to pass in the Senate. Not only does the CRA kill rules, it states that a rule that is “substantially the same” as the rule that was killed can never be proposed again, unless Congress passes another law allowing it.

Until President Donald Trump was elected, Congress had overturned just one regulation under the CRA, a rule to address workplace injuries like carpal tunnel finalized by the Clinton White House shortly before George W. Bush was elected. The Department of Labor never tried to propose a similar rule again.

To date, Trump has axed two Obama rules, with several more on Congress’s plate. Matthew Owen, a senior aide to Sen. Rob Portman (R-OH), predicted that Congress may use the CRA to kill “10-15” rules.. If that prediction comes to pass “we will have increased the use of CRA by a thousand or fifteen hundred percent,” Owens said with enthusiasm. (Owen also noted that he was speaking for himself and not Portman, but Portman has a long history of wanting to curb agencies.)

Owen described one of the recently killed rules as dealing with “gun rights and veterans.” The rule would have added 75,000 people receiving Social Security disability benefits because of mental illness or other incapacity to the Federal Bureau of Investigation’s background check database for firearms. The other rule that Congress blocked would have barred coal companies from dumping toxic waste in streams.

But why kill just midnight rules? Gaziano contended that the CRA could be used to go after much older rules that fell through the cracks. The CRA requires agencies to send a report on their rules, and the rule’s costs and benefits, to both houses of Congress and to the Government Accountability Office (GAO) before the 60-day clock for congressional review starts ticking.

“Twenty-one years later, since the CRA was passed, studies show that hundreds of rules were never delivered to Congress and the GAO,” Gaziano claimed. There is a backlog of scores of rules that agencies could send to Congress and lawmakers could eliminate, he contended.

The beauty of “CRA 2.0,” Gaziano said, is that once Congress kills a rule, it cannot be resurrected in the future. Conservative media and groups have hailed the concept as a “regulatory game changer.”

The panelists also discussed many other legislative proposals that had kicked around for years, but now have new life with Republicans firmly in control. “The administrative state is in the crosshairs,” exulted Naomi Rao, the director of the Center for Study of the Administrative State, suggesting that the time for massive deregulation “has really come.”

Many panelists endorsed Portman’s Regulatory Accountability Act, which would add many more requirements for agencies to make rules, giving corporations more opportunities to block them. Christopher Walker, a law professor at Ohio State University, declared himself a “big fan” of the bill. He predicted it would allow “regulated entities to have a bigger role” in conceptualizing a rule before an “agency dives in.” 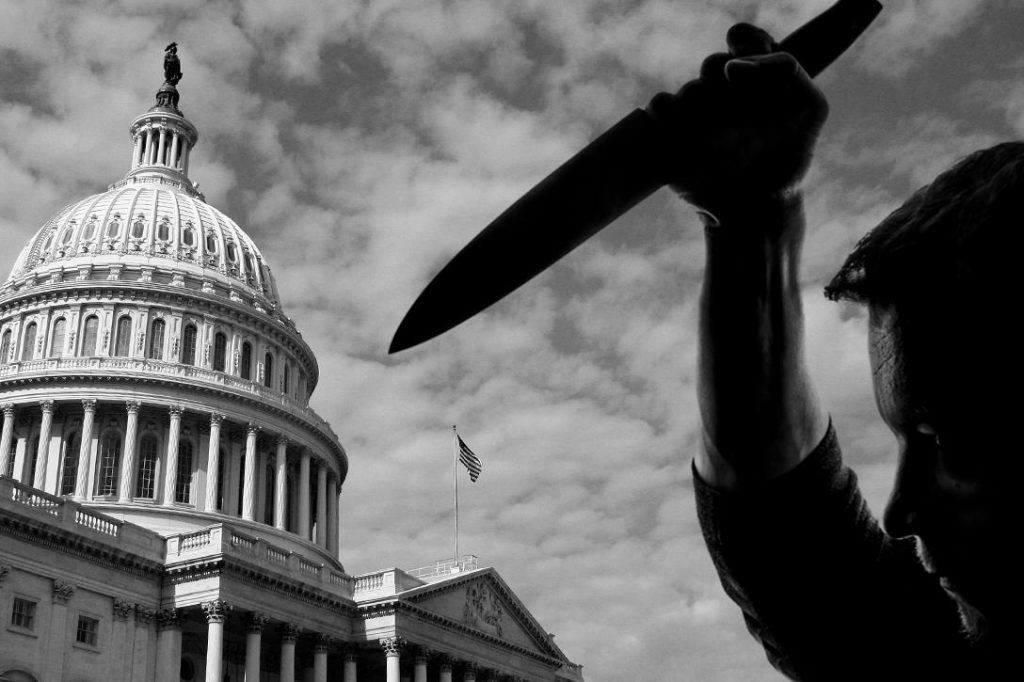 One skeptic was George Washington University law professor Richard Pierce, who has written more than 20 books on administrative law and related issues. He found all the proposals discussed “ill advised” and based “on a misunderstanding of agency rulemaking.” The way agencies currently develop regulations is “not loosey-goosey,” Pierce said, and agencies now struggle to comply with burdensome rulemaking requirements. He cited a recent study that showed that the average EPA rule takes more than six years to implement.

Pierce also contended that agencies have issued rules whose public benefits far outweigh the costs of compliance. Pierce referred to a recent report by the White House Office of Management and Budget that reviewed 10 years of major agency rules and found that the benefits were seven to eight times greater than their costs.

But Pierce’s critique was largely ignored as panelists extolled yet another proposal: the Regulations from the Executive In Need of Scrutiny (REINS) Act. Members of Congress routinely expect agencies to write the rules to implement their broad legislative mandates. But REINS would put Congress in the driver’s seat. Any rule that cost at least $100 million annually or had other big impacts could not take effect until both the House and Senate approved, and the president gave his consent. REINS imposes a tight timeline on Congress — 70 legislative days. If Congress fails to act, the rule dies and stays dead for the duration of that Congress.

In the past, many lawmakers had believed that REINS was not workable, largely because Congress lacks both the expertise and the time for floor action. Even Senate staffer Owen predicted it would tie up the Senate.

But other panelists — feeling a conservative wind at their backs — were more enthused. Jonathan Adler, director of the Center for Business Law and Regulation at Case Western Reserve University, argued that REINS would ensure that agencies paid attention to the current Congress, not to the laws that an earlier Congress had actually passed.

For example, Adler said, Congress can tell an agency that “we’d like a proposal” about how to address air pollution in 2017, and then Congress will vote that proposal up or down.

Lee concluded the conference by insisting that lawmakers “like to pass platitudes,” about things like clean air and water, but then can blame federal agencies when their constituents complain about the rules. The administrative state, Lee said, fails “to put people in charge of their government,” leading to “a deep and bipartisan distrust.” With the cooperation of a Trump White House, Lee said, Congress “can regain that trust.”

Congress already is actively rolling back regulations through the CRA, Narang observed. “Congress can pass a law to repeal any regulation,” he added. “Congress can also go after popular laws like the Clean Air Act.” The reason Congress doesn’t weaken the Clean Air Act or Clean Water Act or the Occupational Safety and Health Act is because lawmakers know “they would face public opposition,” Narang charged.

All these proposals under discussion, Narang contended, “would be damaging and harmful. Their practical impact would be extreme: blocking public protections wholesale.”