One hundred years ago today, Jeannette Rankin became the first female member of the House of Representatives. While there have been many others in the meantime, the US lags far behind other nations with regard to electing women — even in such ostensibly retrograde places as Saudi Arabia, Iraq and Afghanistan.

While it might be expected that European countries have a greater share of women in their respective legislative bodies, the US also trails countries like Rwanda, China, and Sudan. In fact, the US ranks 104th on the Inter-Parliamentary Union’s global list of female representation.

Here is another eye-opening stat: The number of men currently serving in the House is greater than the combined number of women who have ever served in Congress — both in the House and the Senate.

A total of 104 women have been elected to the current Congress, 21 senators and 83 members of the House — less than 20% — even though women make up more than 50% of the population.

While women in the US enjoy greater benefits than those in many other countries, they are woefully underrepresented in national and state offices. In addition to the presidency, which is now being held by the 45th consecutive man, there are several key offices that have never been occupied by women.

However, Terry O’Neill, the president of the National Organization for Women (NOW), told WhoWhatWhy that this election, and the resulting backlash against President Donald Trump, could change that.

“Women throughout the country are [saying] ‘we need some structures that can protect us [while] having a misogynist in the White House of the United States’” O’Neill said, referring to Trump’s “retrograde” stances on a woman’s place in society.

Women, fired up by the election result that saw one of their own fall short against Trump, have been instrumental in the opposition to the new president. That includes turning out in record numbers to protest his election on the day following the inauguration.

With regard to representation in Washington, however, they have a long way to go. A total of 104 women have been elected to the current Congress, 21 senators, and 83 members of the House — less than 20% — even though women make up more than 50% of the population.

While Democrats are slowly approaching parity with 78 women in Congress (33% of all Democrats), female Republicans in Congress (9% of all Republicans) are nearly as rare as women in Iran’s parliament (6% of all lawmakers).

“I see more and more women feeling like the Republican Party has abandoned them and recognizing that reality and going elsewhere,” O’Neill told WhoWhatWhy.

The president of NOW believes that this misrepresentation is one of the reasons why the US is “absolutely lagging behind on many measures of women’s equality.”

So why is it that countries like Saudi Arabia, Iraq and Afghanistan have a greater share of women in their legislative bodies than the United States? 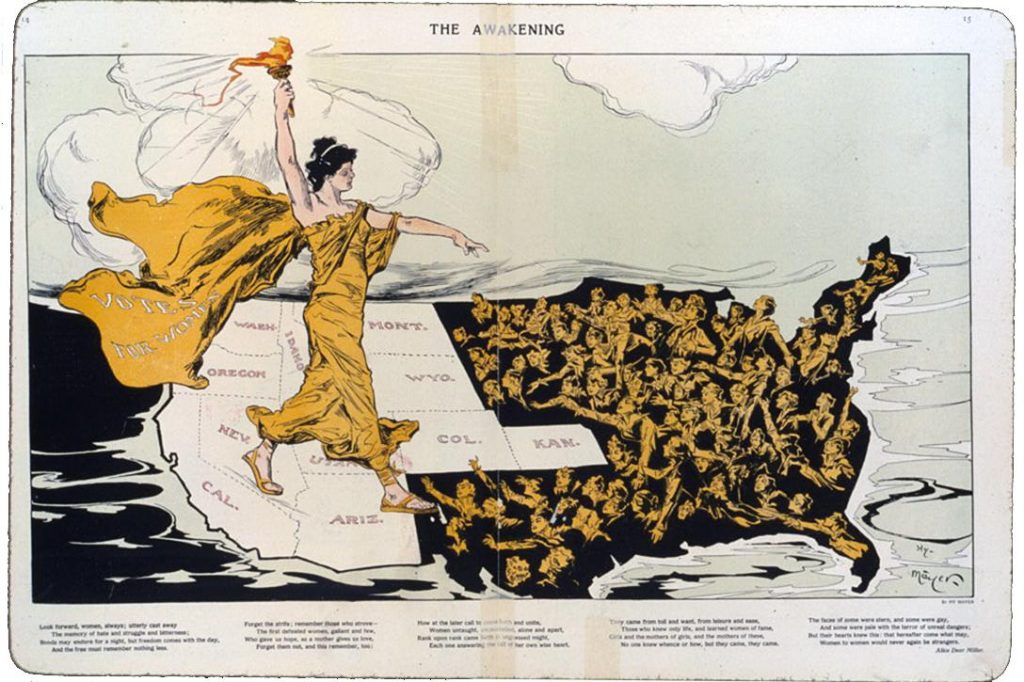 One of the main reasons is a United Nations treaty called the Convention on the Elimination of All Forms of Discrimination against Women (CEDAW).

Adopted in 1979, the treaty created what was described as the “international bill of rights for women.” It consisted of 30 articles that cover a woman’s equal access to education, voting, health (including reproductive rights) and the right to hold office. It has been ratified by 189 countries, including Afghanistan, Iraq and Saudi Arabia.

President Jimmy Carter signed CEDAW in 1980 but Congress failed to ratify the treaty, making the US one of a small group of nations that did not do so. The others are Iran, Somalia, Sudan, Tonga and the Vatican.

It should be noted that there were 18 women in Congress in 1980 — 3% of all legislators that year.

“All the other countries that have ratified this multilateral treaty have gone on to establish quotas and programs and other things to actually begin moving women into full participating people in their society,” O’Neill pointed out.

Afghanistan, for example, put in place a quota in 2004 that at least two women from each of its 34 provinces must serve in the lower house of national parliament. In the upper house, where two-thirds of the representatives are elected directly and one-third is appointed by the president, a law mandates that half of these appointees must be women.

O’Neill points to the defeat of the Equal Rights Amendment (ERA) as another reason for the underrepresentation of women in Washington. Passed by Congress in 1972, it would have assured that “equal rights under the law shall not be denied or abridged by the United States or by any state on account of sex.” However, it fell short of approval by three states at its 1982 deadline.

“The women’s movement grew, they flexed their muscles, they started experiencing their power,” explained O’Neill who said the negative backlash from the amendment’s defeat sent women’s activists into elections and helped them defeat politicians at the state level. So despite the ERA’s defeat, “the women’s movement actually got bigger and stronger.”

Working a lifetime for unequal pay, being less willing to take financial risks, and being viewed as the less viable candidate by political parties (even locally), puts women at a disadvantage, O’Neill contended.

Other countries have found ways to help women overcome some of these obstacles.

In Afghanistan, for example, women who are unsuccessful in reaching the vote threshold to run have their nomination fee refunded by their political party.

In addition to the increased engagement of women in the political process after the election, there is another sliver of hope for them.

On February 22, Nevada ratified the Equal Rights Amendment, despite its being decades past the deadline. Some activists argue that could spark another push for amending the Constitution.

The ratification of the ERA is one of many steps O’Neill believes the country will have to take before females reach representation in Congress that reflects their share of the population.

She sees such steps as strengthening democracy for all.

“Women would obviously be benefitted,” she noted. “Women of color, I would hope would be obviously recognized as leaders in their community — which in fact they are, they just don’t get the positions, but the natural consequence of all of this is men would be better off, far better off than they are today.”

Her belief that a greater representation of women in Congress would benefit everybody is a sentiment shared with Rankin, the trailblazer from Montana who took the oath of office 100 years ago:

“Men and women are like right and left hands; it doesn’t make sense to not use both.”