President Donald Trump would have a hard time getting into his own cabinet given his business entanglements, ethics experts told WhoWhatWhy. With Trump’s apparent decision not to separate himself from his businesses, the potential for conflicts of interest in his White House — not just financial but political and even military — are mind-boggling.

Why are cabinet nominees held to a higher ethical standard than their boss? Because they are legally obligated to divest from investments that might conflict with their governmental roles. But the same requirement doesn’t apply to the presidency, a loophole Trump is exploiting.

One Trump cabinet nominee has already withdrawn due to potential conflicts of interest. Vincent Viola, an investment banker whom Trump picked for Secretary of the Army, opted to drop out of contention earlier this month rather than divest from his business dealings, including an attempt to acquire shares of an airline receiving government subsidies.

If Trump were to be selected for the same role under a different president, his current financial set-up, a revocable blind trust overseen by his son, would not be enough to pass ethical muster. He’d have to divest from his real estate and any other assets in the dozens of foreign countries he has dealings with, said Richard Painter, who served as chief ethics lawyer in the George W. Bush White House.

“Holdings outside the United States are incompatible with any [cabinet] position having to do with national security,” Painter told WhoWhatWhy.

Another post Trump would surely have trouble getting confirmed for is Treasury Secretary, according to Richard Briffault, a law professor at Columbia University.

His real estate holdings would also be at issue here given his extensive dealings with the very banks he would be overseeing. An analysis by the Wall Street Journal showed Trump owes at least hundreds of millions of dollars to more than 150 different financial institutions.

Trump’s hotel business would also get in the way of leading the departments of Labor and Homeland Security, Briffault told WhoWhatWhy. For decades, Trump has hired foreign workers for seasonal shifts at his Mar-a-Lago Club, which flies in the face of his pro-American worker rhetoric.

Every president since Jimmy Carter has released his tax returns, but the disclosure isn’t required by law. Trump has stated he will not release his returns.

Without Trump’s tax returns, however, it’s hard to gauge the full extent of his investments, and therefore his potential conflicts of interest. As a cabinet nominee, Painter said, he would most likely be compelled by the Senate to produce his tax returns before a confirmation vote. 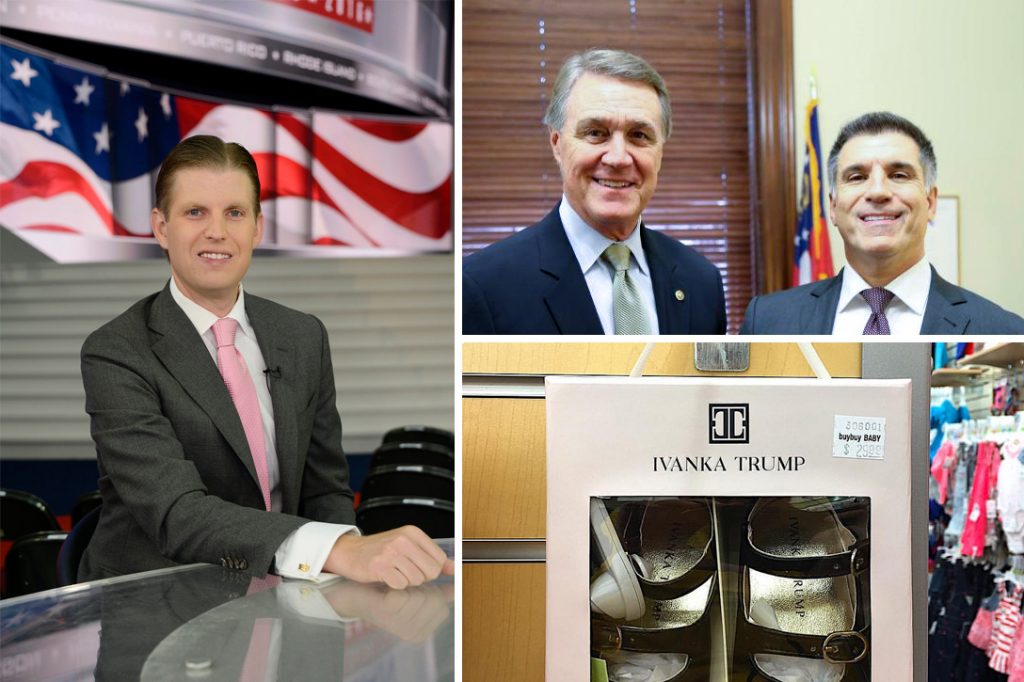 Of course, putting the fox in the hen house, politically speaking, is nothing new. Industry insiders have long taken top positions at key regulatory and cabinet departments involved in overseeing their very companies, usually after distancing themselves from their assets for the duration of their tenure.

Secretary of State and former Exxon-Mobil CEO Rex Tillerson has agreed to sell his shares in the fossil fuel giant; the company also signed an additional agreement with ethics regulators. Recently confirmed Education Secretary and rightwing billionaire Betsy DeVos has said she intends to divest from a number of education-related ventures, including a student-loan collection service.

In contrast, Trump has refused to divest or put his assets in a blind trust not handled by a family member, arguing that as President he’s under no legal obligation to do so. The president handed control of the Trump Organization to his eldest son, Donald Jr., and to the organization’s chief financial officer. But Trump can rescind their authority at any time, and the scheme falls way short of what the Office of Government Ethics recommends, though the arrangement seems well within the law.

The U.S. code actually exempts the president and vice president from conflict of interest laws, a legal interpretation supported by a Congressional Research Office report back in October.

Still, most recent presidents have put their personal assets in a blind trust to avoid the appearance of corruption. And Painter and other ethics experts warn that Trump may be running afoul of the emoluments clause in the Constitution, which bars federal officials from receiving payments from foreign governments.

Concerns stem from the fact that Trump’s business ventures span the globe — from a resort in Indonesia to golf courses in the British Isles — which could serve as cover for such payments.

“He’s taken very few steps,” Briffault said. “He doesn’t seem to be interested in the kind of real separation from his business and government interest that would be required of anyone.”

Trump’s refusal to distance himself from his business interests has become all the more troubling in light of recent moves further blurring the line between his politics and his businesses.

The Pentagon is looking into leasing space in Trump Tower, directly enriching Trump with taxpayer money in the course of fulfilling the customary function of keeping a place for military officials near the president’s residence.

On Wednesday, Trump berated department store chain Nordstrom for dropping his daughter’s clothing line, prompting the company’s stock to drop briefly, and top aide Kellyanne Conway came under fire for plugging Ivanka’s products during a media interview the next day.

Eric Trump recently made a business trip to Uruguay to oversee a Trump Tower in construction there, costing taxpayers nearly $100,000 for the security detail.

The controversial executive order banning immigration from seven Muslim-majority countries, but not from others, has raised eyebrows for reasons beyond the moral issues involved. The Trump business empire has extensive ties to major Muslim countries untouched by the ban — such as Egypt and Saudi Arabia — but none in the seven countries specifically targeted by the ban..

Further, no citizen of those seven countries has been responsible for a deadly attack on US soil for over two decades, while Egyptian and Saudi nationals were prominent among the hijackers on 9/11.

Is this a harbinger of how policy decisions can be shaped by financial conflicts of interest in an administration headed by an ethics-light president with global business connections? Only time will tell.