The advocates who work the halls of Congress, trying to persuade lawmakers to do more to protect public health and safety, the environment and our financial system, are gearing up for a tough four years in Washington. They worry not only about the White House, but also face a House and Senate both controlled by Republicans.

They’ve seen this movie before. President-elect Donald Trump and congressional Republicans have promised to reduce “job-killing” regulations — promises that were made and kept in earlier Republican administrations. But on December 19, the same day the Electoral College voted to make Trump the next president, post-election polling results showed that the public has not turned its back on regulation. Voters just need to hear a message that makes sense to them.

The survey results were badly needed after the “endless depressing meetings” that advocates had convened post-election, said Rachel Weintraub, legislative director and general counsel for the Consumer Federation of America.

Progressive activists know all too well what they will face this January.

“I’ve been here since 1970,” said Erik Olson, a senior health, agriculture and food policy advocate with the Natural Resources Defense Council (NRDC). He remembers fights during the administrations of Ronald Reagan, after the 1994 House Republican victory of Newt Gingrich, and the eight years under George W. Bush.

On the first day of the Trump administration, Olson said, he expects a “freeze on new regulations,” and the repeal of Obama Administration executive orders.

In Congress, Olson predicts strong momentum for passage of the Regulations from the Executive in Need of Scrutiny (REINS) Act. REINS would require Congress to weigh in and affirmatively approve virtually any substantive regulation within a tight timeframe (a 70-day window). If Congress said “No,” or just failed to act, the agency could not move forward. “It would choke off” all new regulations, Olson said.

He also expects “efforts to roll back” the new federal Clean Water Rule that protects streams and wetlands, along with deep cuts to the Environmental Protection Agency’s enforcement budget.

Lisa Donner, executive director of Americans for Financial Reform (AFR), is most concerned about the fate of the Consumer Financial Protection Bureau (CFPB) — created in the aftermath of the housing crash of 2008 that was brought about by lax regulation of mortgage lending. The CFPB, the brainchild of Senator Elizabeth Warren (D-MA), was designed to be independent, with its funding from the Federal Reserve Board and a director appointed for a five-year term. Its mandate is to ensure that banks, lenders and other financial institutions are not cheating or exploiting customers.

“We’re worried about efforts to dismantle the Bureau,” Donner said. Congress might weaken the consumer agency’s independence by changing its command structure, so that instead of a director it would be led by a bipartisan commission. That would make it far more vulnerable to political interference, she said. Since its creation in 2011, the CFPB has restored nearly $12 billion to consumers.

People are angry that corporate bad actors whose fraudulent practices caused the housing crisis “didn’t go to jail,” she said. Advocates must have “an affirmative agenda that tells the story of insiders writing the rules” that caused “actual economic pain.”

The Consumer Product Safety Commission (CPSC) also could be in the GOP crosshairs, Weintraub said. Trump has not yet spoken about the agency, and the incoming administration has not proposed anyone to replace its current chair. But she anticipates “extensive challenges” during the next four years.

She recalled what happened to CPSC during the Reagan era in the 1980s. The independent agency, which oversees the safety of thousands of consumer products, was “almost decimated” during that time, she said. It not only lost significant funds, but also laws were passed that put constraints on the agency’s ability to expose bad actors and warn the public.

She hopes that consumer safety advocates can make the case that “only a CPSC that has adequate funding” can protect consumers. She also believes that the current CPSC chair should continue his practice of imposing significant civil fines on businesses that flout safety regulations, and not be intimidated by the new administration’s rhetoric. Congress passed a law in 2008 that strengthened the agency and significantly increased the size of fines it could levy. Last March, Weintraub noted, CPSC levied a $15.4 million fine on the Chinese maker of dehumidifiers that caused fires.

The advocates made their remarks during a briefing jointly hosted by the Economic Policy Institute, a nonpartisan, nonprofit DC think-tank that focuses on labor issues, and the State Innovation Exchange (SIX), which helps state lawmakers advance progressive policies. The briefing unveiled recent polling on voter attitudes done by the Democratic polling firm, Lake Research Partners, and commissioned by The Bauman Foundation and SIX. 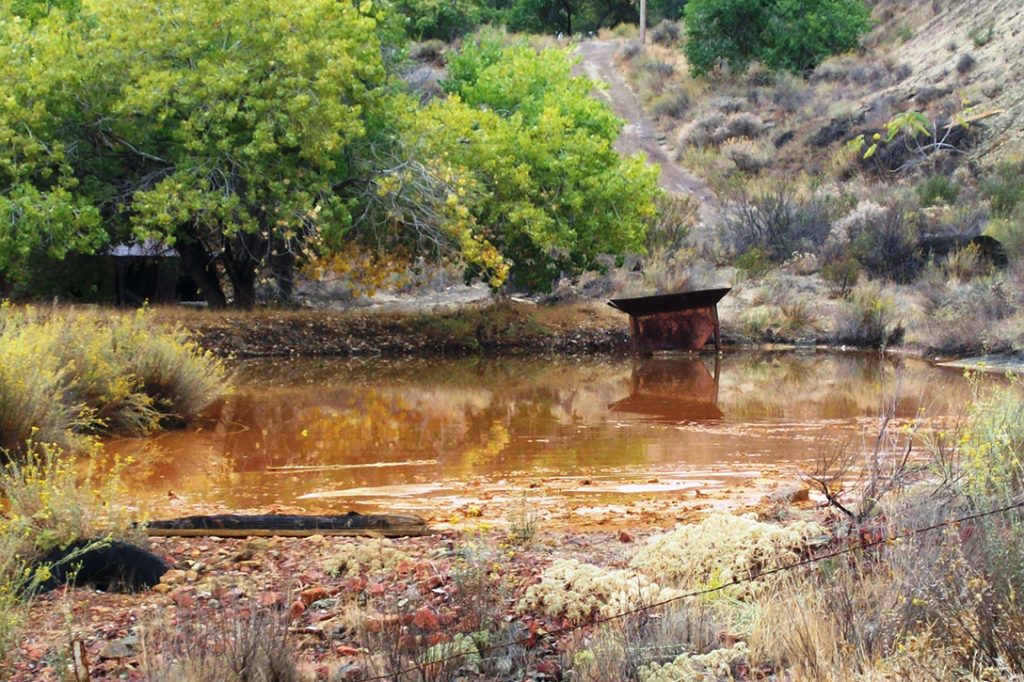 Most baby boomers remember the look of polluted rivers in America prior to creation of the EPA. Many were the color of this waste water pool. Photo credit: mlhradio / Flickr (CC BY-NC 2.0)

About 21% of the population strongly values regulation, and 16% of Americans are hardline anti-government conservatives, she said. But 63% of voters hold conflicting views, both supporting enforcement of regulations but worried about their potential costs in dollars and jobs. Lake calls them the “persuadables.”

In 2014, Lake had conducted focus groups with Ohio white working-class voters — most of whom, she assumes, had ended up choosing Trump — and also did a statewide survey of Buckeye voters. The polling showed support for enforcement of regulations. Lake’s post-election polling demonstrates that the support has persisted.

But the election made clear that we now live in a post-truth world.

“Facts don’t matter,” Lake said. She stressed that the framing of a pro-regulation message is crucial. People respond well to the frame of tough and fair enforcement of existing rules, with real penalties.

She adds, however, that “for real-world people,” a focus on enforcing existing rules doesn’t imply a moratorium on new regulatory activity. People understand that modernizing, or expanding the existing rules is a necessary task, and they will respond positively if proposals are framed that way, rather than talking about adopting new rules, she said.

Respondents to the online survey also viewed brief films of mock debates between four individuals who played the roles of federal lawmakers. Pollsters deliberately created a neutral playing field where all the debaters were white, middle-aged and dressed in suits.

The candidates who opposed regulation borrowed rhetoric from the US Chamber of Commerce, Senate Majority Leader Mitch McConnell (R-KY) and Trump. Their arguments focused on regulations’ cost, impact on the growing national debt, and harm to small businesses.

But those arguments were bested by pro-regulation debaters who stressed that enforcement of regulations, when done “properly,” can protect us from physical and economic harm. The voters responded well to the case studies the debaters referred to — examples of real-world disasters that occurred because of lax regulation.

Lake measured voter attitudes in real time, with survey participants registering their receptivity to a message by turning dials recording their moment-to-moment responses.

The pro-regulation side consistently won among all but 16% — the most-hard-core of anti-government conservatives, she said.

Lake distinguished between offering specific examples of the consequences of a public policy option, and the practice of putting a human face on a problem. Personalizing issues doesn’t work, she insisted. People who hear individual stories “try to fix the person, not the problem.” So if you describe the plight of a single mother working a minimum wage job with two kids, people won’t support raising the minimum wage. They will ask why the woman opted to have kids, or didn’t go to college.

Descriptions of real-world events that show what went wrong because of bad policy  are more powerful, Lake said. For example, to argue for more rigorous regulation, it is most effective to offer an example of a disaster that affected many people, creating a situation over which they had no control. Lake gave an example: the West Virginia coal slurry spill that polluted the Elk River, tainting the water of 300,000 people in the state. People respond to it because they realize it could have happened to them, she said. Lake stressed that messages must also let the public know that regulation can work.

Public interest advocates who attended the briefing were convinced that the research would help them make their case to the public, federal agencies and elected officials.

Sam Munger, SIX director of strategic engagement, said that state elected officials who had seen the Lake presentation were so impressed they wanted to incorporate the debate messages into their own speeches. State legislators are vulnerable to pressure from one or two large businesses in their districts, he said. They often are “hammered on this issue.” But the Lake presentation and polling can reassure them that there is public support for clean air and water and workplace safety. People hate state government, he said, “slightly less” than they do the federal government.

The pro-regulation advocates hoped that the data would persuade elected officials at both the state and national level to stop being in a “defensive crouch” when it came to talking about the value of regulations that protect the environment, public health and safety, workers and the financial system.

Paul Booth, executive assistant to the president of the American Federation of State, County and Municipal Employees (AFSCME), summed up the sense of the meeting this way: “If the Democrats feel they have to repeat mantras about excessive regulation, we’re in a deep hole.”