Like many of you, I couldn’t sleep Tuesday night, or rather early Wednesday morning after the election results could no longer be doubted. Closing my eyes in hopes of oblivion, I found only more agitation. My stomach hurt, my bowels fluttered, my thoughts spun round and round without order or direction.

Questions crowded in: “How could this happen?” “Whose fault was it?” “Where do we go from there?” In my emotionally distraught state, no answers surfaced, just more questions and deeper unease.

At some point, it occurred to me that, for all my agitation, I had no name for what I was feeling. I long ago learned that identifying a feeling is the first step to coming to grips with it. Of course, I knew that my intense suffering was a reaction to Trump’s unexpected and appalling victory. But what exactly was that reaction? Anger, disappointment, betrayal, despair? None of these labels seemed to get at the profoundly wounding nature of my distress. Quite suddenly, in the way the mind works sometimes, I had the word I was looking for — “desolation.”

It’s a harrowing word for a harrowing experience. It encompasses feeling deserted, abandoned, bereft, joyless, disconsolate. Without in the least lightening my mood, this label gave me hope that I could regain control. Now at least I could ask: What exactly had plunged me into this morass of desolation? The answer was clear: I had just learned that I was not living in the country that I thought I knew. It wasn’t that someone had taken something from me: a veil had lifted and I knew that I had been a victim of self-deception. Why was this even slightly comforting? Because in feelings as well as in thoughts, there is a balm in truth.

And behind that truth lay another: I was not alone in experiencing desolation. I don’t mean only that everyone who despised Trump as a racist, misogynist, xenophobic bully was feeling, at that moment, what I was feeling. The desolation that had seized me felt too big to be so limited. The original question that had sent me into a spin was this: How could anyone, other than like-minded bigots and bullies, have voted for Trump? And it was clear they had. His hard-core supporters, who shared his world-view, had never wavered in their support, but they were not numerous enough to push him over the top in all the battleground states, from Pennsylvania to Ohio to Michigan. The votes that he needed to win came from people who should have been repelled by everything he said and did. Evangelical Christians who should have found his boasting about adultery shocking to their religious sensibilities. Suburban women who had to be appalled by his demeaning misogyny. Hard-working men and women who believed that “everyone should pay their fair share” and yet ignored his damning failure to release his tax returns. What lay behind the individual decisions of enough of these voters in enough states to ensure Trump’s election? 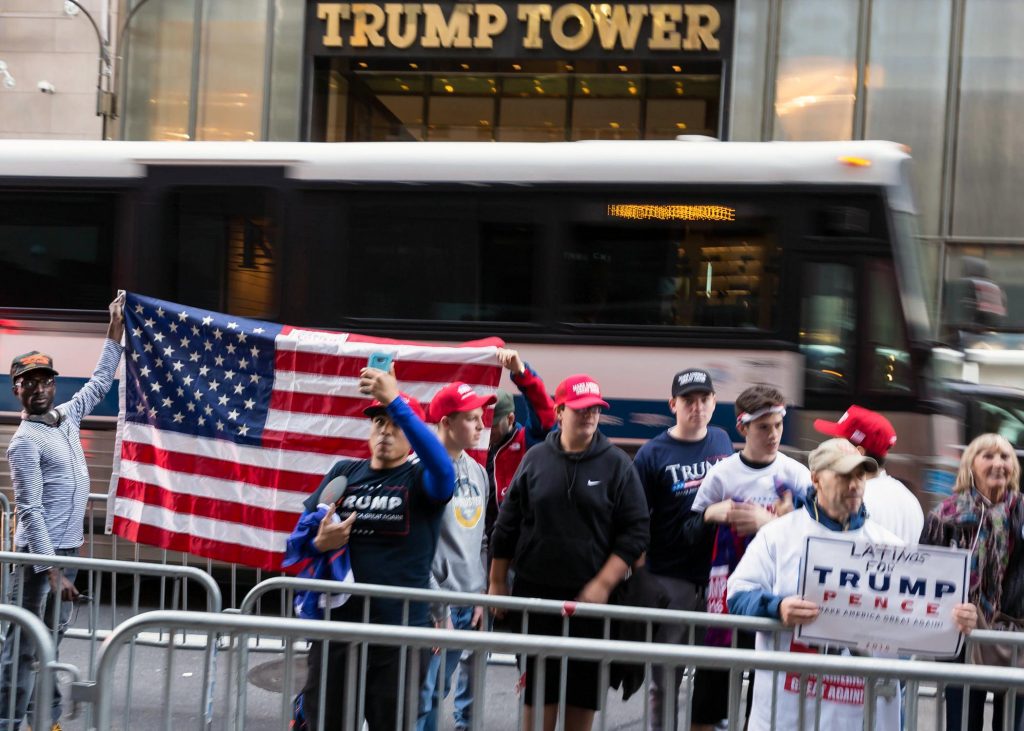 In an access of empathy that surprised and shook me, I realized that only now, having experienced such profound desolation over the state of the country, could I appreciate that this same feeling had motivated millions of other Americans to vote for Trump. What after all was the essence of his campaign? The slogan “Make America Great Again.” Along with my friends I had mocked it as either empty rhetoric or a dog-whistle appeal to the out-and-out racists and misogynists among his supporters. But what if it had another appeal entirely?

Psychologists have been telling us for years that despite appearances most people cast their votes on the basis of emotion, not reason. Seen in this light, Make America Great Again was a straightforward promise to relieve the inchoate feelings of desolation in an otherwise undecided segment of the electorate — people who over the last eight or 20 or 30 years have become alienated from the country they grew up in.

Now that I was awash in the same feelings I could understand what had prompted so many people — not the hard-core racists and misogynists and xenophobes but the others who spelled the difference in the election — to ignore everything that would otherwise have caused them to reject Trump.  And without in the least sharing their attitudes and tastes, I could understand the emotion that in the end decided them.

I hope it is clear that I am not equating their motives for feeling dispossessed in the country we share with my own motives. Their longing for an America organized by racial and cultural hierarchies, their nostalgia for unearned privileges they assumed as their birthright because of their gender or the color of their skin, can never be satisfied in today’s world. The specific well-paying jobs they mourn are never coming back. But their feelings of desolation are all too real. And when Trump alone promised to cure them, it was an offer they could not refuse. I believe that acknowledging this connection is important if only to obey the age-old imperative to know your adversary.

If this bridge of empathy, however shaky, also contributes to the national dialogue we must now embark on, the agony many of us are going through may have been worth it.