In last week’s debate with Hillary Clinton, Donald Trump laid out his strategy for addressing the racial divide in America:

Now, whether or not in a place like Chicago you do stop-and-frisk, which worked very well, Mayor Giuliani is here, worked very well in New York. It brought the crime rate way down. But you take the gun away from criminals that shouldn’t be having it.

When WhoWhatWhy spoke to people in New York who had experienced the city’s version of stop-and-frisk, they reacted in horror:

“Oh no! No! No! No! Absolutely not!” said a man who asked that he be identified only by the nickname “Old Gold.” He had been stopped and frisked by the police “four or five times” without the police finding anything during the years when the tactic was used widely by the NYPD.

“I felt humiliated,” he said. “I felt embarrassed, ashamed. I felt bad because I was approached for really no reason.”

In Brooklyn’s Brownsville neighborhood, seemingly random stops and pat-downs of young black men were commonplace for years. Of Brownsville’s 86,000 residents, 76% are black and 20% Hispanic. In 2011, when stop-and-frisk was in full effect, police made more than 25,000 stops in that neighborhood — nearly one for every three residents. Only 109 of those stops resulted in an arrest, a “success” rate of about 0.4%.

When stop-and-frisk was challenged in federal court in 2013, a judge ruled in Floyd v. New York City that the program, as implemented on the streets of New York, violated the constitutional right to equal protection under the law from unreasonable searches and seizures. The court also found that the policy was racially biased, and, perhaps most damning, was not even effective in stopping crime in areas where it was most often implemented.

“If the question is whether [stop-and-frisk as practiced] lowers the crime rate, the answer is no,” Jeffrey Fagan, a professor at Columbia University and an expert for the plaintiffs in this case, told WhoWhatWhy via email.

His research found that racial disparities in who was stopped under the program were extreme, and that it fostered significant distrust of police.

“Does it result in removing guns from the street?,” Fagan asked. “No. Drugs? No. Finding people with outstanding warrants? Not as far as we can tell. Does it lead to arrests for serious crimes? No.”

Unsurprisingly, the policy was incredibly unpopular with much of New York’s black community. Shortly after the court decision, Bill De Blasio won the New York mayoral race with 96 percent of the black vote, largely attributed to his opposition to stop-and-frisk. Once De Blasio was in office, he declined to appeal the decision, ending the legal battle. The mayor has since worked to reform the police department with the goal of repairing relationships with minority communities.

The people in those communities have not forgotten what life was like in the heyday of stop-and-frisk.

“It would be the worst turn-back of American progress ever,” James Fields, a 39-year-old entrepreneur from Brownsville told WhoWhatWhy.

Fields, a college graduate, described getting “harassed for no reason whatsoever” on several occasions. He felt that the period of rampant stop-and-frisk left him “watching my every step, like they were out to get me.”

Brownsville is a neighborhood with one of the highest crime rates in New York City, a statistic often cited as rationale for the extensive use of tough police tactics. Like most of the country, Brownsville has seen a huge drop in violent crime since 1993. Though there has been an increase in shootings in the area since the NYPD reduced stops by 99%, the murder rate has not risen, staying at or near historic lows.

Even those in the neighborhood who said that stop-and-frisk had been helpful in making the neighborhood safer found that the trade-off in bad relations with police and a climate of fear made things worse.

“It’s about good police practices. It’s not necessarily about policy,” James Brodick, the director of the Brownsville Community Justice Center, told WhoWhatWhy. As part of a program that tries to help at-risk young black men in the community, Brodick welcomes a tough police presence in the neighborhood.

But he nevertheless lamented the lack of trust that has developed between youth and the police, and said that many he encountered had become more afraid of the authorities than of criminals. He praised efforts by the De Blasio administration to change police culture and restore trust.

Eric Bowen, a 37-year-old Brownsville resident who works in demolition, sees the potential benefits of stop-and-frisk, despite his own experience of being racially targeted. “That was fucked up,” he told WhoWhatWhy. “[But] to protect others, it’s worth it,” he said.

Nevertheless, Bowen would not want to see stop-and-frisk return at full strength. And he considered easy access to guns to be a bigger issue. “Stop letting motherfuckers buy guns online. If you want to talk, let’s talk about it!”

“If you look at the crime now, the crime is down,” said Theo Homer, a retiree, attributing those positive changes partially to the stop-and-frisk program. But Homer also finds the small benefits to be outweighed by the larger “friction” and fear that it caused for those affected.

“Searching people innocently going about their way when you pull them over — come on!” Homer told WhoWhatWhy. “I think that is wrong.”

Homer, like many in the community, sees Donald Trump’s rise as worrying, for reasons that go beyond  his endorsement of stop-and-frisk. “It’s very, very scary to me. Just listening, and seeing his actions.”

George, 50, worries about her young black son in a society where she fears the police are becoming militarized. “It’s going to be a them-and-us society.”

Trump’s plans for building on New York’s stop-and-frisk program would be difficult, perhaps impossible, to implement if he did win the presidency. The federalist nature of the Constitution makes it incredibly difficult for the president to intervene in the conduct of local or state law enforcement. Any intensive use of police stops would likely be challenged in federal court on constitutional grounds, just as it was in New York City.

“It’s absurd,” Jonathan C. Moore, a partner at Beldock, Levine & Hoffman, the law firm that argued against the practice in Floyd v. New York City, told WhoWhatWhy. He felt that the principles upheld in the Floyd decision, including Fourth Amendment restrictions on unreasonable searches and 14th Amendment guarantees of equal protection under the law, would lead other courts to reject indiscriminate stop-and-frisk as well. But he still worries about the effect of a Trump presidency on urban black communities.

“Donald Trump has a history of racial insensitivity towards the minority community,” said Moore. In addition to the housing discrimination suit brought against Trump by the Justice Department in the 1970s, Moore cited a less well-known incident of racial provocation from 1989.

“[Trump] took out a full-page ad in all the daily newspapers in New York, calling for the restoration of the death penalty against juveniles, targeted against the five young black and Hispanic boys who were falsely accused of raping a Central Park jogger,” he said. “And it turned out they were wrong. The city ended up paying $40 million to settle those cases. And Trump never apologized. He came out and said that they should be subjected to the death penalty. Fourteen-year-old children!” 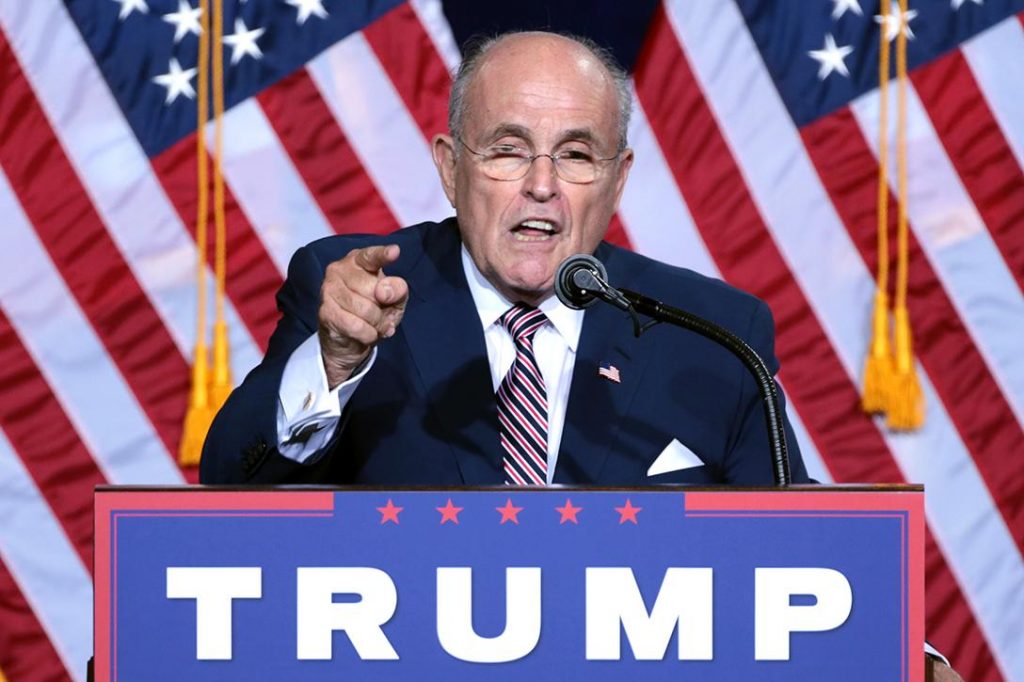 For many in New York’s black communities, Trump’s history of racially inflammatory rhetoric is only exacerbated by his association with Rudy Giuliani, whose two terms as New York City mayor were marked by “tough on crime” remedies that many felt were racially biased. Baron Gray, a retiree in Brownsville, groaned when discussing memories of Giuliani.

People reached in Brownsville by WhoWhatWhy were much more positive about Hillary Clinton, even as some expressed doubt about her trustworthiness or ability to bring the change she promises.

But for Joanne George, voting against Donald Trump keeps her optimistic, even if she doubts meaningful change will come. “At least give me something to hope for.”

3 responses to “To Those Most Affected by Stop-And-Frisk, Donald Trump is ‘Scary’”