On Sept. 5, The Washington Post published a front page story asserting that the Russian government is seeking to undermine American democracy at a crucial time, using unspecified “cybertools” to spread disinformation and chaos that could alter the outcome of the Nov. 8 presidential election.

“US intelligence and law enforcement agencies are investigating what they see as a broad covert Russian operation in the United States to sow public distrust in the upcoming presidential election and in US political institutions,” the Post reported.

The paper’s source for this information? Anonymous “intelligence and congressional officials.” Not until the fifth paragraph of the story, which ran under the alarming headline, “US investigating potential covert Russian plan to disrupt November elections,” did the newspaper acknowledge that its stable of off-the-record sources had no “definitive proof” whatsoever of any Russian plot.

Then, having issued the obligatory, if somewhat buried, disclaimer, the story went on to highlight the supposed threat posed by Russian hackers working for the Kremlin to the very foundation of American democracy.

“The Kremlin’s intent may not be to sway the election in one direction or another, officials said, but to cause chaos and provide propaganda fodder to attack US democracy-building policies around the world, particularly in the countries of the former Soviet Union,” the article explained.

“US intelligence officials described the covert influence campaign here as ‘ambitious’ and said it is also designed to counter US leadership and influence in international affairs.”

Although the Post apparently based its reporting on interviews with a combination of both intelligence and congressional sources, the story itself makes clear that whatever security clearance-carrying officials the Post spoke to on Capitol Hill were simply being leaked the same information the Post obtained via its own back-channel communication link with Langley. 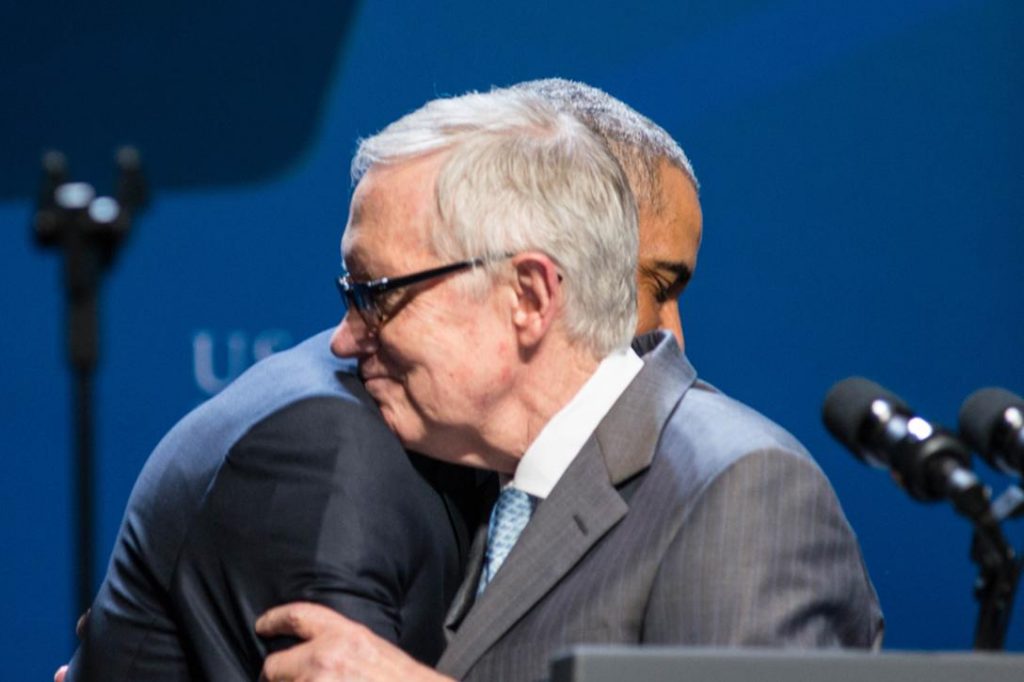 “Some congressional leaders briefed recently by the intelligence agencies on Russian influence operations in Europe . . . were disturbed by what they heard,” the story elaborates, adding that when “Senate Minority Leader Harry M. Reid (D-Nev.) ended a secure 30-minute phone briefing given by a top intelligence official recently, he was ‘deeply shaken,’ according to an aide who was with Reid when he left the secure room at the FBI’s Las Vegas office.”

This is hardly the first time the Post has allowed itself to serve as an unpaid asset of the CIA by running a story full of blind quotes highlighting some perceived national security threat. In fact, ever since the start of the Cold War, the newspaper has proved itself to be the most reliable media organ of the US national security state.

The newspaper’s role in helping to build the illegitimate case for invading Iraq based on leaked reports of false evidence that Saddam Hussein had stockpiled weapons of mass destruction is perhaps the most famous example. However countless other examples exist, and they include editorial crimes of both commission and omission.

In the former category, as Bob Woodward, the Post‘s poster-boy for access reporting, wrote in his 1987 book, Veil, he once ran a story on a supposedly imminent Soviet invasion of Poland, just because his pals at Langley were worried about a few suspicious tank movements.

In the latter category,  as Woodward also confessed in Veil, four years before the Iran-contra scandal broke, he discovered, while enjoying cocktails with then-agency director Bill Casey in March 1982, that the CIA was arming the Nicaraguan contras without congressional knowledge or consent. Woodward brought the information to his editor, Ben Bradlee, who informed him that the Post wouldn’t be running the story. “This is Reagan’s government now,” Bradlee told Woodward, “and the presumption is no longer that the airing of CIA secrets is automatically good. It could be bad.”

Of course, just because the Post is still running errands for Langley doesn’t mean that the Russians aren’t trying to get us. All governments, most especially including our own, are constantly engaged in espionage and various covert efforts to confuse or destabilize rival states. The digital age has only made this process easier, argues Andrew Gumbel, author of Steal This Vote: Dirty Elections and the Rotten History of Democracy in America..

It “makes it possible for hackers paid by one political faction to make mischief with the campaign of another — even from a distance,” he says. “They can steal internal documents, manipulate social media, install spyware on opponents’ networks, and so on. Back in the Nixon era this sort of underhand manipulation was known as ‘ratfucking.’ Now there is growing evidence that ratfucking has gone digital — and international.”

But as revealed by the recent hack of the Democratic National Committee (DNC), the only actual case of election-related hacking allegedly tied to the Kremlin, the endgame of that particular operation wasn’t to sabotage an election. In fact, the motive seems to have been exactly the opposite — to expose the fact that the DNC had sabotaged the party nomination campaign of Bernie Sanders.

Sadly, we don’t need the Russians to undermine American democracy, because that mission has already been accomplished from within.

Nicholas Schou is an investigative journalist at OC Weekly. His latest book, Spooked: How the CIA Manipulates the Media and Hoodwinks Hollywood (Hot Books, 2016), is now available.  He is also the author of Kill the Messenger: How the CIA’s Crack Cocaine Controversy Destroyed Journalist Gary Webb (Nation Books, 2014)  and Orange Sunshine: The Brotherhood of Eternal Love’s Quest to Bring Peace, Love, and Acid to the World (St Martin’s Griffin, 2011).