If you’re a drug dealer, human trafficker or terrorist looking to hide your assets, you can get a sweet deal in the US.

Forget hiding your money in Panama and hoping a leak of documents does not expose your chicanery a la the Panama Papers.

Far better to find a safe haven where your transactions leave no fingerprints at all.

In the United States of America you can hire an attorney to form a corporation under any name you’d like — Mickey Mouse or Batman will do — and then use the corporation for business transactions, such as purchasing real estate, without ever having to disclose your true identity.

You can’t get away with this in the European Union, but in most US states, you are asked to provide less information about yourself to form a shell company than to open a bank account. But that may be changing.

With so much scrutiny of shell companies in the media, it appears that Congress may be on the verge of closing this loophole.

Proposed legislation would require disclosure of the names and contact information for the actual owners of a corporation, and the identity of the person who will benefit from its creation. Those details would have to be kept in a database, and certain changes — such as a change in ownership — would have to be reported.

The information on corporate ownership would not be publicly available. But it would be accessible to law enforcement if they had reason to suspect illegal activity. Senators Sheldon Whitehouse (D-RI) and Chuck Grassley (R-IA), and Representatives Peter King (R-NY) and Carolyn Maloney (D-NY) say the reforms will do a lot to curb money laundering. “Our legal system should not protect the rights of bad people to do bad things in secret,” Maloney said.

Groups representing labor, law enforcement and small businesses, along with advocates for the environment, transparency, and tax justice, strongly support this reform. Even the conservative Hudson Institute decries the use of secrecy to protect those who plunder their own countries.

But not everyone agrees that the current rules governing shell corporations should be tightened.

The groups opposed to these changes include such powerhouses as the American Bar Association, the US Chamber of Commerce, and the National Association of Secretaries of State (NASS).

For Gary Kalman — executive director of the Financial Accountability and Corporate Transparency Coalition (FACT) — the reason for reform is straightforward: “Bad guys set up companies and hide behind a wall of secrecy to benefit from illegal activity,” Kalman told WhoWhatWhy.

In a world of digital data, he said, criminals fear massive leaks the most. So the best protection is never to record the information at all. In Kalman’s words, “You’re safer in Delaware” than a criminal would be in a place with very tight secrecy that still requires some record of ownership, such as the Cayman Islands, Ireland or Luxembourg.

The scandal of anonymous shell companies has been the subject of many reports from international nonprofits, including Global Witness, which fights the corporate exploitation of natural resources in the developing world.

The mainstream media have also been on the case. If you want to launder illegal money by using a shell corporation to buy a high-priced condo, it’s not that difficult to do, as both The New York Times and 60 Minutes recently demonstrated. 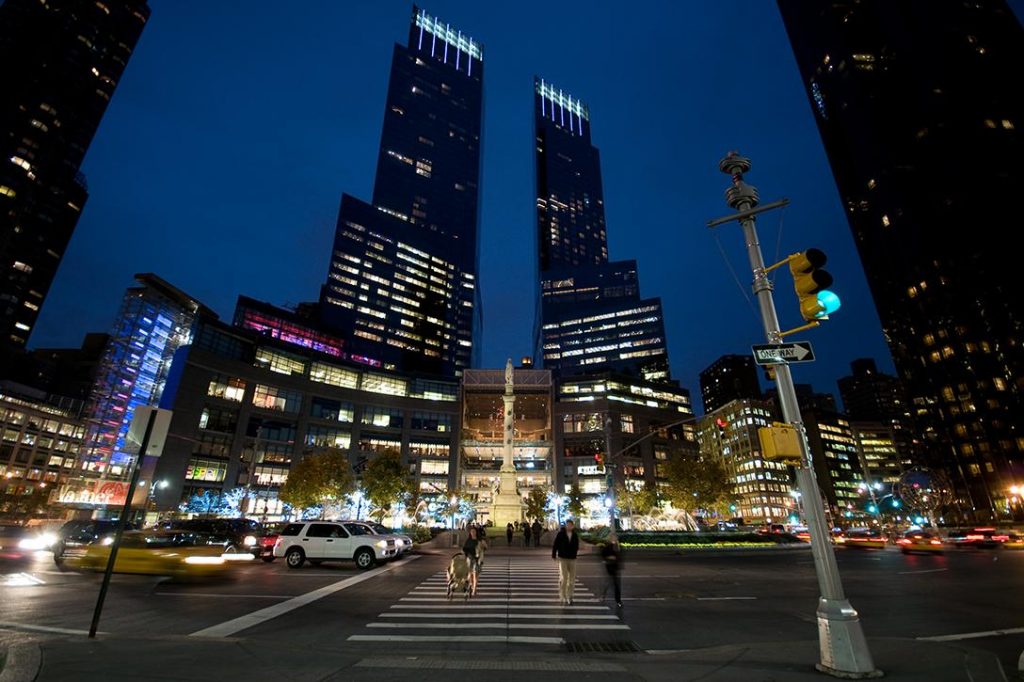 It took the Times more than a year to identify some of the real owners of the most expensive real estate in Manhattan. Reporters discovered that, if you pay cash for a luxurious condo, realtors are not going to ask a lot of questions.

The investigation found that the real owners were involved in a variety of unsavory activities; some had arrest records or had been penalized by foreign governments for their illegal conduct. The roster of pricey condo buyers included tax evaders, arms dealers, and corporate polluters.

When Global Witness sent a team masquerading as shady operators who were seeking legal assistance to create a corporation, the majority of attorneys they consulted were willing to listen. Only one attorney refused outright. The 60 Minutes expose included Global Witness’s undercover videos.

Digging by journalists and nonprofit advocates has uncovered the owners of some of these shell companies, who used them to either defraud the public or launder money. They include:

•  the son of the president of Equatorial Guinea who plundered his nation’s treasury and bought a $30- million mansion in the US,

•  a con man who formed a business to bilk the Defense Department and jeopardize soldiers by selling defective, counterfeit weapons-components;

•  the government of Iran secretly financing a Manhattan skyscraper, and

•  an anonymous debt collection agency harassing the disabled and jobless with past-due property tax bills, cheating them by adding on extra fees, and threatening to seize their homes when they couldn’t pay.

But despite the glare of attention, the American Bar Association continues to oppose the House and Senate proposals, which are very similar to bills that have been proposed over the past several years and have gone nowhere. Last May, the ABA submitted a lengthy memo to Congress raising its concerns. (The president of the ABA, the only person authorized to speak on the record to reporters, was not available for comment.)

According to its memo, the ABA has two major concerns with the legislation.

The first is that the disclosure requirements would jeopardize the attorney-client relationship, which promises confidentiality between lawyer and client. The memo states that the bills would discourage “the full and candid communications between clients and their lawyers that are essential to the lawyer being able to provide the client with effective representation.”

Secondly, the ABA doesn’t want any federal government regulation of lawyers, since that’s always been the job of the states.

To buttress its argument, it points to its own voluntary guidance for lawyers, which “encourages lawyers to combat money laundering and terrorist financing by taking prudent, proportional risk-based steps” on a case-by-case basis.

The ABA considers its guidance, along with new regulations from the Department of the Treasury and existing money-laundering reporting mandates for financial institutions, to be sufficient deterrents to the kinds of blatant abuses listed above.

The Treasury recently imposed new disclosure rules for real estate transactions. But Kalman says that shell companies can still remain secret if they waive title insurance and avoid cash transactions. Wire transfers of funds are not covered in the Treasury’s new requirements. Even more troubling, the new rules only apply to a few major cities.

As for the ABA’s concerns about attorney-client privilege, Kalman believes they are overblown. He stressed that the reforms Congress is proposing would keep ownership information confidential unless law enforcement suspects illegal activity and seeks disclosure through a subpoena or summons. The ABA, he says, “should be ashamed of themselves.”

Secretaries of State from states that actively seek incorporation business — Delaware, Nevada, Wyoming and South Dakota — also strongly oppose the legislation. NASS claims that the House and Senate bills would impose “unworkable regulatory and compliance burdens” on the states.

But Kalman says that the House bill relieves states of reporting requirements, placing that responsibility on the Department of Treasury.

Supporters of the proposed legislation suspect that, for the few states that see incorporation as a major revenue source, the real concern is financial. In Delaware alone, two million companies have been incorporated — more than two per each of its citizens.

Incorporation fees run between $100 and $200. This business can produce tens of millions of dollars in revenue.

And the arguments of opponents, Kalman insists, pale in contrast with the evils that shell companies hide. Those groups working on human rights and international development, he says, “would argue that [the legal secrecy] is a leading driver of global poverty.”