This is a question raised by Israeli lawmakers, who seek to hold not only speech — but also Facebook, the platform for that speech — responsible for acts of terror.

Such was the charge levelled at the end of June, when a 17-year-old Palestinian boy snuck into the Israeli settlement of Kiryat Arba in the occupied West Bank and stabbed to death 13-year-old American citizen Hallel Yaffa Ariel.

Erdan placed “some of the blood of those who have been murdered, including in the latest attacks,” on Mark Zuckerberg, Facebook’s founder.

“The younger generation in the Palestinian Authority, all its dialogue, all the incitement and lies it accumulates and finally goes out to commit murder, that happens on the Facebook platform,” charged Erdan. 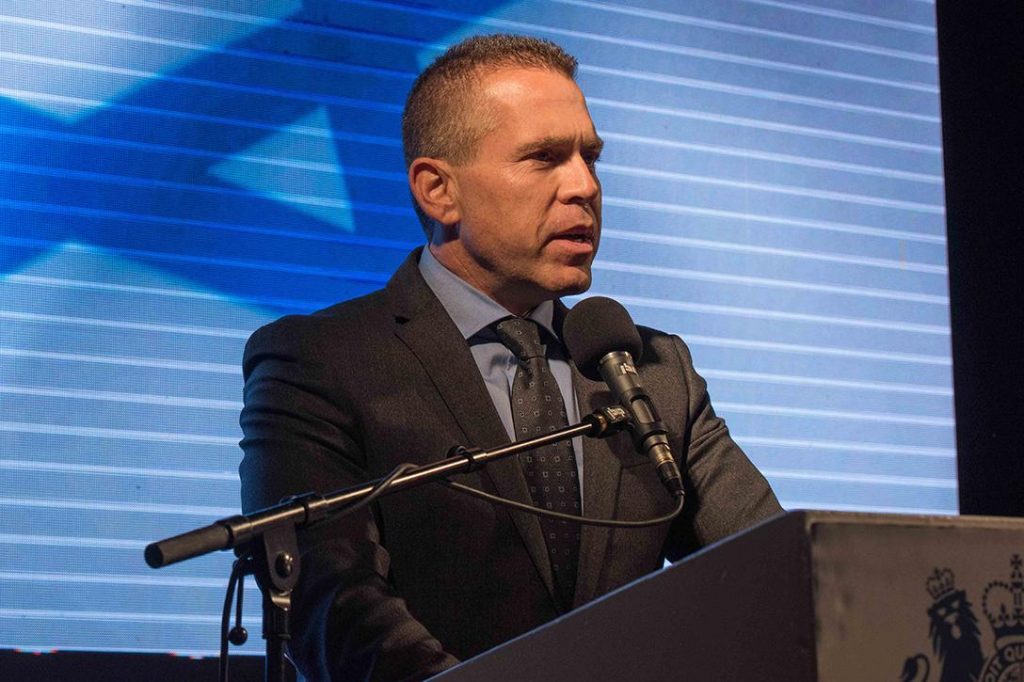 In a June 27 press release, Justice Minister Ayelet Shaked, of the ultra-nationalist Jewish Home party, noted that “terrorist organizations and other harmful groups take advantage of the internet” and news media. She called on her colleagues “to end the spread of their content” by working “quickly and efficiently to update the existing legislation.”

“Israel is at the front of the international war on terror and must not remain behind in terms of legislation targeting harmful content,” added Shaked, who, along with Erdan, drafted the  “Facebook bill” submitted to the Knesset on July 13.

Their proposal would force Facebook to remove content deemed by an administrative court to be threatening to Israel’s security. The problem, cautioned Dr. Tehilla Shwartz Altshuler, head of the Israel Democracy Institute’s Media Reform project, is that the court could issue a removal order “without having to decide first if this content is actually legal.”

Just five days later, the Ministerial Committee for Legislation approved a separate measure authored by MK (member of Knesset) Revital Swid that would fine Facebook and other social media giants for failure to remove inciting content on their platforms.

Swid’s proposal threatens Facebook with a $78,000 fine per post if the platform does not remove inciting content within 48 hours, which could add up to millions of dollars. The bill was approved in its preliminary reading on July 20 and will likely be finalized when the Knesset returns from its three-month recess.

“It is kind of outsourcing the powers given to the government and the courts in a democratic society to a private company,” Altshuler told WhoWhatWhy. “[This] bill demands social media platforms to become super-censorship authorities.”

MK Yousef Jabareen of the Joint List, an Arab and Israeli-leftist coalition in the Knesset, opposes both measures as more “legal tools to target Palestinian youth.”

“We are afraid that voicing and expressing political positions on Facebook that would call for the end of the occupation and an end to the suffering of Palestinians,” along with any criticism of  “crimes committed by Israeli soldiers in the West Bank will be interpreted to be incitement against Israel,” Jabareen said.

“In principle I am against hate speech, I am against incitement,” added Jabareen, “however, there is no scenario in which this law will be applied equally” to Palestinians and Israelis.

“They already arrest people, already take down posts, and they do it quite successfully in their eyes,” said Amit Meyer, a former member of Israel’s security and intelligence Unit 8200.

“Both of these laws aren’t necessarily going to bring in anything new, but make it very clear that Israel and the Israeli government is willing to act upon people’s social media activity,” Meyer said.

The practical difference with social media, Meyer said, is that all posts on the internet are already public. “It’s a lot easier to track somebody’s social media activity than it is to intercept their phone calls.”

“Both of these laws aren’t necessarily going to bring in anything new, but make it very clear that Israel and the Israeli government is willing to act upon people’s social media activity.”

So far, the “‘incitement’ charge has been primarily, though not exclusively, used against Palestinian citizens of Israel,” Mati Milstein, the international media coordinator at Adalah — the Legal Center for Arab Minority Rights in Israel —told WhoWhatWhy.

According to Israeli police statistics from 2011 to 2015, 86% of those arrested for inciting violence were non-Jews. Between October and the end of 2015, Israeli authorities made nearly 400 such arrests of Palestinians, according to Adalah. This represents a sharp uptick from the 13 cases the prisoner-rights group Adameer documented in 2014.

Included in these statistics is 33-year-old West Bank Palestinian poet and photographer Dareen Tatour, who was arrested in October 2015 on incitement charges for her poetry on Facebook.

“Resist, my people, resist them. /In Jerusalem, I dressed my wounds and breathed my sorrows /And carried the soul in my palm /For an Arab Palestine,” opens one of Tatour’s poems, which was ultimately used to convict and sentence her to house arrest, where she remains today.

Anas Khateeb, a 19-year-old Palestinian who was detained and indicted in October 2015 for Facebook posts, became the first Palestinian citizen of Israel to be implicated for social media activity.

Khateeb’s posts coincided with a string of high-profile attacks on Israelis by Palestinians in what has been deemed the “knife intifada.” His posts read “Jerusalem is Arab,” “Long live the intifada,” and “I am on the waiting list,” according to his legal team at Adalah.

None of these posts called for violence but because the state of Israel considers Jerusalem its “complete and united” capital, the Israeli government interprets “Jerusalem is Arab” as a threat — despite the fact that Palestinians make up nearly half the city’s population and that it is home to Islam’s third holiest site.

A week before Ariel’s stabbing death, as investigators later discovered, her killer, Muhammad Tarayra, had lauded the actions of another attacker, his friend and older first cousin Yousef Walid Tarayra. The cousin was killed by Israeli soldiers in March when he attempted a car attack near Kiryat Arba.

The younger Tarayra called the attacker a martyr and claimed “Jerusalem is proud of you” on Facebook. The boy, who was shot dead by settlement security forces shortly after stabbing Ariel, indicated in previous posts his desire to die a “martyr’s death.”

“Even freedom of speech has limits, and social media must not become a safe haven for wild incitement.”

Had the the two proposed laws already been in effect, the fate of all three Palestinians would ostensibly be the same. Israel has long enacted dragnet policies aimed at curbing inflammatory speech.

The question of how strictly to enforce incitement laws has been bedeviling Israeli lawmakers for over a year. In July 2015, Knesset Speaker Yuli Edelstein wrote to Facebook’s CEO, urging removal of inciting pages. In a concurrent post on his own Facebook page, Edelstein wrote that “Even freedom of speech has limits, and social media must not become a safe haven for wild incitement.”

MK Erdan echoed this sentiment regarding his new bill, telling the Associated Press recently that it is preferable to investigate people for potential provocation, even if they are innocent.

The balance between safety and free speech is tenuous — but if we are willing to accept security searches at the airport, says Schueftan, “the same logic exactly should apply to the instruments that are not physical instruments but virtual instruments.”

Facebook did not respond to WhoWhatWhy’s request for comment, but a January 2016 letter to Dr. Avraham Neguise — chairperson of the Knesset’s Immigration, Absorption and Diaspora Affairs Committee — from Simon Milner, Facebook’s director of policy for the EMEA (Europe, Middle East and Africa) region, provides some insight beyond boilerplate community standards, which state the social-media giant does not tolerate hate speech.

The Facebook letter, in response to Neguise, states that all reports of inflammatory rhetoric are assessed by impartial, multilingual teams: “We have people who are native speakers in Hebrew and Arabic, who understand local context.”

Some Israeli lawmakers resist portraying Facebook as a facilitator of terrorism.

“Blaming Facebook (or any social network) for murderous terrorism is like saying the invention of writing is to blame because terrorists can convey written messages,” Zionist Union MK Shelly Yachimovich told The Times of Israel early in July.

And MK Jabareen has vowed to fight the bills as an infringement of basic civil rights, “especially if [Israeli authorities] start to implement the law by targeting legitimate political opinions.”

Citing a likely double standard in the implementation and intent of the proposed bills, Jabareen told WhoWhatWhy “we have the legal track,” which means “petitioning the Supreme Court.”

“On one hand, you see that the Israeli authorities are showing a kind of unwillingness to deal with incitement and hate crimes on the extreme right wing side,” he said. “But when it comes to Palestinian youth, Arab citizens of Israel, they have been targeting any Facebook posts that should be clearly protected as freedom of speech.”