Because of the United States’ claims as the foremost bastion of capitalism and China’s official status as a communist state, the symbiotic relationship between the two countries seems somewhat paradoxical.

However, China has serious problems with domestic unrest that threaten Chinese political stability and require the attention of the United States. A failure to address these issues could have severe consequences for China and the world.

While it is easy for Americans to view China purely as a rival, the relationship between the two is a lot more complicated than the latter cheating the former in trade deals, as frequently suggested by presumptive Republican presidential nominee Donald Trump.

And though the two countries sometimes seem to be headed for some type of collision down the road, for now they need each other. Therefore, any threat to China’s internal stability should concern the US as well.

One of China’s biggest challenges is its massive pollution — the result of having undergone industrialization at a breakneck pace that is now taking its toll.

“The impact of China’s development years… without environmental regulation has caused an awakening in communities across the country,” Eleanor Albert, a writer and editor who specializes in international affairs, told WhoWhatWhy. “Parents worry about their children’s health and lives with polluted air, water, mounting concern over food security issues and many other things that affect daily life.”

“China’s central leadership is attempting to address pollution,” Albert added, but she noted that “much of that implementation is done at a more local and provincial level,” meaning that the national government does not have as much oversight over pollution as it should. 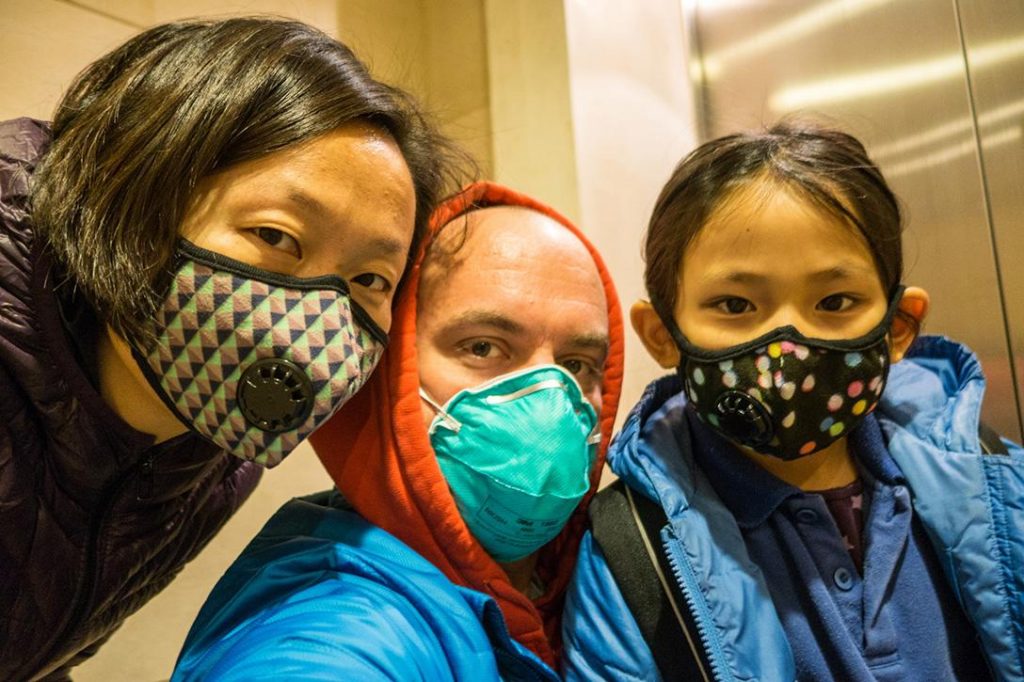 Since pollution in China affects practically every aspect of life there, other popular grievances — such as Internet censorship (a 2015 ban of VPNs in China does not have much effect on most Chinese citizens’ Internet usage) or widespread political corruption (a problem which President Xi Jinping has made a top priority since his rise to power between 2012 and 2013) — don’t rile Chinese citizens as much.

Despite its importance to maintaining order, reducing pollution in China is easier said than done. China’s current economic problems, and the difficulties the central government faces when attempting to get local and provincial officials to enforce their policies, hamper the government’s ability to effectively solve or even address the problem, creating an Achilles’ Heel for the Chinese Communist Party (CCP).

“The citizens of the PRC are very upset about the pollution levels, and the government knows it has to alleviate the problem to prevent unrest and/or massive amounts of the populace leaving,” said David Moser, the Academic Director of CET Academic Programs in Beijing who has taught at Peking University, Beijing Foreign Studies University, and Capital Normal University.

Moser also pointed out that the government has been working hard to address this problem by closing down many out-dated coal-fired plants.

“The PM2.5 levels [a measure of pollution] have already dropped by around 10% in the last year, which is pretty impressive,” Moser said. “And the more that happens, the more the problem falls off the radar for most PRC citizens.”

Even though the Chinese government seems to have identified pollution as a threat to its rule, its countermeasures may be too little, too late. Much of the pollution produced in Beijing and Shanghai, China’s largest cities and the nation’s intellectual and business capitals, respectively, is being spread out to the more central and western portions of China. This is a trend that will likely increase domestic unrest in less-populated portions of the country, which could further weaken the Communist Party’s support.

These realities suggest that it will be very difficult, if not impossible, for the Chinese Communist Party to effectively address pollution and domestic unrest. It is a dilemma that creates three possible scenarios for China’s political future, according to the Toronto-based journalist Steven Zhou, who has written extensively about Chinese affairs for such publications as CBC News, Al-Jazeera English, Buzzfeed Canada, and Salon.

In the first of these scenarios, the Chinese Communist Party maintains its power.

“However, local rebellions in the lower-middle class and working classes will multiply, and the CCP will respond … Major internal changes that affect the executive leadership in China will, above all, probably change China’s trade/commercial relationships with other countries,” Zhou said. “More specifically, we’ll see less of China flexing its economic muscles (like in Pakistan or Africa, etc.) and, perhaps in a bid to re-strengthen national morale and spirit, begin to further antagonize its neighbours.”

The United States should especially fear this scenario, as a China that is increasingly hostile to such allies as Vietnam, Taiwan, Japan, India, and South Korea could drag the United States into a very costly and destructive war.

In the second potential scenario, one in which the Chinese Communist Party loses its power, the CPP “… is replaced by a military coup, in which tensions and the risk of war on a regional, and possibly global scale, [increase],” said Peter Navarro, a Professor of Economics and Public Policy at the Merage School of Business at the University of California, Irvine and author of several books on the topic, such as Crouching Tiger: What China’s Militarism Means for the World and Death by China: Confronting the Dragon – A Global Call to Action. Like the first scenario, a military junta-ruled China could drag the United States into a costly war as China aggresses against America’s Asian allies.

Should cooler heads prevail and military conflict is avoided, this scenario could still result in economic concerns. China is the world’s largest owner of US debt at $1.2 trillion, and new leadership could call all of its own holdings and demand full payment of the money it lent us in principal plus interest

In the third scenario Navarro envisions, the CCP will also lose its power, but to a more democratic entity. In this case, “an Asian detente and a renaissance for the Chinese economy” will occur. Because of the symbiotic nature of US-China economic relations, this scenario would not only also benefit the United States’ economy, but would improve the relationship between the two countries as their interests align more closely.

Although it appears at first glance that the United States has no reason to worry about China’s pollution problem for reasons other than its global environmental implications, the domestic unrest that it has caused threatens China’s political stability. If the Chinese Communist Party loses its power, the results could have disastrous effects not only for China and the United States, but for much of the rest of the world as well.