Have you ever gotten so into your workout that you lost count of the number of repetitions? Several clever application developers found a way to use your portable electronic devices to count the number of push-ups you do without you having to interrupt your workout. You may have heard of it. It’s called “Nose push-ups.”

You place your device on the ground where you’re doing push-ups so you can touch your iPad on each repetition…with your nose. Nose-prints and sweat-drops aside, this seems to alleviate the need to think (or, at least, to count) while exercising.

That was fine, but lately exercise buffs have been wanting to push their exercise to the next level. Apparently, pushing up from a nostril contact with your device wasn’t giving them enough of a workout. They wanted to get an extra inch or so of workout by touching an eyeball to the screen.

“You’d be surprised how that extra distance makes a difference in a push-up. When you lower your body that extra inch, you can really feel the burn!” said Melinda Yates, a personal trainer in Venice, CA. 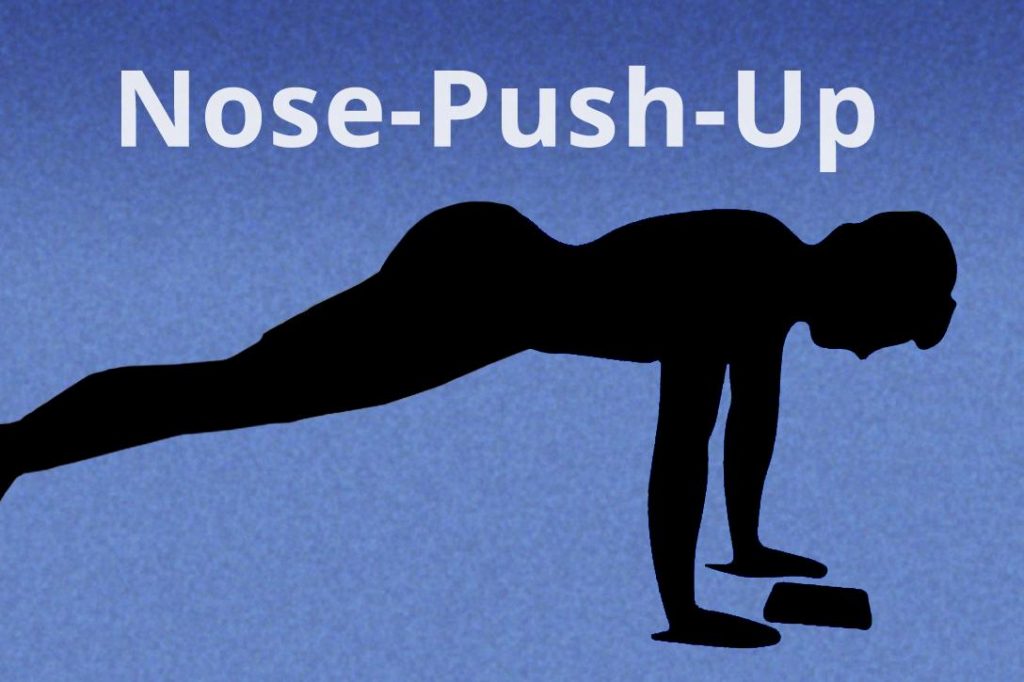 The problem is that exercisers are “feeling the burn” not just in their muscles, but in their eyes. Susan Forbes, of Palm Beach, FL, told us that “I even used sanitizer on my screen before and after every workout, but my eyes are red and sting after I exercise. At first I thought it was because, duh, I was touching it to my eye. But that wasn’t it. Your eyes get used to touching the screen, like contact lenses. It’s my iPhone, so it’s not like anyone else is using it. I don’t even let my kids touch it.”

“That’s where she’s mistaken. We’re starting to see hundreds of cases of iPinkEye,” said Dr. Aaron DePaul, a researcher in the emerging hybrid field of Networking and Human Diseases at the CDC in Georgia.

“Users think that if they keep physical control of their electronics that they can stay safe. That may have been true a decade ago. With the World Wide Web bringing people across the globe closer together, we’re seeing a dramatic rise in network-spread contagions. Our society has come to expect advances in electronic technology — but the safeguards just haven’t kept up.”

Dhanalakshmi Ramasamy, a Network-virologist at Intel Security Group (formerly McAfee) in Santa Clara, CA, says that they are working around the clock to be able to detect and neutralize these “cross-over viruses.”

“These new viruses are the first, but certainly not the last, that can be transmitted from human to personal electronics, then broadcast across the Internet to anyone’s phone, and then infect humans across the globe.” Ms. Ramasamy told us that “It’s been almost six years since Intel took over the McAfee software. As I’m sure you know, Apple computers don’t use the Intel CPU’s, so Apple users are on their own for virus protection.”

The Apple Encryption Debate [is] a smokescreen to distract the public from the iPinkEye vulnerability.

If iPinkEye can reach all of Earth, are our astronauts safe? NASA’s media relations director, Annie Montrose reassures us: “Our astronauts are doubly protected. Communications between Earth and all spacecraft are over extremely slow channels, by modern standards, so we’re likely to be colonized by aliens before one those viruses can be uploaded. The second precaution is that all NASA computers are built by government contractors, which are decades behind the curve, so no computer code, compiled for a commercially-available computer, will run on our computers for the foreseeable future. SpaceX is the one that needs to be careful, because they’re using modern stuff. Then again, all an astronaut needs to do is expose an iPhone to the vacuum of outer space…problem solved!”

Meanwhile, Apple discussion groups are calling the Apple Encryption Debate a smokescreen to distract the public from the iPinkEye vulnerability. “Yeah right. Like the FBI and the NSA don’t already have backdoors into all our devices already. I’ll bet the FBI used an eye-print on that iPhone to unlock it, which is why they called off the court battle.”

All of our requests for an interview with Apple’s CEO Tim Cook were declined.

Nevets Melek.  This is satire.