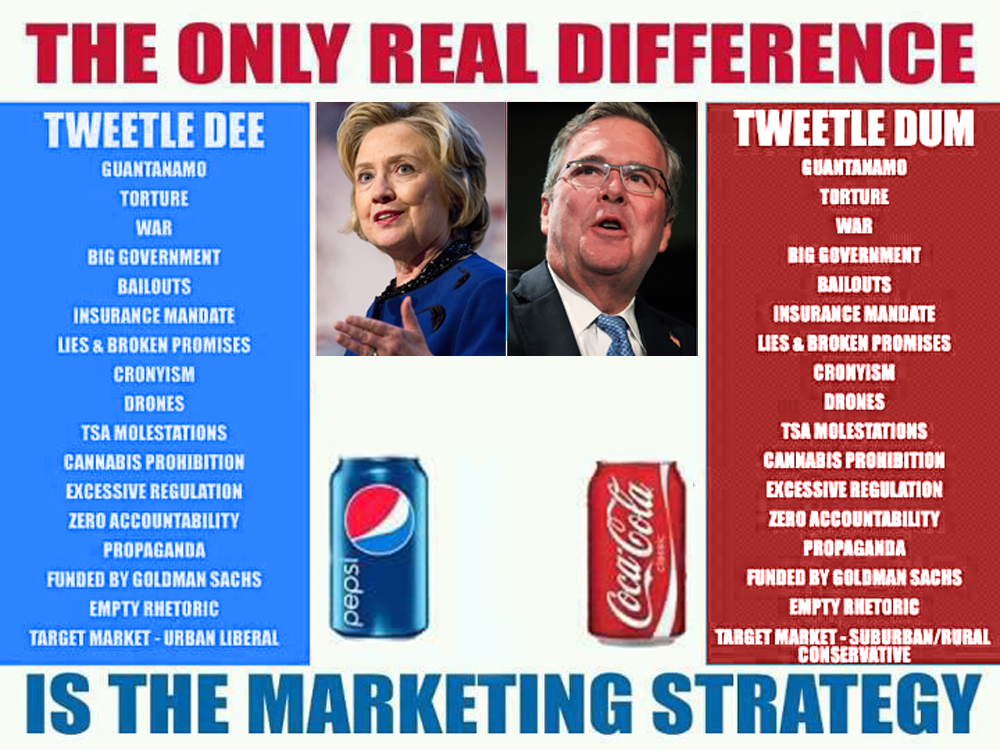 Gore Vidal once quipped that there is only one party in the United States, “The Property Party…and it has two right wings.”

Thus is the state of the 2016 campaign over the last 96 hours. Hillary Clinton ‘relaunched‘ her campaign on Roosevelt Island over the weekend and Jeb Bush, finally, declared his candidacy. While these two media-anointed front runners belong to different political parties, they are actually pretty close on the political spectrum.

Journalists and political commentators around the web have been noticing this relative closeness of politics between the two. Here are some of the best tidbits:

—From David Catanese at U.S. News on Immigration, Education, Intervention, and Marijuana.

—David Rufful at YoungCons chronicles their positions on Obamacare and NSA Spying:

What isn’t mentioned above is, of course, the dynastic appeal and oodles of money buoying Clinton and Bush’s campaign. Perhaps that is why many, including personalities like Rush Limbaugh, believe Hillary and Jeb should run on the same ticket, because voters “wouldn’t know the difference.”