Jeb Bush Puts on a Muzzle in preparation for Europe
Reading Time: 2 minutes 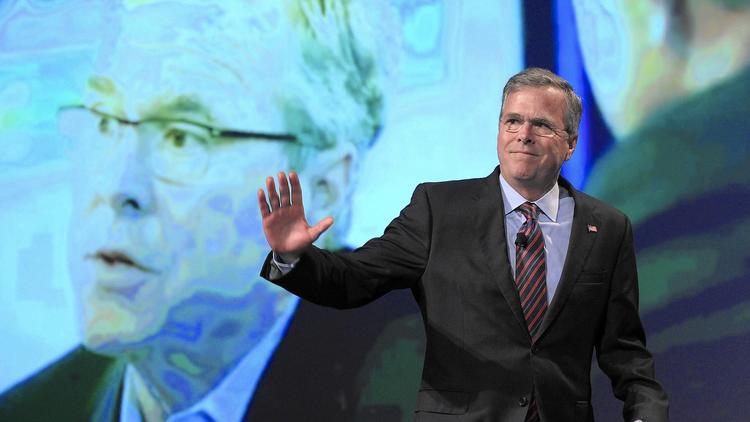 Jeb Bush is heading to Europe this week.

For other 2016 hopefuls, campaigning across the pond has caused some headaches. Chris Christie and Scott Walker both found out the hard way that a trip overseas is not a walk in the park.

So how is Jeb Bush, who is plagued by a family legacy of foreign policy failures, supposed to bypass any controversy? The answer is to stay tight-lipped.

“Bush will spend much of his five-day trip meeting privately with government, business and civic leaders in Berlin, Warsaw and Tallinn, Estonia, about the economy, transatlantic relations and security….

Bush will make some public appearances, including one with Estonian President Toomas Hendrik Ilves as well as a speech to German Chancellor Angela Merkel’s party. The planned Q&A following that address (and any other time somebody will ask him anything) will probably be the part of the scripted trip that will most likely lead to a possible flub

“The former governor is expected to be asked about Russian aggression in Ukraine, and whether the United States has been a strong enough ally in the region. NATO, of which the United States is a member, is being urged to more forcefully confront Russian President Vladimir Putin by permanently stationing troops in Poland and the Baltic nations….He could [also] face questions about the CIA torture report, made public in 2014, that confirmed the existence of a secret interrogation site in Poland during his brother’s administration, and President Obama’s decision to scale back George W. Bush-era plans to build a missile-defense site in Poland.”

How is Bush supposed to confront these issues when he can barely answer a Fox News question? Notably, after that monumental flub on the Iraq war question, the Bush campaign has kept fairly quiet. Almost Hillary Clinton quiet. So much so that Barbara Bush, Jeb’s mother, has promised to stay silent.

So the best way to avoid controversy overseas is to put on a muzzle and smile. Will it work? We’ll have to see.

One response to “Jeb Bush: Keep the Muzzle On”