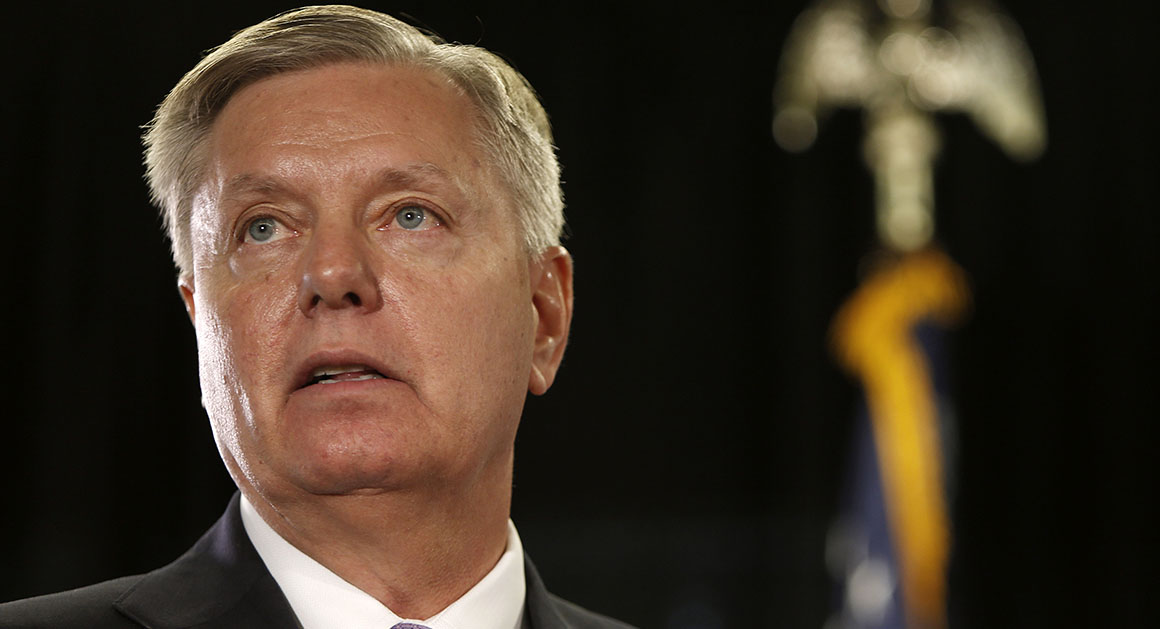 “Well, it’s easier to talk to the North Korean guy than it is her”

Lindsey Graham is making our job easy. At least our job of comparing his far-Right rhetoric to the far-Left views of Bernie Sanders.

However, as publications like The L.A. Times and others have pointed out, Bernie Sanders socialist views are quite popular. At the moment, Sanders publicized views are strictly domestic—aside from the Iraq war question.

Does that mean that Graham’s foreign policy views—such as reigniting Reagan’s idea of ‘Peace through Strength’—are actually popular?

Not many people are convinced Sanders can actually win the Presidency. Nor are many voters thinking the nomination is in the bag for Graham. However, that won’t stop the nomination winners from adopting some radical views.

2 responses to “Lindsey Graham thinks Kim Jong-un is easier to talk to than Hillary Clinton.”