Will Jeb Bush be the Figurehead of Citizens United Corruption?
Reading Time: < 1 minute 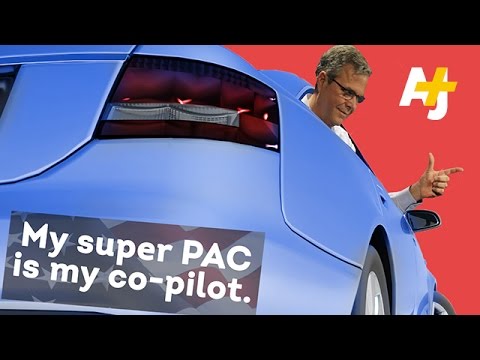 2016 is setting a new precedent when it comes to coordination between candidates and their Super PACs.

So far, the mindset has been, ‘it’s illegal, yes, but necessary. Why? Because every other candidate is doing it.’ (See Hillary Clinton’s stance on Citizen United and continued coordination with Super PACs).

However, watchdog groups see Jeb Bush as the main offender of illegal coordination between candidates and Super PACs. So much so that they are pressing the Justice Department to do something about it.:

“Two groups that track campaign finance law — Democracy 21 and the Campaign Legal Center — sent a letter to Attorney General Loretta Lynch Wednesday asking that the Justice Department investigate whether Bush and his PAC “are engaged in knowing and willful violations of federal campaign finance laws.” The groups are calling on Lynch to appoint an independent Special Counsel to investigate potential violations.”

Will anything come of it? We’ll have to wait and see.

One response to “Will Jeb Bush be the figurehead of Super PAC violations?”