What Made Hillary Clinton Send Arms to the Saudis? (Hint: $)
Reading Time: < 1 minute 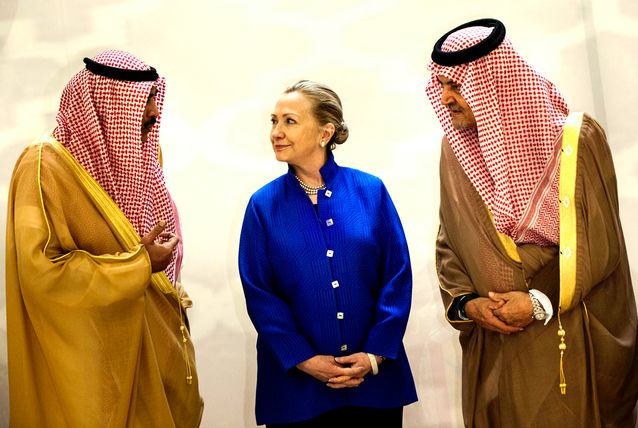 “Under federal law, foreign governments seeking State Department clearance to buy American-made arms are barred from making campaign contributions — a prohibition aimed at preventing foreign interests from using cash to influence national security policy. But nothing prevents them from contributing to a philanthropic foundation controlled by policymakers.”

“In the years before Hillary Clinton became secretary of state, the Kingdom of Saudi Arabia contributed at least $10 million to the Clinton Foundation, the philanthropic enterprise she has overseen with her husband, former president Bill Clinton. Just two months before the deal was finalized, Boeing — the defense contractor that manufactures one of the fighter jets the Saudis were especially keen to acquire, the F-15 — contributed $900,000 to the Clinton Foundation, according to a company press release.”