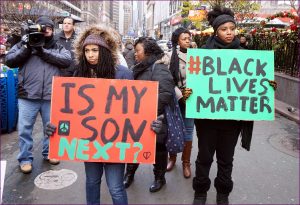 Race riots are as much a part of the American fabric as its troubled history of slavery and its modern legacy of systemic racial bias. While the most recent wave of riots—starting in Ferguson, MO and now in Baltimore—may seem particularly charged, the City of Angels has seen tensions spark events that were just as, if not more, shocking. From the Zoot Suit riots of the 1930s to Watts in 1965, Los Angeles has been the epicenter of racial tension and the scene of occasional spectacular explosions of fury.

Few “modern” events in this category equal the 1992 riots sparked by the verdict in the case of Rodney King, who was savagely beaten by local police. WhoWhatWhy’s Jeff Schechtman talks to LA-based Ryan Gattis, author of All Involved, about the idea that the King riots represent, to this day, the apogee of American civil unrest. Over the course of six days, 60 were killed, 2,000 injured, and billions of dollars of damage was wrecked over the city.

What can we learn from the 1992 riots about the fraying and disintegration of a city or a culture? What does this very early example of police-caught-on-tape say about the power of video and images to ignite not only racial tinder but also lead to greater police accountability?

According to Gattis, police judgment and tactic missteps will continue to result in anger and violent protests—but it’s not 1992 anymore and with recording devices in the hands of the masses, these missteps could have even more tragic results.

10 responses to “RadioWhoWhatWhy: Riotland: Flashing Back from Freddie Gray to Rodney King”