RadioWhoWhatWhy: Trials are Not a Search for the Truth - WhoWhatWhy
Reading Time: 2 minutes 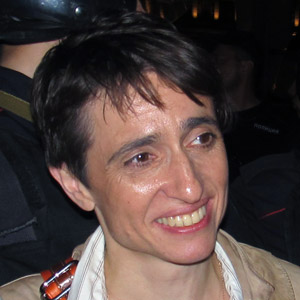 Masha Gessen is a Russian and American writer and activist, known for her opposition to Putin, has a new book out about the Boston Marathon bombings. Photo credit: Ilya Schurov / Flickr

WhoWhatWhy has devoted more resources to this story than almost any other media outlet. In the language of the industry, it has owned the story. It has raised serious questions about the role of the FBI, the decisions of the prosecutors, investigators, and of the government in general.

We have made it clear to everyone who has read our coverage that while we certainly don’t yet know the truth of what really happened, for a long time, the mainstream coverage has eschewed much of what to us has been obvious.
Now, Russian–American Journalist Masha Gessen in her book,The Brothers: The Road to an American Tragedy, takes a look at the history of the Tsarnaev brothers and their family. She also covered the recently concluded trial. While you may have heard her talk about the trial in other interviews, in language consistent with the story the government wants you to hear, in this interview with WhoWhatWhy’s Jeff Schechtman she begins to move closer to what readers here have already long understood.
It’s a clear example that the public perception of what happened in Boston on April 15, 2013 is beginning to shift and further indication that our search for the truth just might pay off.

10 responses to “RadioWhoWhatWhy: Trials are Not a Search for the Truth”