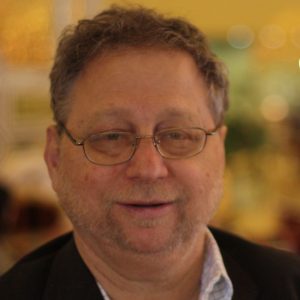 Some people are just ahead of their time.  Sometimes they are in science, or academia, or economics…but sometimes they’re in the media and they see what we all will see, long before it happens.

Pioneering author, filmmaker and media reform activist Danny Schechter was such a talent.  He worked as a producer at ABC’s 20/20, where he won two Emmy Awards, and at CNN, when it was newly launched.  He was part of the media when it still made a difference; before it morphed into entertainment and ridicule.  He wrote 12 books, including “The More You Watch, the Less You Know.” He understood the potential of the Internet long before most of us.

He was a leading activist and journalist against apartheid in South Africa.  That work led him to leave corporate journalism to make six documentaries about Nelson Mandela and produce the cutting-edge television series, “South Africa Now,” which aired on over 150 public television stations in the late 80’s and early 90’s .

Schechter died last week of pancreatic cancer at the age of 72.  Back in 1998, I had the opportunity to talk to Schechter about television news and his book, The More You Know.  While some of the conversation is dated, what’s amazing is how much is not and how much Schechter saw the dystopian future of corporate media.

Here is that conversation.