Will Mexico's Oil Give the U.S. Another Excuse for Covert Intervention? - WhoWhatWhy
Reading Time: 5 minutes 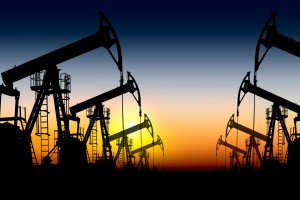 The drug war brought U.S. commandos into Mexico, but the opening of the country’s once publicly-owned energy resources to foreign investors may provide justification for the secretive American presence there to escalate—especially if the cartels are successfully painted as “narcoterrorists.”

Energy resources can never be ignored in geopolitics. And an often forgotten fact is that Mexico is its northern neighbor’s third-largest source of foreign oil—enticingly located right next door.

Mexican petroleum and gas are about to hit the big time, with estimates that as much as $50 billion in new investments could flow into the country by 2018. The bidding began last year, and financiers are looking past today’s sharp drop in oil and gas prices at a lucrative future.

Naturally, outsiders who come drilling will expect a stable environment for profit. Companies do not want blocked shipments, bombed transit routes, kidnapped executives, or other interference from the cartels.

They want certainty, and military action is one way to provide it. Already, the Mexican Army is escorting contractors from Weatherford International, an oilfield services firm founded in Texas. And there is every reason to wonder if Pentagon or U.S. security contractors are assisting in such protection missions. Even members of the U.S. Marshals Service have taken part in operations dressed as Mexican Marines.

Set aside the oilfields, and there is still a lot of money on the line. Mexico is the United States’ third largest trading partner, with half a trillion dollars crossing the border in 2013. Since 2000, U.S. foreign direct investment into the southern country stands at about a third of a trillion dollars.

The official line from the Pentagon is that there is no unusual activity caused by anything. Northern Command, covering the period from 9/11 onward, told WhoWhatWhy, “We do not have a permanent military presence in Mexico, other than those assigned to the U.S. Embassy” and “all other U.S. service men and women only go to Mexico for short duration exchanges on temporary duty.”

“But They Are There”

A private memo WikiLeaks obtained from the intelligence firm Stratfor—analyzed for the first time by WhoWhatWhy in an ongoing investigative partnership—states that United States special forces were conducting joint operations with Mexican special forces in 2011.

The internal document sources this information to someone the firm code-named “US714”: Texas Ranger Captain Aaron Grigsby, then head of the Border Security Operations Center in Austin. It is staffed by intelligence contractors from Abrams Learning & Information Systems, founded by Gen. John Abrams. Grigsby oversaw nearly 300 analysts and their surveillance programs. The job put him in a good position to see what commandos were actually doing in Mexico. [Email-ID 5359940, Feb. 17, 2011]

Here’s what Grigsby told Stratfor. (Note that the document begins with the firm’s standard header information for “insights” and includes the judgment that the source is highly reliable and the information highly credible (Email-ID 1547931)):

Grigsby did not explain why the commandos were engaging in joint operations with Mexican special operators.

National security policy for energy resources is built across decades, regardless of the dates laws are passed. So it is not unusual that the Stratfor memo was sent two-and-a-half years before December 2013, the month Mexican President Enrique Peña Nieto signed into law constitutional amendments authorizing foreign and private investment into oil and gas fields for the first time in 75 years.

Mexican “energy reform” has been on the U.S. radar for at least a decade. According to a 2006 classified diplomatic cable published by WikiLeaks, Tony Garza, then the ambassador to Mexico, raised the issue at a private dinner with then-President-elect Felipe Calderón. Garza told him: “To draw the investment and energy needed to jump-start Mexico’s economy, foreigners and Mexicans alike [have] to be reassured that the rule of law [will] prevail.”

Calderón launched a military war against the cartels as soon as he took office and only a month later indicated to potential investors that the certainty of law would come. He told the Financial Times that the “underlying strategy” of the operations was “to emphasize not just the issue of security but also that of the rule of law” and that taking on the cartels would provide “an indispensable element for broadening confidence in Mexico and generating much greater investment.”

Note that these lowball amounts already add up to nearly half the 2012 market value of unexploited petroleum and gas in Iraq—a country the U.S. recently resumed bombing, galvanized by the need to protect oilfields from the terrorist Islamic State militants.

Mexico suffers a similar problem in the scope of violence carried out by the drug cartels. On top of the physical danger the narcos pose, they are believed responsible for thefts of pipeline fuel worth $790 million in 2014 alone.

Yet without terrorism as a rallying cry, U.S. “management” of Mexico has to be framed in terms of the drug war—which itself has increasingly become subordinated to counterterrorism—unless, perhaps, U.S. policymakers are able to portray the cartels as “narcoterrorists,”  effectively fusing the War on Drugs with the War on Terror.

The term “narcoterrorism” was launched in the United States largely by Rachel Ehrenfeld, who sits on the Committee on the Present Danger, a hawkish organization that advocates for amping up military budgets. In the 1980s, she portrayed the infamous Colombian cartels as Marxist-Leninist elements of a Soviet-directed global conspiracy. Political scholars found the claim far-fetched, but had it gained more traction, it could have been used as a justification to increase support for Cold War-based U.S. intervention in Central and South America.

After the Soviet Union collapsed and the post-9/11 era began, Ehrenfeld started claiming Mexican drug cartels were tied to terrorists and provided them easy access to the United States. Althouh there is little to no proof of this, the idea itself could build a firmer basis for military action in Mexico.

Indeed, for decades and especially after 9/11, the Drug Enforcement Administration, various members of Congress, the Pentagon, state intelligence centers, police organizations along the border, the media, and others have, with some success, tried to raise the profile of the “narcoterrorism nexus.” That’s the notion that drug traffickers and terrorists are inextricably linked together.

The obvious objection is that one-size-fits-all efforts against the two groups cannot work because they differ wildly. Terrorists are motivated by ideology and try to scare opponents they cannot otherwise defeat into taking self-destructive actions. Narcos are lethal black market businessmen who have one concern: profit. That’s why, with some exceptions, the “narcoterrorism” concept has never truly lifted off—yet.

But with resource corporations now moving into Mexico, preparing to profit hugely from forthcoming production-sharing agreements, the country may see more U.S. commandos stalking its cartels.

7 responses to “Will Mexico’s Oil Give the U.S. Another Excuse for Covert Intervention?”