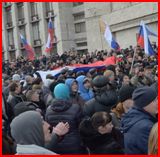 Fighting is flaring in the Eastern Ukrainian city of Donetsk, after government troops assaulted separatist rebels who’d taken over the city’s airport. Here’s our musing over a confusing situation reeking of disinformation and propaganda, ripe for the manipulating.

There has always been a gap in how media on both sides of the former Iron Curtain have reported world events, and it’s growing as the crisis in Ukraine escalates. It has become increasingly difficult to obtain reliable information from any side—west, east, or further east—about what is going on in Eastern Ukraine. We don’t even know who is fighting whom.

Now both sides and their respective media are accusing each other of using mercenaries to commit atrocities, Americans in the Russian version and Chechens in the American one. Ukrainian media have now reported the involvement of the feared Ukrainian ultranationalist Right Sector militants in battles in East Ukraine, something that Russia has claimed for a long time. That’s another ostensible threat to Russian-speaking Ukrainians that Moscow can use to bolster its justification for invading Crimea in the first place. 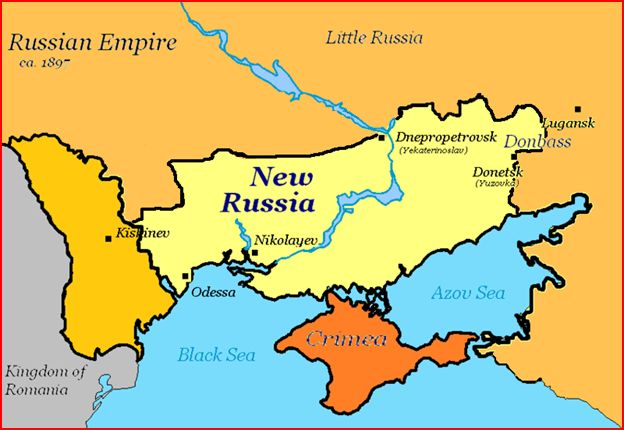 As we’ve shown before, there’s nothing like disinformation to start a war or spur one forward. That’s the risk now in Eastern Ukraine.

In March, when Crimea voted for independence under the watchful eye of the Russian military, Russian media reported that most Ukrainian forces in the peninsula had switched allegiance to the pro-Russian side, while most Western media focused on those who wouldn’t surrender.

A month later, however, much of the coverage of Ukraine had already devolved into a media spectacle of “little green men” vs. “liberal hamsters.” A journalist for the Russian newspaper Komsomolskaya Pravda complained at a televised Q & A session with Vladimir Putin that “a heterogeneous mesh of liberal hamsters” is trying to insult Russian soldiers by calling them “little green men.”

Russia’s propaganda machine has frequently tripped over itself—for example, by whitewashing the fact that Russian forces were involved in Crimea, only to be contradicted later by Putin. But Western media have also been guilty of gross lapses of responsibility.

There was the awkward case when somebody—we still don’t know who—distributed fliers outside an East Ukrainian synagogue in the name of the newly-formed separatist authorities, urging Jews to pay a fee and register themselves and their properties or lose their citizenship.

Most of the mainstream Western media—with some notable exceptions—jumped on the story immediately, goaded by US Secretary of State John Kerry and the US embassy in Ukraine. Subsequently, however, the man whose signature was supposedly on the document condemned it and claimed it was a fake, the Ukrainian Jewish authorities distanced themselves from the story and the whole thing unraveled as a dubious “provocation.”

Then there was the case when the New York Times and other leading Western media were forced to half-heartedly knock down a report about a series of photos which allegedly showed the same Russian special forces soldiers in Georgia in 2008 and in Ukraine in 2014. These pictures supposedly proved that Russia was lying about not interfering militarily in its neighbor’s turmoil—until it turned out that one of the key pictures was a hoax and many of the others were questionable, to say the least.

The New York Times pointed a finger at the U.S. Department of State, which had supplied the photographs, and the State Department turned up the lame excuse that they had given the Times a “draft version” of their briefing packet. Oops. Not to mention that when the Times’ reporters started looking more carefully on the ground, they found little trace of any actual Russians.

Some Western media outlets have acknowledged the mistakes and misbehavior of their governments in Ukraine. And Russian media have acknowledged the Kremlin’s dark interference in its neighbor. Yet, the fog of war continues to thicken over brutal violence in Odessa, Mariupol, Donetsk and elsewhere.

Who is Shooting at Whom?

While Russia has started to pull its army from the Ukrainian border, new factions have sprung up in Eastern Ukraine, and in some of the bloodiest battles to date it has become increasingly difficult to tell who is fighting on what side and who is shooting at whom.

While powerful propaganda machines fill the public space with smoke and mirrors, one of the few facts that can be positively established in Eastern Ukraine is that the body count is steadily growing: a testament of just how easy it is for self-interested foreign powers to start, either intentionally or recklessly, a civil war in the heart of Europe.

GRAPHIC: Russian Soldiers or Not?