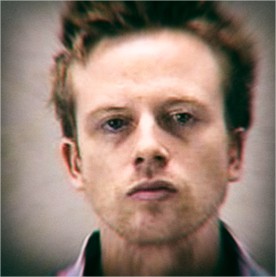 The previously unreleased transcript of Barrett Brown’s September 4 gag hearing in Dallas, obtained by WhoWhatWhy, shows just how far the government tried to go to shut up a “hacktivist journo” who challenged the status quo.

The lead prosecutor, Candina Heath, told the judge that, during the trial, Brown should be forbidden from publishing criticism of the government. That conversation, revealed in the transcript, was out of earshot of those in the gallery when WhoWhatWhy attended the hearing.

At the time of that hearing, Brown faced more than a century in prison for, allegedly, threatening an FBI agent, sharing a link to credit card data publicized during a hack, and conspiring to hide his laptops. Free speech advocates, such as Reporters Without Borders and the Committee to Protect Journalists, labeled the charges nothing less than retribution for his anti-establishment work.

But prosecutors sought to go further, with a gag order that undoubtedly would have been among the most sweeping restrictions on an American journalist’s free speech—reminiscent of the eighteenth-century Alien and Sedition Acts, which jailed writers and editors for criticizing the authorities. 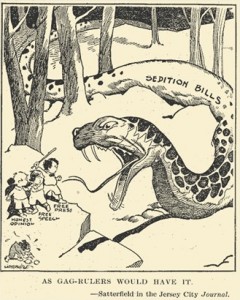 And on what basis could prosecutors possibly argue for such restrictions? During a bench conference, Heath told the judge that Brown’s wide-ranging criticism of government misconduct in a Guardian article was related to his case—and that his writings should therefore be stopped. Referring to the article, she said,

Brown’s article, however, does not name any potential government witnesses. Rather, “The cyber-intelligence complex and its useful idiots” criticized everyone from J. Edgar Hoover’s FBI to the military, the CIA, the NSA, and even the Department of Justice.

In effect, Heath was claiming Brown’s broad criticism of authorities were tantamount to a very specific criticism of the FBI agents she wanted to call to the stand.

Despite the judge’s skepticism, the Department of Justice succeeded in obtaining a more limited gag on Brown—arguing that preventing potential jurors from hearing him talk about his own case would assure him a fair trial. Kafka-like, prosecutors were essentially arguing that gagging Brown was for his own good.

The court ordered Brown and his attorneys to stop speaking about the case, except on fundraising and “topics not related to the counts.” Still, the order stopped short of prosecutors’ wishes and did not cover his ongoing criticism of the government in general. Last week, the judge lifted the gag, and a plea agreement was unsealed that reduced his potential sentence. Brown now faces up to eight-and-a-half years in prison.

But what did prosecutor Heath mean when she referred to Brown’s “tone” while seeking the gag order? It’s not hard to guess. Brown has raised eyebrows for years because of his controversial, anti-authority style. In their motion for the gag, prosecutors claimed Brown’s outlandish personality would bias a jury against him. Media descriptions of him as an”atheist,” an “anarchist,” and a “court jester” would damage his defense, they said.

Brown is certainly a character. Some reporters have focused on his bohemian personality, and some have even suggested that pushing the FBI’s buttons is the act of an imbalanced person, not a passionate idealist. After the FBI refused to return his laptops, Brown launched a series of YouTube “rants” which the government alleges were threatening. They ultimately led to his arrest.

But his supporters see Brown as an activist willing to step over boundaries to call attention to under-reported issues, including FBI crackdowns against people like himself. Before the world learned of NSA whistleblower Edward Snowden, Brown used his media-savvy and gonzo hyperbole to shine light on government and private-sector surveillance programs and information warfare. WhoWhatWhy has reported on his research before and on other Internet activists who threatened the status quo.

The Gag Comes Off

With help from the Electronic Frontier Foundation—a digital and Internet rights group—the defense’s efforts this spring appeared successful in pressuring the Department of Justice into cutting the plea deal. The defense filed motions to dismiss counts in each charge and the heavyweight Internet advocacy nonprofit was planning to file an amicus brief on his behalf.

Brown’s legal battle is thus coming to a close. He has pled guilty to one count of the charge for threatening the FBI agent. He has also pled guilty to obstructing a search warrant by hiding his laptops—and to being an “accessory after the fact to an unauthorized access to a protected computer.” That last count ties him to the intrusion of the private intelligence firm Stratfor’s computers for his efforts to keep the hacker, Jeremy Hammond, from getting caught. Though a plea deal does not set a legal precedent, it raises the chilling question of what risks “hacktivist journos” may face when they report on leaked documents or protect their hacktivist sources.

Brown will be re-arraigned on April 29 and a sentencing hearing should follow.

But with the gag removed as of April 23, Brown is again able to speak his mind. His attorneys will undoubtedly tell him to stay quiet, since he risks reprisal from judicial or penal authorities. But it’s hard to imagine the outspoken journalist staying completely mum.