As Syrian expatriate Dr. Rim Turkmani was watching President Barack Obama give his brief nationally televised address to the American people and the people of the world last night, she says she had two contradictory feelings. “I felt good that it was not a war speech,” says this British-based member of the political office of an organization called The Syrian State Current, a movement that is seeking non-violent democratic change in Syria.  “But what upset me was his repeated referring to what is happening in Syria as a ‘civil war.’  There is an element of civil war in the violence in Syria, but more importantly it is a proxy war between the US and Russia, and it has to be acknowledged that the US and Russia are the key players.”

Dr. Turkmani is an astrophysicist who teaches at Britain’s Imperial College in London. As a native of Homs, a city that has seen considerable fighting, death and destruction in the current civil war between rebels and the Syrian government of President Bashar al-Assad, she knows the evils the regime is capable of. She spoke with WhoWhatWhy’s Dave Lindorff the other day about the Syrian crisis. 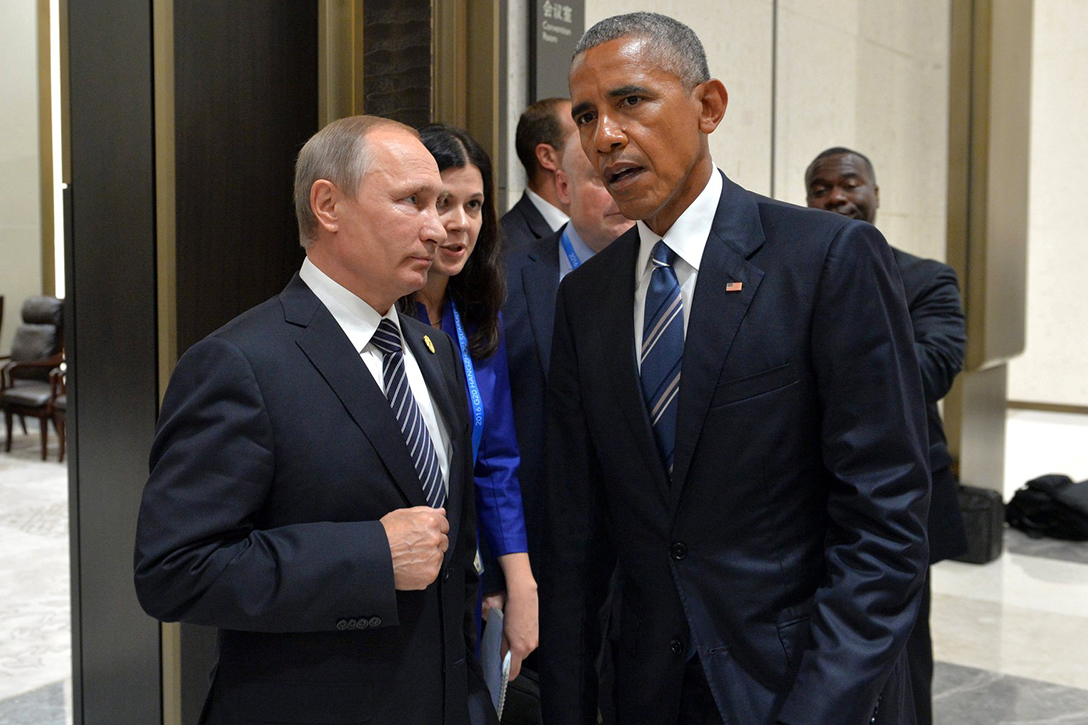 Lindorff: What is your analysis of the current situation in Syria?

Turkmani:  The regime of Bashar al-Assad is fully capable morally and practically of using poison gas against Syrian people. After all we have witnessed far worse atrocities committed by him. But we don’t think that US interference through missile strikes will help the situation at all, because there is a complex war on the ground already — both a civil war and an international one.  Adding a new direct military player with a new strategy and new aim will just complicate things further. It will not help either side win or bring Assad to the negotiating table.

Lindorff:  What do you think the US motive is in backing rebels in Syria?

Lindorff:  So this is really about a proxy war?

Turkmani:  In part. It is a political conflict inside Syria that has devolved into a violent one. America’s role in it though is about a proxy war with Russia.

Lindorff:  What’s driving it? Is this about control of oil, about pipelines? Or what?

Turkmani:  Syria is not  an oil-rich country, and pipelines are not that big an issue either. Such things are small compared to the level of chaos we are seeing. I think it’s about pride: Who can struggle for and successfully gain influence in the Middle East.

Lindorff:  What has the US role been in backing Syrian rebels fighting to topple Assad’s regime?

Turkmani:  The US has been supplying weapons to the rebels, but its support hasn’t only been direct. I think the US has worked to increase the polarization both inside and outside of Syria. Also the rebel groups inside Syria that the US has been helping and that it has created are advocates of violence and have made things much worse in Syria. For example, George Sabra, the leader of the Syrian National Council [an umbrella organization of militant rebel forces backed by the US and the Arab League], has stated that he also supports and defends Al Qaeda. And these are the people that the US supports and is arming in Syria.

Lindorff:  You have said that Assad is fully capable of gassing his own people. Do you believe that the rebels have used poison gas also, as many observers, including a number of retired CIA officers, claim?

Lindorff:  So we really don’t know who has used poison gas?

Turkmani:  Nobody can prove anything now. There is evidence to point fingers in different directions, but nothing that you could take to a court. On the other hand, the blame is with the Assad regime for allowing the situation to degenerate to this point.

Lindorff:  What would be the consequence of a US strike, should the Russian effort to  have international authorities take control of Assad’s chemical weapons ultimately fail?

Turkmani:  If the US attacks, the consequences for the Syrian people will be disastrous. An attack will not get rid of the Assad regime. So it will just make the conflict worse and more prolonged. And that means more destruction and devastation. There’s also a huge risk of a humanitarian catastrophe.

The other thing is that the regime already has hundreds of thousands of detainees, and there are many reports that Assad is distributing them around to potential US targets to serve as human shields.

Finally, any strike would simply strengthen support for the Assad regime. You know, we hadn’t seen loyalist demonstrations supporting Assad for a long time in Syria or in the west, and now, with the threat of a US attack, you’re seeing them all over — inside and outside of Syria.

Lindorff:  So in your view, what should be done?

Turkmani:  I think we should exploit the current opening — the Russian initiative — to push for a political solution.

Lindorff:  So you think this is a legitimate move by Russia, and not, as the US has warned, just a delaying tactic to help Assad?

Turkmani:  Yes. Russia is of course working for its own interests, and that is not about keeping Assad in power. That is why we have supported Geneva II [a broad peace conference on Syria that would be held in The Hague] — to reach an international consensus that would open the way for Syrians themselves to end the conflict inside the country.

I think the main matter for both America and Russia alike is not Syria itself as much as the rivarly between the two super powers. One of the most important assets of Syria is its strategic geopolitical position, which makes it important for super powers to maintain influence in this area. I don’t think Russia cares for Assad himself or for his regime. After all it has been a very disappointing party to back, as it has failed to fulfil all its promises to Russia and failed to bring security back to the country. The Assad regime has proved that it can’t maintain its own interests, let alone those of Russia.

Turkmani:  Military support for all parties inside Syria has to end. We are against a bombing strike, but we also don’t want the issue to be only about chemical weapons. We have to deal with a much larger crisis than just chemical weapons. We need to have successful peace talks.  The US has the power and influence with countries like Turkey, Saudi Arabia and Qatar to make that happen. Of course it does.

Lindorff:  So you want a broader peace conference. Not just the parties in Syria at the table. What countries do you want to include?

Turkmani:  The US, Russia, China, France, the UK, and regionally, Turkey, Hezbollah, Jordan and Iran.

Lindorff:  You haven’t mentioned Israel, but Israel is a major regional power with a major stake in the outcome in Syria, isn’t it?

Turkmani (laughing for the first time in the interview):  I would not go there! The US will take care of Israel’s interests. Because bringing Israel directly into the conflict and into peace negotiations would just complicate things. Of course Israel has its interests in Syria, but it does not have a role in the peace process.

Lindorff:  Are you optimistic about the chances for peace in Syria?

Turkmani:  If this new diplomatic opening is exploited, I’m positive.

Lindorff:  What kind of influence has your organization, The Syrian State Current, been able to have? Is Washington reaching out to you?

Turkmani: So far, not much. We’ve been in touch with Washington, but while they say they support us and favor a political solution in Syria, they keep providing more arms and keep supporting the options that lead to more violent confrontation and a more chaotic environment.

Washington is not reaching out to us. No.