Outside the Box Video Series: The Power of Nightmares - WhoWhatWhy
Reading Time: 2 minutes 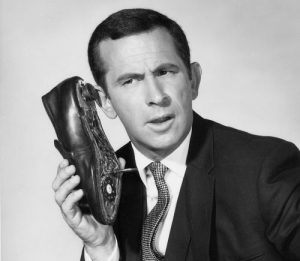 “The Power of Nightmares, subtitled The Rise of the Politics of Fear, is a BBC documentary film series written and produced by Adam Curtis. In three one-hour films, the series presents a montage of archive footage tied together with Curtis’s narration. First broadcast in the United Kingdom in late 2004, it has subsequently been aired in multiple countries and shown in several film festivals, including the 2005 Cannes Film Festival.

The three films compare the rise of the American Neo-Conservative movement and the radical Islamist movement, noting strong similarities between the two. More controversially, it argues that the threat of radical Islamism as a massive organized force of destruction, specifically in the form of al-Qaeda, is in fact a myth perpetrated by politicians in many countries—and particularly American Neo-Conservatives—in an attempt to unite and inspire their own followers.” – from topdocumentaryfilms.com

Episode 1: Baby It’s Cold Outside – This episode traces the origins of pan-Arab Islamist ideology to its founder Said Qtub—an Egyptian student who studied in America and became incensed with American commercialism and its corrupting nature. It also details the work of Leo Strauss, a Platonic philosopher at the University of Chicago who was extremely influential over the growth of American neoconservatism and emphasized deceit as necessary for elites to maintain control over an orderly society.

Episode 2: The Phantom Victory – When the atheist USSR invades Afghanistan, American neoconservatives and radical Islamists throughout the Mideast are brought together in their fight to free the Afghan people from Soviet domination. But both groups are fooled by their own propaganda, claiming credit for a victory fought and won by the Afghan mujahedeen themselves.

Episode 3: The Shadows in the Cave – The final episode shows how the terrorist attacks of September 11 presented an opportunity for neoconservatives to reconstruct a monolithic enemy that would unite the American people after the Soviet Union’s demise. The radical Islamists also benefitted from this exaggerated portrayal of them as successful fighters against the West. Despite the falsity of this premise, both ideologies find it politically useful to hype the power and scope of al-Qaeda, leading to the present- day conception of Islamic terrorism as a global network of interconnected, hierarchical cells under the command of a single leader.

2 responses to “Outside the Box Video Series: The Power of Nightmares”