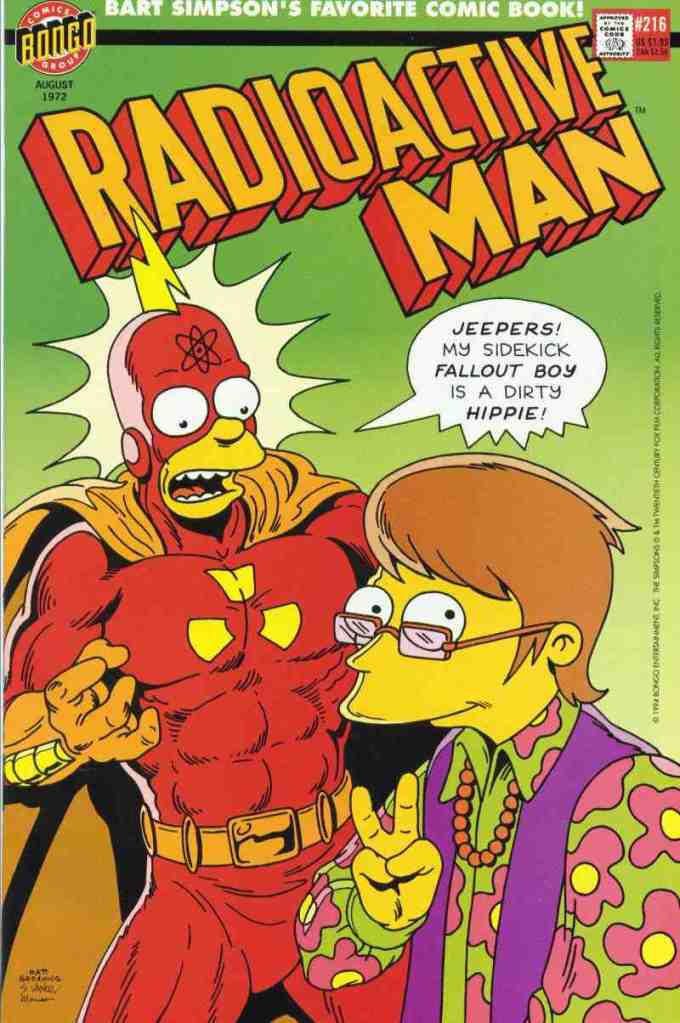 How would you like radioactive metal from nuclear weapons facilities to be recycled for use in consumer goods like silverware, pots and pans, eye glasses, zippers, kid’s braces, and even pacemakers and artificial hip joints? If the U.S. Department of Energy gets its way (after a public comment period ends Feb. 11), that is exactly what we can expect in our future.

DOE, the steward of the sprawling—and massively contaminated—American nuclear weapons complex, wants to lift a ban on recycling imposed in 2000. That action came in response to an earlier proposal to sell radioactive metal from DOE facilities to scrap metal recyclers. Once the contaminated metal is mixed into the scrap supply, it could be turned into virtually anything made with metal.

The problem is, products contaminated with radiation give off alpha particles, beta particles, or gamma rays, depending on the radioactive element (radionuclide or radioisotope) present. Though these three kinds of radiation have different properties, all are ionizing, meaning that each is energetic enough to break chemical bonds in the cells in our bodies. That kind of damage can result in cancer and other illnesses.

DOE’s current plan is to release 13,790 metric tons of metal the department says is “uncontaminated” or just contaminated on the surface. This material would likely include things like metal desks, pipes, and perhaps construction equipment from radiation-contaminated areas, Robert Alvarez, a nuclear expert and former senior policy advisor to the Secretary of Energy during the Clinton administration, told WhoWhatWhy. (Click here for more information on the places from which DOE proposes to release the metal.)

Alvarez, a key player in stopping DOE’s earlier attempt to release its low-level nuclear waste into the public sphere, described the new effort as “a toe in the water” toward overturning the ban; in the future, it could lead to the release of a large part of the department’s vast stockpile of waste materials.

The Department of Energy did not respond to an interview request.

The top-secret effort that began during World War II to develop the atomic bomb—and then build America’s nuclear arsenal to ensure the country’s continued global military dominance—has been an especially dirty enterprise. Creating and maintaining it has resulted in the release of vast but unknowable amounts of radioactive, chemical, and other toxic contamination on much of the DOE’s 2.4 million acres as well as in surrounding communities.

DOE’s Hanford site in eastern Washington state, for example, is the most contaminated place in the Western hemisphere and the site of the world’s largest cleanup operation. An article in Der Spiegel notes that “240 square miles are uninhabitable due to the radioactivity that has seeped into the soil and ground water: uranium, cesium, strontium, plutonium and other deadly radionuclides.” Maps showing DOE cleanup sites are here and here.

The first and only inventory of DOE’s assets, which was conducted in the nineties under Alvarez’s direction, revealed the department had 20,700 specialized facilities and buildings including 5,000 warehouses, 7,000 administration buildings, 1,600 laboratories, 89 nuclear reactors, 208 particle accelerators, and 665 production and manufacturing facilities.

“At the time, we found there was more than 270,000 metric tons of scrap, which is equivalent to two modern aircraft carriers in weight,” Alvarez said.

Adding in the three gaseous diffusion plants in Paducah, Kentucky; Portsmouth, Ohio; and at DOE’s Y-25 site at Oak Ridge, Tennessee, would contribute another 1.4 million metric tons to the department’s scrap-metal heap. Gaseous diffusion, an extremely polluting technology, was the first technique to turn natural uranium into nuclear fuel on an industrial scale. Significant amounts of toxic and radioactive materials have been released into the air, water, and soil at all three sites.

So just how hazardous is all this material to living things like you and me?

DOE seems to believe that as the contaminated metal gets mixed into the larger supply of scrap metal, which in 2012 totaled 59 million tons, the contamination would be diluted enough not to cause any problems. This is the old “dilution is the solution to pollution” concept, which is belied by an onslaught of increasingly intractable local to global environmental crises.

Radiation, however, is a special kind of pollution. Because of the long-lived nature of many radionuclides, radioactive contamination can persist for a very long time—in the case of uranium-238 (the most common isotope in naturally occurring uranium, which has a half-life of 4.5 billion years) virtually forever. (Half-life measures the amount of time it takes for half of a radionuclide’s atoms to become non-radioactive. The amount of time it takes for all the radioactivity to dissipate is five to ten times the half-life.)

Radiation has another special property. As Dr. Rosalie Bertell explained in her book No Immediate Danger: Prognosis for a Radioactive Earth, things that come in contact with radiation can themselves becomes radioactive: “The violence of the chain reaction is such that it can also yield what are called activation products, i.e., it can cause already existing chemicals in air, water or other nearby materials to absorb energy, change their structure slightly and become radioactive.”

In order to know the exact contamination levels of each piece of metal DOE wants to release, each piece would have to be tested to see if it is radioactive; and if so, the counts per minute of radiation it is giving off, and whether it is alpha, beta, or gamma radiation.

That, however, would be an enormous—and enormously expensive—undertaking, and there is no indication the department is considering anything like it. According to Alvarez, DOE’s main motivation for pushing its low-level waste out into the public sphere is to save it the trouble and cost of proper disposal.

“The nuclear weapons complex was a huge, huge industry that is now largely full of closed, shuttered, and antiquated operations that are loaded with crap that they haven’t gotten around to getting rid of,” he said. “It costs money and they’re really trying to find creative ways to deal with it. This is one of their ‘creative’ ways.”

Because the American nuclear weapons complex has long operated under a heavy cloak of secrecy and privilege in the name of national security, it is accustomed to doing what it wants without much oversight or accountability. But this particular plan runs counter to the interests of the U.S. steel industry, a critical sector of the American economy.

“We’re not interested in receiving material potentially contaminated with radioactivity from the DOE complex as part of its teardown in its efforts to address the Cold War situation,” Eric Stuart, vice president of energy and environment at the Steel Manufacturers Association, told WhoWhatWhy. “We’re not in the business of cleaning up after the U.S. government.”

Stuart pointed out that nearly all of the steel industry’s feed material comes from recycled scrap—more than 60 million tons a year, primarily from junked cars, appliances, steel cans, and steel construction materials—and the introduction of radiation-contaminated metals is unacceptable to the industry.

For one thing, the steel industry worries that consumers will avoid metal products because of worries over radiation contamination—a direct threat to the industry’s bottom line. For another, the mere prospect of having to deal with radioactive metals raises enormous safety and liability issues.

In order to guard against stray sources of contaminated metal that could come in with a load of scrap, steel mills already have radiation detection equipment set up at their intake points. “If some orphaned radioactive scrap made it all the way to the furnace, it would be volatized and create quite a situation,” Stuart said.

Cleaning up messes like that has cost individual mills tens of millions of dollars. In some cases the contamination has been so bad that the mill had to close, he added.

In its current proposal, DOE contends that no metal with contamination exceeding 1 millirem (a unit for measuring radioactivity) per year above background radiation levels would be released. But, Stuart points out, background radiation varies from location to location, which means that this assurance is virtually meaningless.

Furthermore, if this proposal were to go ahead, once the tainted metal is made into a product, there is no way to ensure that somebody won’t acquire more than one product made from contaminated material, which would increase that person’s risk. And what if the contaminated metal ends up in a medical device that’s implanted in someone’s body, delivering an on-going dose of radiation to the surrounding tissue?

As if that prospect weren’t scary enough, there are other problems with DOE’s “don’t worry, be happy” and “one-size-fits-all” approach to radiation doses. First, recent research confirms that chromosomal damage, which is a precursor to many types of cancer, occurs with much lower radiation exposures than previously thought.

Second, some population groups are more vulnerable to the effects of radiation than others. According to the 2006 U.S. National Academy of Sciences BEIR report (BEIR stands for Biological Effects of Ionizing Radiation), radiation exposure is nearly twice as damaging to girls than boys of the same age; in fact, an infant girl is seven times and a five-year-old girl five times more likely to get radiation-induced cancer than a 30-year-old male.

If DOE succeeds, and if Alvarez is right that this proposal is just the nuclear sector’s attempt to get its foot in the door before pushing it wide open, we could find ourselves awash in unlabeled and unmonitored products made from low-level nuclear waste.

Alvarez is not completely opposed to the idea of recycling radiation-contaminated metal. When he was still at DOE, he suggested using it to make containers to dispose of the department’s vast inventory of nuclear waste. He was told that that option would be too expensive. Apparently, running an uncontrolled experiment on the effect of radiation-contaminated metal on American consumers is more appealing to the DOE’s cost-benefit analysts.

[As mentioned above, the period for public comment on the DOE’s proposed plans ends Monday, February 11. Those wishing to share their thoughts with DOE may click here.]