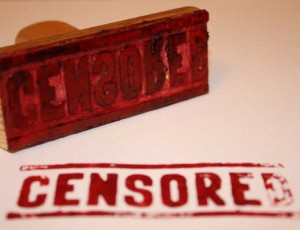 Project Censored, a non-profit media watchdog organization based at Sonoma State University in California, has recently bestowed a fine holiday gift on news consumers of all stripes. The organization’s yearly review, Censored 2013, highlights the top 25 un-or-underreported stories of 2012.

You can watch video, below of Al Jazeera’s Inside Story: Americas from December 27, in which Project Censored’s director Mickey Huff was interviewed about the list along with Greg Mitchell of The Nation.

The video’s discussion centers on the list’s top 5 stories—“Signs of an Emerging Police State,” “Oceans in Peril,” “Fukushima Nuclear Disaster Worse than Anticipated,” “FBI Agents Responsible for Majority of Terrorist Plots in the United States,” and “First Federal Reserve Audit Reveals Trillions Loaned to Major Banks.” The report’s other 20 entries range from the alignment of the US government and al-Qaeda in the Syrian Civil War (a topic discussed on WhoWhatWhy) to Alabama’s farmers looking to replace migrant workers with prisoners (that issue has at least received attention from the widely-watched satirical news show, The Colbert Report, as well as the news agency Agence France-Presse.)

The Project, like most entities, is not without its detractors. In the Illinois Times in 2007, C.D. Stelzer discussed the resignation of two of Project Censored’s national judges—Robert Jensen, a journalism professor, and syndicated columnist Norman Solomon—over the inclusion of the work by controversial physics professor Steven Jones, who contended that the collapse of the World Trade Center could only have been orchestrated by a controlled detonation. Peter Phillips, then-director ofthe program, responded, “this isn’t the first time that judges have resigned at Project Censored over a story we’ve covered…It’s a valid news story.”

Despite the controversy, the famed arbiter of “serious” journalism, the late Walter Cronkite, stated in a review of their 2004 assessment, “Project Censored is one of the organizations that we should listen to, to be assured that our newspapers and our broadcasting outlets are practicing thorough and ethical journalism.” Similar praise has come from Ralph Nader and The Los Angeles Times. In fact, we’ve seen a growing appreciation of this mission of pointing out what doesn’t get covered.

As readers of WhoWhatWhy, you know that we don’t shy away from subjects deemed too taboo to discuss—when we see facts that meet our standards to warrant further investigation.

Watch the discussion above, read the report, and let us know your thoughts below. Tell us about your picks that didn’t make the list, why they deserve more scrutiny, and what you think of WhoWhatWhy’s inclusiveness regarding subjects oft-considered verboten. And please—we know a lot of people care about whether they’re getting the truth, or the whole truth on 9/11 (we have, unlike many news sites, reported new information we uncovered), but those folks are pretty active in saying so. We’d like to hear from others about their concerns, too. There’s a big world out there, and it all matters.