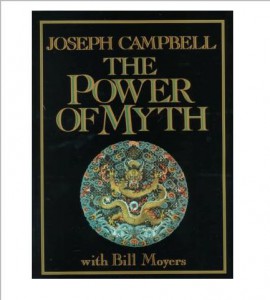 From time to time we’ll be sharing some of the more interesting comments from readers. Publication of them does not represent an endorsement of those views—but we do want to encourage a dialogue. We edit them a little for clarity.

One of our readers, Dave Parker, responded to a video talk we posted, in which rich guy Nick Hanauer argues that it is the middle class, not the rich, who create jobs. Parker begins by quoting Hanauer on the use of the term “job creator” and what it is meant to evoke. Then he moves on to Joseph Campbell, the power of myths, his own thoughts, more Campbell, more Parker. On and on. Enjoy…..

@ 4:07 “It’s a small jump from job creator to THE Creator.  This language obviously wasn’t [laughter] this language was not chosen by accident.  And it’s only honest to admit that when someone like me calls them self a job creator, were not just describing how the economy works, but more particularly we’re making a claim on status and privileges that we deserve.”

Well said.  That’s exactly what I’m always on about.  That’s the power of myth, baby.

1. …the first function of mythology [is] to evoke in the individual a sense of grateful, affirmative awe before the monstrous mystery that is existence.

3. The third function of a mythological order is to validate and maintain a certain sociological system: a shared set of rights and wrongs, proprieties or improprieties, on which your particular social unit depends for its existence.

4. …the fourth function of myth is psychological. That myth must carry the individual through the stages of his life, from birth through maturity through senility to death. The mythology must do so in accords with the social order of his group, the cosmos as understood by his group, and the monstrous mystery.

The second and third functions have been taken over in our world by secular orders. Our cosmology is in the hands of science. The first law of science is that the truth has not been found. The laws of science are working hypotheses. The scientist knows that at any moment facts may be found that make the present theory obsolete; this is happening now constantly. It’s amusing. In a religious tradition, the older the doctrine, the truer it is held to be.

In the scientific tradition, on the other hand, a paper written ten years ago is already out of date. There’s a continuous movement onward. So there’s no law, no Rock of Ages on which you can rest. There’s nothing of the kind. It’s fluid. And we know that rocks are fluid, too, though it takes them a long time to flow. Nothing lasts. It all changes.

In the social realm, again, we don’t regard our laws as being divinely ordained. You still hear it from time to time, as in the current abortion problem: God is talking to Senator So-and-so, or Reverend Thus-and-such. But it doesn’t seem to make sense otherwise. God’s law is no longer the justification for the nation’s laws. Congress decides what a decent aim for the social order is and what the institution is that should bring that aim about. So I would say that in this secular society of ours, we can no longer really think of the cosmological and sociological functions as a problem.

However, in all of our lives, the first and fourth functions do still play a role, and it’s these that I will be addressing. We are going to find ourselves far away from the old traditions. The first is the problem of awe. And, as I’ve said, you can have one of three attitudes toward it.

The fourth function now is the pedagogical. Basically, the function of the pedagogical order is to bring a child to maturity and then to help the aged become disengaged. Infancy is a period of obedience and dependency. The child is dependent on the parent, looks to the parent for advice and help and approval. There comes a time, however, when the individual has to become self-reliant and not dependent but himself the authority. Now here we come to a distinction between the traditional attitude toward this problem and the contemporary Western one. The traditional idea is that the adult who has moved from dependency to responsibility should take over without criticism the laws of the society and represent them. In our world, we ask for the development of the individual’s critical faculties, that you should evaluate the social order and yourself, then contribute criticism. This doesn’t mean blowing it up. Nor does it mean blowing it up before you’ve found out what it is. ….
~~~~~~~~~~~~~~~~~~~~~~~~~~~~~~~~~~~

Hanauer has pulled back the veil that masks the true intentions of our modern myth-makers.

Let’s take the functions one at a time with regard to the loaded phrase, “job creator.”

1. Look at the size of their mansions, private planes and yachts!  See what wondrous things a Bill Gates or Warren Buffett can do!  They each have more money than God! They’re gods among mere mortals!

2. The Biggest Man up the Highest Stairs (and let’s be clear about this: God’s got the biggest balls of them all) by force and fiat, personally created the cosmos, making it — and us — His personal private property, to do with as only He can see fit.

3. Since “job creators” are nearer to God than we, the 99%, are; we should bow down, avert our gaze, and let them have their way with society and us.  It is right and proper that the 1% should lord over the 99%.  It’s what God would do.

4. The best the 99% can hope for is to be cared for, cradle to grave, on the plantations of our rightful masters.  To work on the plantation of a Job Creator is the next best thing to Heaven on Earth.  Going off plantation, being without a job, or complaining about conditions are sure signs of allegiance with the Devil.

Paraphrasing Shakespeare, the power of myth is to bring into being the world stage on which we play our ever more notorious parts.  The metaphors with which we construct the cosmos, and through which we
enliven it, are the most powerful forces in the human world.  It’s bad enough that the power of myth is being perverted to serve economic interests.  It gets worse.

The awesome power of myth is also being weaponized, putting, for example, the “awe” in “Shock & Awe.”

Don’t believe that the power of myth is that powerful?  Still think myths are antiquated fancies, the best thing to do with which is to bust them?  Still want to use myth as an intellectual’s grandiose synonym for lie?

Riddle me this: which is more powerful: myths, or nukes?

Answer: We were jacked to war in Iraq by the power of myths about nukes.  Nukes are nigh on useless, but myths about them are more powerful than the weapons themselves.

(Pardon my enthusiasm, but this is my favorite topic.)

Campbell’s basic argument, with regard to the ills of society today, is that the old metaphors are broken.  Living within the cosmos so conceived is only making things worse.

As Hanauer eloquently demonstrates, the greatest power of OWS is to be found in its refashioning of the metaphors through which we experience daily life.

The best thing we, the 99%, can do, to bring about the changes we seek, is deconstruct the old metaphors in the process of creating new ones.  The power of that metaphor itself, of the 1% vs the 99%, is already doing just that.

That would be true enough, in a general sense, but it’s all the more true for us Americans.  Why?

Because Campbell himself lectured for the State Department’s Foreign Service Institute for decades, beginning 1956 (http://www.pacifica.edu/innerc….  That tells me that, ever since, the greed-heads and war-mongers at State and elsewhere have been steeped in a perverse reading of Campbell’s work.  They read it for its utilitarian value in pursuing “national security.”  And the “successes” of the feds are envied and emulated in the world of corporate propagandizing (as in the myth of  “job creators”).  As a poet, I can’t imagine a worse tragedy.

It’s my firm belief that they think they have mastered the ultimate power in the human world: the weaponized power of myth.  Just look at the USG’s use of religions as weapons.

Long ago, we sought to “put the fear of god” into “heathen savages.”  And that same bogus holy war continues to this day, eg the weaponized teachings about Islam offered to Air Force officers.  http://agonist.org/steve_hynd/…

As Hanauer shows, the old metaphors will only take us where we’ve already been.  Our challenge is twofold: to recognize and counteract MYTHOP even as we develop new metaphors for being human in today’s world. Toward that end, allow me to offer the following suggestions.

2. Read myths in the present tense: Eternity is now.

3. Read myths in the first person plural: the Gods and Goddesses of ancient mythology still live within you.

5. Look for patterns; don’t get lost in the details. What is needed is not more specialized scholarship, but more interdisciplinary vision. Make connections; break old patterns of parochial thought.

6. Resacralize the secular: even a dollar bill reveals the imprint of Eternity.

7. If God is everywhere, then myths can be generated anywhere, anytime, by anything. Don’t let your Romantic aversion to science blind you to the Buddha in the computer chip.

8. Know your tribe! Myths never arise in a vacuum; they are the connective tissue of the social body which enjoys synergistic relations with dreams (private myths) and rituals (the enactment of myth).

9. Expand your horizons! Any mythology worth remembering will be global in scope. The earth is our home and humankind is our family

9 responses to “Reader Comment: The Rich and the Power of Myth”