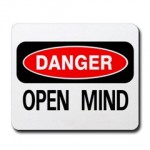 In response to our article, “Someone Would Have Talked,” a reader posted this comment. We think it deserves wider exposure:

“Someone would have talked”: On Believers and Questioners

Person #1: [States a plausible theory concerning how the government may have conducted a nefarious operation and then lied to the public about it.]
Person #2: That’s impossible.  There would have to have been so many people involved.  Someone would have talked.

No matter how much research Person #1 does, he can never attain absolute certainty about his theory.  Absolute certainty about empirical matters is impossible.  See Rene Descartes, Meditations I.  However, the difference between Person #1 and Person #2 is not in the truth-value of their respective beliefs, but rather their orientation towards truth itself.

Believers, by contrast, spend most of their time in blissful ignorance.  They see the world as “given” and spend their time worrying about things like sports, interpersonal relationships or career advancement.  While some Believers get their worldview from watching or reading the News, most get it by osmosis, by referring to what “most people think” as a guide.

Believers and Questioners are fundamentally at odds.  Questioners either view Believers as simpletons or (as stated above) as naive souls to be saved. While many Questioners find Believers boring or pathetic, Questioners do not usually hate Believers.  However, Believers invariably detest Questioners.  See Plato, The Trial of Socrates.

The “someone would have talked” argument is a handy method that Believers use to get rid of an uncomfortable idea.  If the “someone would have talked” phenomenon is as true as the law of gravity, then why, the Questioner asks, does the government go to the pains of conducting background checks?  Why did no one talk about Operation Northwoods before it became declassified?  Why does barely anyone talk about it now?

The Questioner is relentless.  If he goes to too far, though, the Believer is going to have to rely on other means to get back to the blissful state to which he has become attached.  When he fails to refute the Questioner on his own, he will resort to others.  He will turn to other Believers and say “Look at this guy! How crazy is he!?”  The other Believers will be quick to rally around the irked Believer-cum-leader.  Before you know it, the Questioner has become an outcast. Or worse.

When the Believers are done with him, the Questioner will eventually become “no one.”

This is the reason why the “someone would have talked” argument fails: because whoever talks is no longer someone worth being listened to, at least as far as the Believer is concerned.

But I wouldn’t try to explain this to a Believer, if I were you.