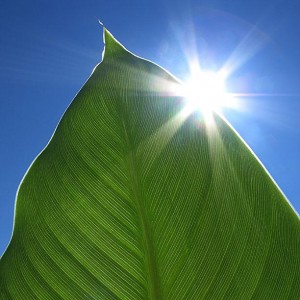 For more than thirty years, scientists have been trying to figure out how to efficiently replicate one of nature’s most fundamental processes: photosynthesis, the source of energy for nearly all life on earth. Finally, after much head-scratching, a breakthrough by scientists in Sweden could soon prove itself the key to unlocking the sun’s vast potential as a renewable energy source.

Until recently, the two main problems holding back the development of artificial photosynthesis have been cost and speed (how quickly the process can produce useable energy.) However, the research undertaken by a team of scientists from the Royal Institute of Technology (KTH) in Stockholm, published last month in the journal Nature, means that one of these obstacles has now been overcome.

The team, led by aptly named Professor Licheng Sun, has developed a molecular catalyzer capable of replicating the process of photosynthesis at what has been described by Sun as “a world record rate.” The catalyzer consists of a complex molecular structure containing an atom of the rare metal, ruthenium. It works by using sunlight to break down water molecules (H into protons (which eventually form hydrogen atoms) and oxygen. While such an outcome has been achieved in the past, the speed at which this catalyzer operates is the real breakthrough. It is capable of oxidizing water at a rate of 300 oxygen molecules per second per catalyst, a rate equivalent to that found in natural photosynthesis.

The research, described by the team as “motivated by the need for practical and environmentally friendly power generation without the consumption of fossil fuels,” means that solar energy could become a commercially viable fuel source in the near future. If scaled up, this technology would be capable of producing significant amounts of hydrogen that could be used to power vehicles, either by burning the gas in special engines, or by reacting it with oxygen in a fuel cell to run electric motors.

Not only could the molecular catalyzer have a dramatic impact on the development of hydrogen fuel, it also allows the possibility of converting the carbon dioxide captured in the process into low-polluting forms of fuel, such as methanol.

“I am very optimistic about the new technology,” Professor Sun told WhoWhatWhy. “In my eyes it will probably take less than 10 years to produce solar fuels with relatively low costs, capable of competing with carbon-based fuels. It explains why Barack Obama is investing billions of dollars in this type of research.”

The ability to convert and store the sun’s energy as fuel—something not possible with traditional solar cells, which convert the sun’s rays directly into electricity—could have far-reaching implications for the future use of sunlight as an energy source. As Professor Sun points out,”The total solar energy that reaches the Earth exceeds our total energy consumption by a factor of 10 000.” Such a ratio suggests the potential of artificial-photosynthesis technology is huge.