The Cradle of Conflagration: The End (and Beginning) of the War for Iraq - WhoWhatWhy
Reading Time: 4 minutes 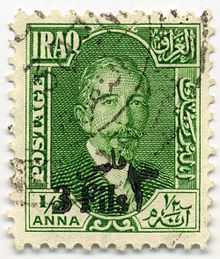 In the wake of the pullout of U.S. forces, Iraq is on the brink of internal combustion. And frankly, nobody should be surprised. Even a cursory review of Iraq’s history reveals this to be the likely aftermath of American occupation—and not even because of American missteps on the ground (as egregious as those were), but because of the intrinsic nature of the Iraqi ‘nation’. The War in Iraq may be over, but the real battle for Iraqi governance has just begun. So, when the “democratic” government in Iraq almost certainly devolves in the coming year, don’t say we didn’t warn you.

Before we get to the history, let’s recap the past few weeks. On December 18th, the last of US forces exited Iraqi territory into Kuwait. The following day, the Shiite-dominated government issued an arrest warrant for its own Vice President, Tariq al-Hashimi, the most powerful Sunni in the administration. The accusation: running an anti-Shiite assassination squad that was allegedly behind the murders of several police officers and prominent Shiite officials. However credible these charges, the move was interpreted by the Sunni leadership as a ploy by Prime Minister Nouri Al-Maliki to consolidate Shiite power in the government. Within days—December 22nd—Sunni extremists executed a series of coordinated bombings across Baghdad, leaving at least 68 dead and nearly 200 injured.

A brief rundown of the costs of our Iraqi mission may also be in order: 4,487 American deaths, countless American casualties (32,226 “wounded in action,” according to the Pentagon; up to 500,000 harmed by service in Iraq  if you include those suffering from post-traumatic stress disorder, depression, or traumatic brain injury. according to the Nieman Foundation), and over (perhaps a lot over) 100,000 civilian fatalities. This isn’t even mentioning the $806 billion price tag for the United States, with broader spending, such as veteran care, taking the total cost to perhaps $2.4 trillion, according to informed estimates by Brown University’s Cost of War Project and Nobel Prize-winning economist Joseph E. Stiglitz.

Have all these expenditures in blood and money bought a more stable society in Iraq? Given the violence of the past few weeks, it seems clear that Iraq remains a fractured war zone, doomed to suffer under the curse of an inborn, insurmountable identity crisis.

While it would be impossible to summarize Iraq’s history in a few short sentences, here are a few fundamentals that are important to understand. Before 1920, there was no Iraq or Iraqi nationality; the territory that is now Iraq was the southeastern corner of the vast, culturally disparate Ottoman Empire. The three provinces (or “vilayets”) that constituted the territory—Mosul, Baghdad, and Basra—were politically unrelated and culturally distinct, with Mosul home to a large Kurdish population, Baghdad containing a patchwork demographic of Sunni and Shiite Arabs, and Basra holding a primarily Shiite population.

After World War I, the League of Nations gave control of the region to the British,  and the British combined Baghdad and Basra into a single country in 1921; five years later, Mosul was added to the union largely out of fears that the oil-rich province might otherwise be annexed by neighboring Turkey. To “rule” this hodgepodge of ethnicities, the British selected a client king, Faisal I (a Saudi aristocrat and former King of Syria), who was given the task of solidifying control of the region under the more colonially-compliant, and historically moneyed Sunni minority. Classic British divide-and-conquer tactics. Still with me?

The point is, Iraq, like much of the Middle East, is the product of colonial gerrymandering. Such a mix-and-match territory invariably requires an authoritarian, centralized leadership to hold things together. The rise to autocratic power of Saddam Hussein, a considerably secular and Westernized Sunni, was a natural extension of Iraq’s colonial environment. In their prescient The Future of Iraq: Dictatorship, Democracy or Division (2004), Liam Anderson and Gareth Stansfield explain:

Placed in a historical context, the regime of Saddam Hussein appears less as an aberration, and more as a logical culmination of the pathologies embedded in the State of Iraq since its creation in 1921. Iraq was assembled according to great power (mainly British) strategic calculations rather than with a view to creating a coherent, functioning, self-sustaining state. Governing this deeply fractious product of British geopolitical engineering has traditionally entailed the skillful manipulation of tribal, ethnic, and sectarian divisions. . . supplemented periodically by the application of generous doses of violence. The removal of Saddam Hussein does not alter this, it. . . simply [requires] the violence to be administered by someone else: the U.S. perhaps.

Over the past nine years, the United States has assumed the Sisyphean task of administering Iraq’s violence—after we willfully removed this mantle from Saddam Hussein.  Whatever high-minded motives we may have used to describe our mission, we simply filled an existing void for as long as we could afford to bear it—and as long as the Western-dependent Iraqi government cooperated. And when we unceremoniously pulled out—the last convoy exited quite literally in the dark of night—we left the same old void for the next power-players to fight over.  Again, Anderson and Stansfield foresaw the outcome:

The reality is that any government in Iraq that is democratically elected will be fractured by communal blocs that seek to advance their interests. . . For democracy to stand any chance of taking root in Iraq, it must produce a government that can improve the quality of life for ordinary Iraqis, and sooner rather than later. A power-sharing government is ill-equipped to meet this challenge. Given that this is the case when. . . access to economic and other resources [are] controlled by Americans, there is little reason to believe that politics will be any less fractured, competitive, and antagonistic if and when the Iraqi government does gain access to resources. Quite the opposite: increased access to resources will almost inevitably lead to increased competition, resentment, antagonism, and most likely violence.

So what lies next for Iraq? A Shiite theocracy, sympathetic to Iran? Quite possible. A Saddam-like, Sunni state with broader, pan-Arabist inclinations? Not impossible, although less likely. And remember, there’s still all that oil up north by Mosul, so the Kurds can’t stay out of the in-fighting, even if they wanted to. We may be seeing less of Iraq in the U.S. media for a while, but  the real war for Iraq is far from over.

4 responses to “The Cradle of Conflagration: The End (and Beginning) of the War for Iraq”