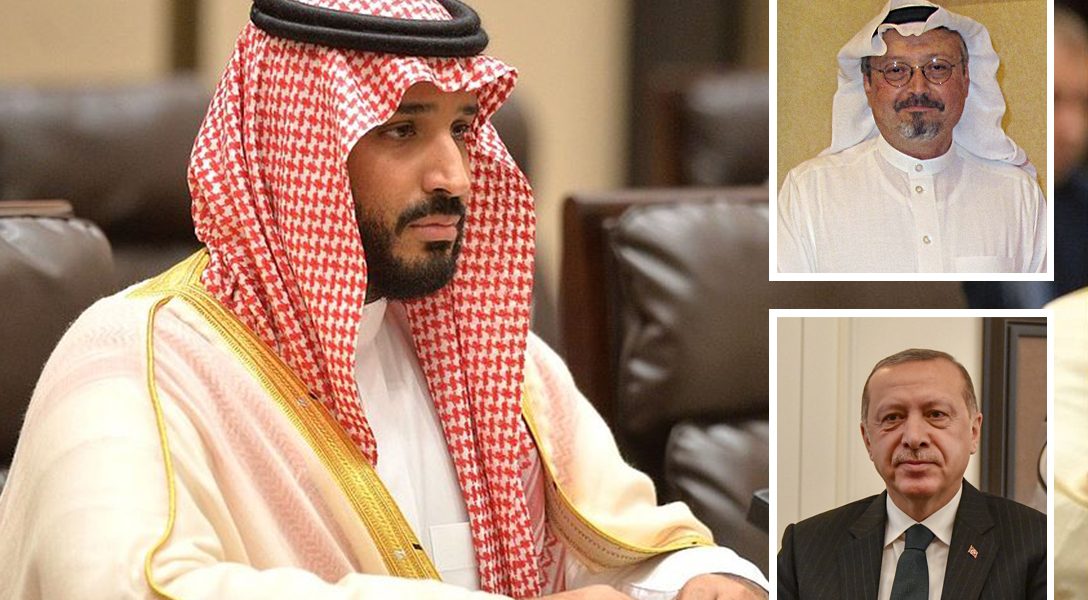 Despite taking the highly unusual move of slapping sanctions on 17 Saudi officials allegedly involved in the murder of journalist and dissident Jamal Khashoggi, the Donald Trump White House appears to be doing all it can to protect its Saudi allies.

Besides Saudi Arabia, Turkey is the other main Middle Eastern protagonist in a saga that has now riveted the attention of the international media and foreign leaders for a month and a half. Amid reports that the murderers could be silenced through death sentences in Saudi Arabia, the US has made a number of conciliatory moves toward Turkey in recent days that many have seen as an attempt to smooth over the crisis between Ankara and Riyadh.

Aside from the sanctions, those gestures include placing bounties on several Kurdish guerrillas linked to the Syrian Kurdish forces who are the main ally of the US in the fight against Islamic State, and even reportedly considering extraditing Fethullah Gulen, the Pennsylvania-based self-described moderate Islamic preacher whom Turkey accuses of organizing a failed coup against Turkish President Recep Tayyip Erdogan in 2016. Coincidentally or not (that development was more closely linked to the freeing of an American pastor held in Turkey since the coup attempt), exactly one month after the murder, Turkey and the US lifted mutual sanctions on each other that had crippled Turkey’s currency, the lira.

Most mainstream media reports have barely scratched the surface of the convoluted intrigue surrounding Khashoggi’s murder. A few journalists have pointed out that the Saudi monarchy often functions like a mob, and Khashoggi, who among other things was famous as an acquaintance of the late Osama Bin Laden, was in some ways comparable to a made man gone rogue.

A number of other observers have pointed out that Turkey has its own diverse reasons to pick a fight with Saudi Arabia, as well as the undeniable pretext that the murder took place in Istanbul, the country’s largest and most famous city. Some of it has to do with a desire to change Saudi foreign policy — and perhaps even US foreign policy, to the extent that Turkish officials perceive the US as a main ally of Saudi crown prince Mohammed bin Salman, who the Turks (and others including the CIA) believe was behind the murder.

“The Trump administration undoubtedly played a leading role in the [2017] palace coup that took place within the Saudi Royal Court,” reads a research paper on the death of Jamal Khashoggi published by the Turkish Radio and Television Corporation, a government mouthpiece. “This move helped the Deputy Crown Prince, Mohammed Bin Salman (MBS) jump the succession line and establish himself as Crown Prince.”

Some of Turkey’s motivation to hold Trump’s feet to the fire of international outrage by gradually releasing gory facts and speculations about the murder through its well-oiled media machine goes to Erdogan’s links to the Muslim Brotherhood. The Muslim Brotherhood is an organization loathed in Saudi Arabia due to its attempts to link Islamism and democracy (a bane to the Saudi elite). The Brotherhood, to which Khashoggi was also close, nevertheless has a well-known dark side: it ultimately spawned Bin Laden’s al Qaeda.

So far, Turkey has been successful at capturing global attention through a cinematic media-spun tale of how Khashoggi was alternatively strangled, cut to pieces, murdered by lethal injection, and/or dissolved in acid. Some of the most recent twists in that tale include details about how Saudi intelligence officials were horrified by the tapes Turkish intelligence reportedly has of the murder and how more tapes may be in the coming.

While the efforts to get the truth about the brutal murder of a journalist out to the world deserve every bit of admiration and support, the fears of Saudi Arabia’s rulers are also, to an extent, understandable. In a month, it will be exactly 200 years since the last king of the first Saudi kingdom was brought in chains to Istanbul, tortured publicly and executed, putting an end to his kingdom. While it seems extremely unlikely that Mohammed Bin Salman would follow his path, nothing can be ruled out in today’s Saudi Arabia — Khashoggi’s fate is a poignant illustration of this.