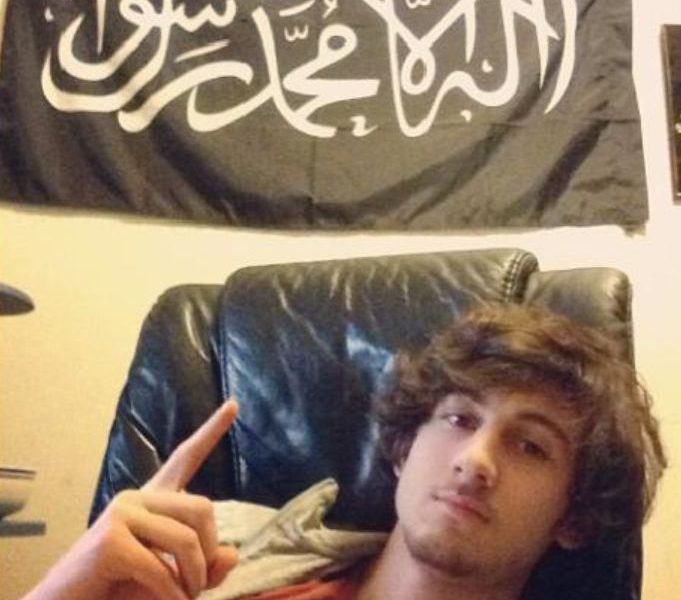 Remember not all white Christians killed all the Indians and enslave all the blacks – most Muslims are good and are not terrorists. What a mind game – it should be simple logic!

Thanks, Lara, (and wiseowl too), for making this attempt to set the record straight! Would be nice to think that some members of the msm would do some research before purveying disinformation but guess this is too much to expect! Prosecution/government taking advantage of the ignorance of some in order to further their propaganda and Islamophobic rhetoric?

Muslims of all countries, hang these cloths which simply contain verses of the Koran, sometime in very ornate golden embroidery, sometimes they are beautifully framed. In Islamic countries there has always been great emphasis on beautiful calligraphy because no icons are allowed (to avoid worship of false prophets).
This “flag” if you wish to call it contains the Shehada, a verse of the Koran, in Arabic calligraphy. It means a Muslim lives in that home essentially. Just as you would expect a crucifix or a statue of Mary or a saint in the home of a Christian and a Mezuzah on the entry door of a Jewish person or one of the Hindu Gods in a Hindu home.
Religious belief or lack of is supposed to be protected in this country but with Islam, the ignorance prejudice and intolerance is astounding and anything goes and main stream media seems to be beating the band.