Reading Time: < 1 minute Most people do not know about Gen. Wesley Clark’s astonishing assertion: that he was told of US plans to use 9/11 as an excuse to invade seven countries in five years. 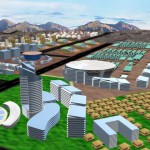 Located in Kurdistan, at the nexus of northern Iraq’s border with Iran and Turkey, AUI-S opened its doors in 2007. At the time, Thomas Friedman of the New York Times wrote about it with the sort of wide-eyed enthusiasm that had generally accompanied the invasion itself four years before. “Imagine for a moment if one outcome of the U.S. invasion of Iraq had been the creation of an American University of Iraq…Imagine if we had created an island of decency in Iraq…Well, stop imagining.”
[Read the rest]

Bush, Rumsfeld and Iraq: Is the Real Reason for the Invasion Finally Emerging?

Reading Time: 4 minutes In Donald Rumsfeld’s new book, Known and Unknown, out February 8, Rumsfeld offers an account of George W. Bush’s early interest in Iraq.  This was just days after the 9/11 attacks.  There were no apparent reasons for Bush to focus on Iraq, instead of on the actual perpetrators of the attacks. Here’s the Rumsfeld version Read More