Ten-year-old folk singer Bohdanka Stavnicha may be Ukraine’s answer to Shirley Temple for the times. Within weeks of creating her first TikTok profile in August, the pint-sized virtuoso gained over 27,500 followers who tuned in to her video performances, where Stavnicha often appears in traditional, embroidered shirts — or vyshyvanki — alongside her mother Katia and their tabby Pikavka, as in “Peep,” named for the sound the kitten makes when he meows along to the music.

Yet the wholesome content creator has been banned on TikTok three times after her patriotic Ukrainian songs started going viral.

In one of Stavnicha’s most viral TikTok performances, she belts out ​​Війна сьогодення — “Today’s War” — a kind of battle cry that she composed:

Mother, why do you cry
My mother replies
Our people are dying
From missiles in the sky
But our soldiers are fighting
And Ukraine will bloom again

Ukrainian folk singer Bohdanka Stavnicha has been banned from TikTok multiple times after posting songs in support of Ukraine.

After singing the Ukrainian national anthem in a livestreamed video, Stavnicha’s profile was banned for inexplicable “community guidelines violations.” Her mother helped her create two more profiles that were also banned within weeks: once just after a livestream in which Stavnicha wore a vintage Mickey Mouse shirt and told her fans in English that she planned to sing the American national anthem as a tribute to the US for the country’s support of Ukraine.

Stavnicha believes that she’s being targeted and banned precisely because her patriotic hymns are such a boon to the war-torn country’s spirits. “I’d guess that TikTok keeps blocking me because our invaders [Russia] hate the fact that a Ukrainian girl like me can reach out to the world,” she told me during a phone call from her home in Khmelnytskyi Oblast — a region that lost water and power after Russian missile attacks during the last week of October. “And they want to stop me from sending moral support to our brave soldiers who are giving all of their hearts to save us, but I’m not scared.”

After multiple appeals from the singer’s fans, Stavnicha’s TikTok accounts were restored. But her livestreams now only receive a few dozen views — down from an audience of tens of thousands weeks prior. The singer and her mother believe Stavnicha has been “shadowbanned,” meaning that her followers can’t find her and no longer receive notifications when she posts new content.

Shadowbanning is a form of soft censorship that doesn’t completely delete or ban a content creator, but makes their videos harder to find. TikTok and other platforms have denied the use of shadowbanning tactics since users began accusing social media companies of discriminatory censorship in recent years. But leaked documents published by The Intercept indicate that TikTok’s internal content moderators –– whose count is now roughly 10,000 –– have historically been directed by TikTok leadership to suppress content that is disparaging to China’s “national honor,” as well as posts featuring people whom moderators decide appear poor, unattractive, or disabled.

Despite their frustrations with the platform, Stavnicha and her mother continue to post on TikTok. They’re glad to have their accounts restored because they believe TikTok is the best way that they can reach Ukraine’s supporters. When TikTok restored Stavnicha’s accounts, it didn’t offer an explanation, but Katia thinks it has something to do with her daughter’s biggest fan and advocate, pro-Ukraine TikToker Crina Cojanu. Cojanu relentlessly defends Stavnicha’s accounts by reporting bots and publicly shaming the app for allowing graphic explosions and sexually explicit content on the platform while banning a child for performing Ukrainian music.

A fashionable millennial from Romania, now living in Wales, Cojanu has a penchant for coral lipstick and perfectly sculpted eyebrows. She initially developed her TikTok audience with lighthearted lip-syncing videos in the year preceding the war. After Russia’s invasion, Cojanu became one of the loudest voices in a group of two dozen international pro-Ukraine TikTokers who co-create videos aimed at keeping the war in the “news” on the platform and policing TikTok for what they feel is targeted discrimination against Ukraine supporters. She says anonymous bots and trolls who post comments like “Putin missed one” under videos of fleeing refugees are going unpunished, while Ukraine supporters get banned without cause. 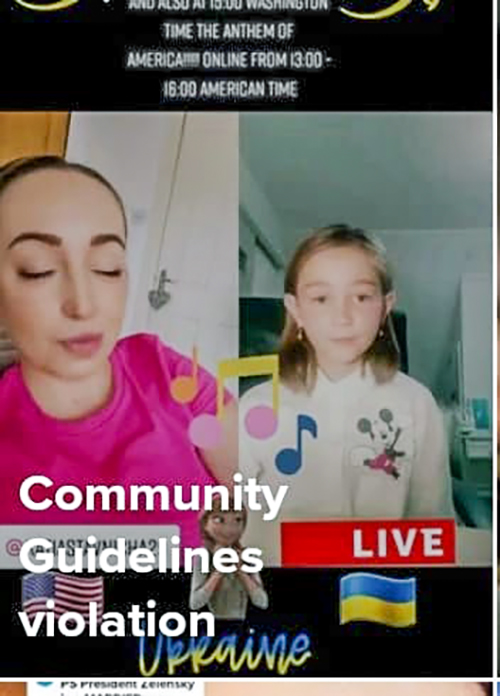 For 38-year-old Cojanu, Ukraine’s struggle brings back traumatic memories from her own early childhood in Romania, which Communist dictator Nicolae Ceaușescu ruled until the 1989 revolution. “I remember how hard we had to fight for our freedom to become a democratic country,” she says. “That’s why I support Zelenskyy.”

For other TikTokers born in democratic countries such as Canada, Germany, Australia, Spain, and the US, supporting Ukraine is a matter of “doing what’s right so we can stop innocent humans from getting slaughtered,” says TikToker Gregory W. Thomason, a 28-year-old US veteran who is volunteering with the Ukrainian military as a combat trainer. Since March, Thomason has used TikTok to document his trainees’ progress in a program he developed to teach new recruits basic rescue and combat maneuvers, while living in makeshift barracks. By his count, he’s trained over 4,000 rookie soldiers — and saved dozens of abandoned farm animals and dogs, including a “lucky” German shepherd he adopted and named “Seven.” 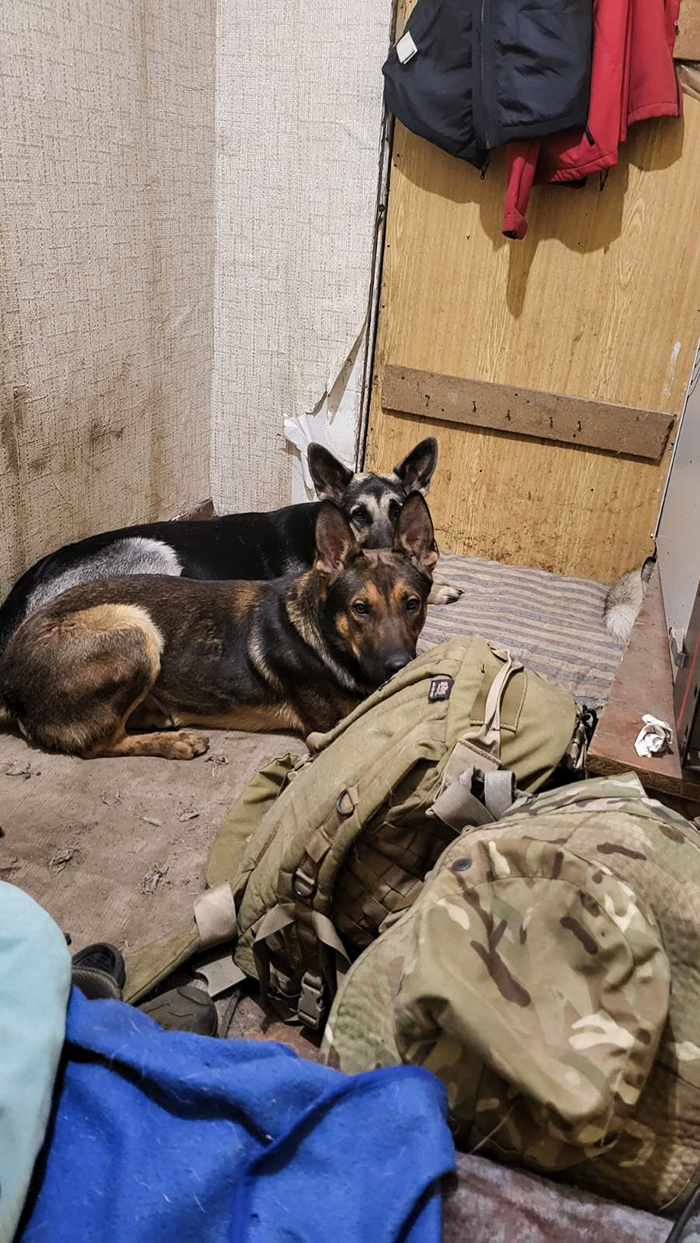 Thomason decided against enlistment in Ukraine’s army because he says training Ukrainian soldiers is more impactful than being one and because he doesn’t want to lose his US veteran status. This means that he hasn’t received a paycheck in seven months. To pay for his food and living expenses, he said he took to fundraising on TikTok until his profile was shadowbanned and his view count decreased. His TikTok friend, 28-year-old Christy Shay from Atlanta, GA, got fed up with the platform and created a separate donation landing page to help Thomason raise funds. 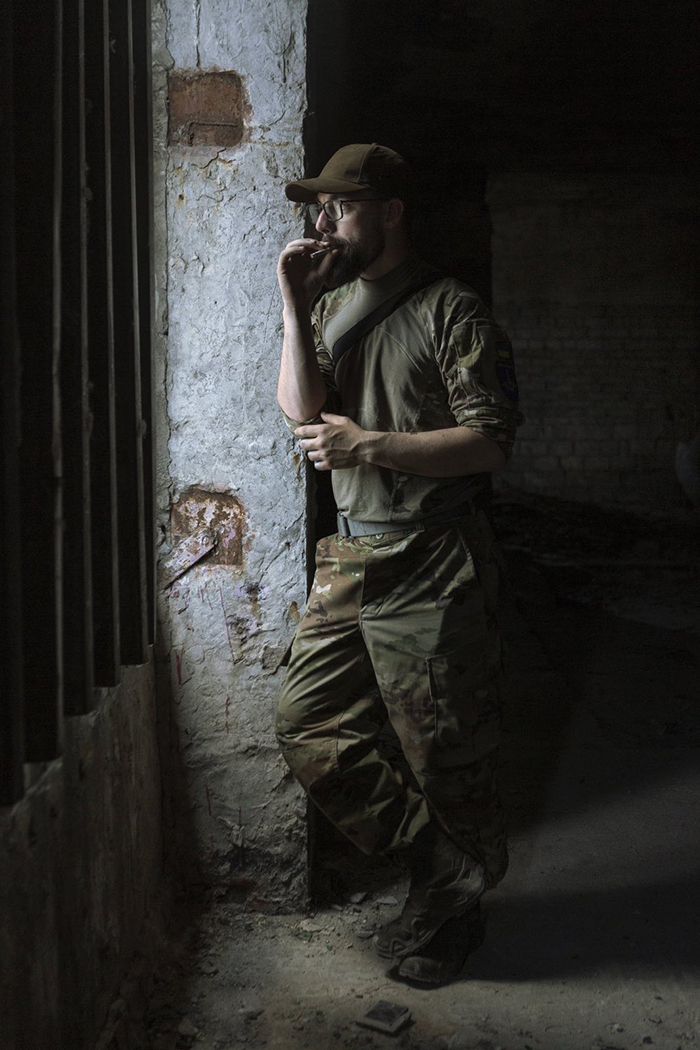 Shay and half a dozen other TikTokers have told me that they’re on their second or third accounts because TikTok deleted their profiles after they posted content in support of Ukraine.

“TikTokers who support Ukraine just seem to have a target on their heads,” said 37-year-old Australian content creator Quintin Henneberg. “I’m so tired of good people getting their voices silenced.” Henneberg adds that he formerly followed more than 250 pro-Ukrainian TikTokers who disappeared from the platform around August 24, Ukrainian Independence Day.

Some of the TikTokers have shared that they fear that the platform is directly working to silence content about Ukraine as a way to help Russia. Others, like 53-year-old @Crazyrussiandad, who works as an AI engineer when he’s not posting satirical TikToks about Communism, say the platform may just be overrun by Russian spam bots. At the start of the war, his own account was blocked after he spoke out against the war to his 218,600 followers. No one replied to his complaint on Twitter on February 27, but his account was restored several days later. “I think that TikTok notoriously does whatever they want without explanation,” he said. “Just like the former Soviet Union.” 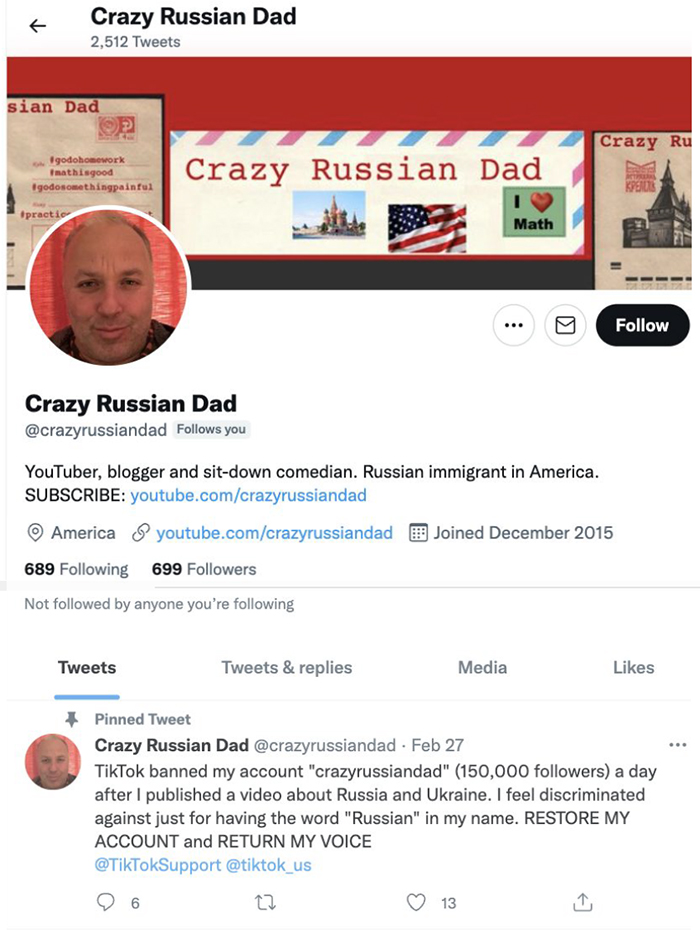 @Crazyrussiandad appealed to Twitter when his satirical TikTok account, which has over 218,600 followers, was deleted after he published a video expressing his opinion about Russia’s invasion on February 27, 2022. Photo credit: Twitter screenshot.

In the early weeks of Russia’s invasion, cable news featured TikTok videos, and top publications widely reported on the “First TikTok War.” Yet since April, searches for Ukraine or Russia seem more likely to yield results like dance challenges and beauty products rather than news or footage from the front lines, as it had just weeks before. Meanwhile, pro-Ukraine TikTokers reported that their accounts were being repeatedly taken down.

“How does TikTok decide what’s fake? I’m a real person who’s posting real videos,” asked Thomason, the American vet. “I think my videos get removed and shadowbanned just because I post about the war.”

In an interview, TikTok’s Global Safety and Policy spokesperson Ben Rathe told me that the platform does not censor content about Ukraine. It does, however, ban content — or make it ineligible for the platform’s For You page feed — when users violate the company community guidelines. These entail standard social media no-no’s such as illegal drug use, violence, and self-harm, but there’s also some gray area around how the posts might make users feel. The For You feed is described as a place for “original content that honors our mission of inspiring creativity and bringing joy to our diverse community around the world. … While the spontaneity of the FYF is what makes TikTok unique, the FYF is intended for a general audience that includes everyone from our teenage users to great grandparents.”

Given the lofty goal of “bringing joy,” one wonders how the platform’s 10,000 paid moderators interpret content about the war in Ukraine. Rathe said the public isn’t privy to that information because the more TikTok publicly discloses its proprietary strategy for countering and moderating fake or dangerous content, the easier it will be for bad actors to “subvert” the platform.

Rejecting a role in news delivery and politics is a textbook move for social media behemoths. Think of Mark Zuckerberg’s persistent denial of Facebook’s utility as a news media company after the 2016 presidential election, and its apparent lack of urgency to prevent misinformation in myriad events thereafter.

“TikTok claims it can’t be a risk to democracy because it’s not a political platform,” said Salvatore Romano, head of research at Tracking Exposed, a digital-rights nonprofit. By denying its role in world politics, Romano said that the platform can absolve itself of responsibility and keep its API closed. “TikTok just answers us with empty messages like, ‘We are doing our best to ensure the safety of our users,’ but they refuse our demands for transparency.”

That didn’t stop TikTok, however, from “shadow promoting” Russian propaganda. In March, Tracking Exposed published research showing that, after the Kremlin passed a “fake news” law in Russia, TikTok responded by blocking all international content — and by promoting pro-Kremlin content created by propaganda accounts. Tracking Exposed concluded that the move further disabled the Russian public’s access to news and content sources outside of the country while promoting support for Putin’s war.

While pro-Ukraine TikTokers are frustrated with the platform, they continue to use it. What choice do they have? Even though military vet Thomason is concerned that the app may be tracking his location in Ukraine, he hasn’t deleted TikTok from his phone because it’s his preferred tool to connect with civilian friends back in the US. He also uses it to listen to Stavincha, the Ukrainian Shirley Temple, when he can find her.

“It’s an incredible morale boost,” he said. “When we hear her singing, it reminds us what we’re fighting for.”