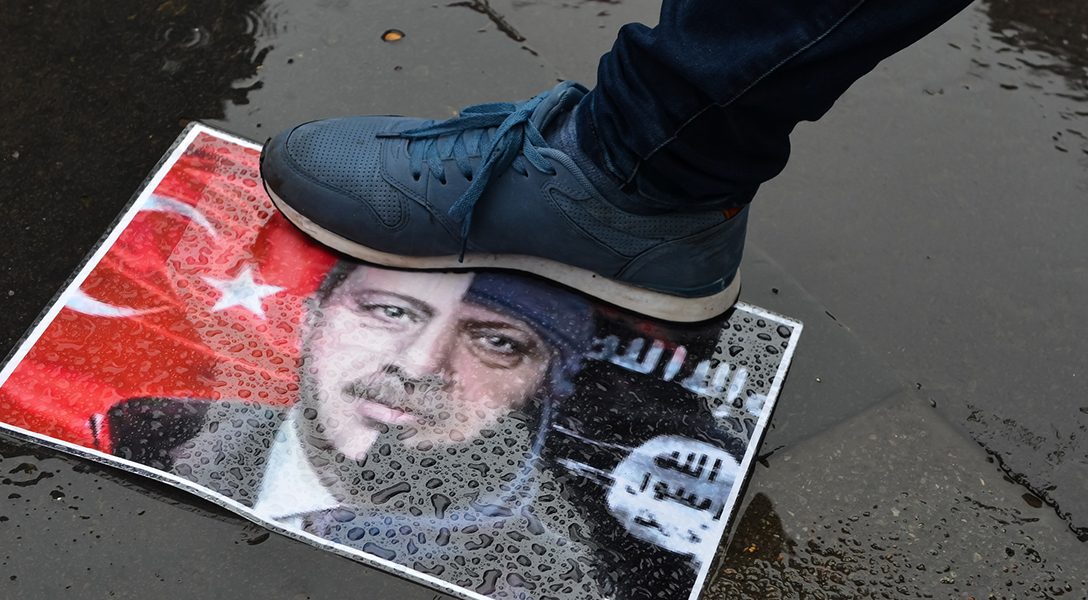 After the fall of the Syrian Kurdish city of Afrin on March 18, the Turkish operation in Syria has entered a particularly dangerous phase, with relations between the regime of President Recep Tayyip Erdogan and the US fast approaching a make-or-break point.

Turkey has set its sights on the next big Kurdish-held city in Syria: Manbij. The big issue there is that the city is protected by a US force that has so far refused to stand down. In early February, top US generals and Turkish officials exchanged military threats over the fate of Manbij.

WhoWhatWhy has covered the crisis in northern Syria since before it started to spiral out of control months ago. The capture and sacking of Afrin — evacuated by the US-allied Kurdish force as the Turkish army and its allies prepared to storm it — was just the latest chapter in that saga.

Few analysts doubted that the Turks would be able to take Afrin, whose total population prior to the invasion was a fraction of the size of the Turkish army, but most expected a tough and bloody urban campaign. Instead, the Kurds — whose attempt to build a rare experiment in radical democracy in Syria suffered a big setback — have threatened guerrilla war: their version, perhaps, of Mao Zedong’s Long March.

Worse still, Syria is hardly the only overheating flashpoint between Turkey and its US and European allies. Slightly to the west, tensions have arisen over oil reserves in the region. In February, the Turkish navy chased a drillship hired by Eni — a major Italian oil company — off the coast of Cyprus. More recently, a US navy ship has reportedly arrived at the divided island to keep an eye on an ExxonMobil exploration attempt.

To the east, the Turks reportedly started a separate military operation against Kurdish forces on Sunday, March 25, targeting the Iraqi area of Sinjar, where the Yazidi Kurdish people suffered a genocide at the hand of ISIS in 2014. Adding insult to injury and making it more difficult for the US to stomach such an offensive, the news came amid reports that Turkey’s military actions are enabling a minor ISIS resurgence in Syria and Iraq. Turkey has previously been accused of hiring ex-ISIS fighters against the Kurds in Afrin.

From a Turkish perspective, an ominous sign for the future relationship with the US is the replacement of Secretary of State Rex Tillerson and National Security Adviser General H.R. McMaster with, respectively, former CIA chief Mike Pompeo and former Bush administration UN ambassador John Bolton.

Back in 2016, during a failed coup against Erdogan, Bolton told Fox News: “I have no charity in my heart for Erdogan, if he goes down I’m not shedding any tears. I do not believe he is a friend to the United States.” According to Turkish media reports, Pompeo expressed a similar sentiment in a tweet that was later deleted.

Tillerson, moreover, was removed shortly after a long meeting with Erdogan with no translators — a visit that spawned many rumors, with the Turks claiming US promises that the Kurds will be driven out of Manbij and the US issuing denials. While there is hardly any reason to believe that Tillerson was sacked because of his Ankara visit, any promises made privately then could now be off, and tension between the two allies could easily escalate.

We are following the situation closely. Stay tuned.